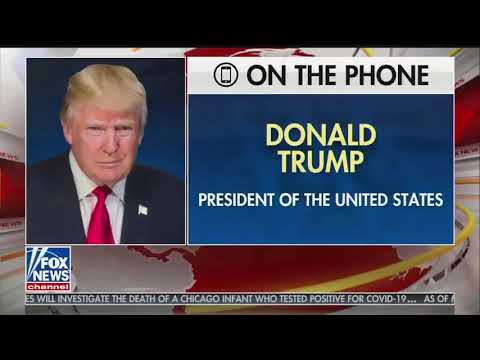 Ann Arbor (Informed Comment) – Colin Kalmbacher at Law&Crime surveys reactions to Trump’s admission in an interview on Fox News that a mail-in ballot program that made it possible for the public to vote with ease and increased turnout would keep Republicans from ever being elected again.

Voter suppression has not always been a purely Republican policy. The Democratic Party, back before 1964, dominated the South, and whites during the Jim Crow era systematically denied African-Americans the right to vote. They used techniques like literacy tests. Since some African-Americans at that time voted Republican, this was in part a way of maintaining the American Apartheid, but it also functioned to make sure the Democratic Party machine was not challenged. With the Nixon strategy of the 1970s, after the Democrats passed the Civil Rights Act, Southern whites were largely enticed into the Republican Party, which then turned around and began championing voter suppression of African-Americans and other minorities. Evangelicals in the latter part of the 20th century were about a quarter of the US population, and they became enormously influential in the Republican Party.

The Nixon strategy was at first enormously successful for the GOP. From 1981 to 2008, Republicans had the White House 20 out of 28 years. But then the party developed a problem. It had tied its fortunes to Southern whites and to the evangelicals, along with its staple of the business classes.

The composition of a country’s population changed over time, and generations differ from one another in attitudes. The racist Nixon strategy is not working any longer.

First, Hispanics are now 18 percent of the US population, up from about 6 percent in 1980. In order to win fairly, Republicans needed to gain a significant proportion of that vote. The Bushes knew this, and cultivated that constituency. George W. Bush typically attracted 40 percent of the Hispanic vote. But the dominance of Evangelicals and xenophobic southern and rural whites turned the party increasingly xenophobic and anti-immigrant. (Most Hispanic Americans are not immigrants, but many whites coded them that way). The increasingly vitriolic racism of the Tea Party and the Republican base against Hispanics drove some of them out of the party. Trump only got 28 percent of the Hispanic vote, very substantially off from Bush’s percentages. His favorability ratings by late last fall had further fallen among Hispanics to only 25 percent.

Then, Asian-Americans and Pacific Islanders now make up 6 percent of the US population, up from 1.6 percent in 1980. They now come to over 20 million people. Many were conservative and business-oriented and the old Republican Party had a shot at them. But the racism has also caused many of them to flee. They heavily now favor the Democrats and they really don’t like Trump..

Further, according to Pew, white evangelicals as a proportion of the population have plummeted from 23 percent in 2004 to only 16 percent today. Pew finds that among white Protestants, evangelicals have retained their proportion, but not in the general population (i.e. many fewer Americans identify as Protestants or as religious at all). So white evangelicals could help put Bush in the White House, but just don’t have that kind of moxie any more.

And another thing: the proportion of whites in the population has fallen to only 60 percent from 75 percent in 2000. The number of counties that are majority non-white is rising. So since some significant proportion of whites vote Democratic, you can’t get elected just with what’s left of the white vote. Trump got in only because a few tens of thousands of traditionally Democratic whites in the Midwest switched to him because he said he’d bring jobs back from China and because there was a significant fall-off in the African-American vote, at least a point in Michigan, for instance.

So the lesson is that Republicans can now only win by poaching whites from the Democrats and by suppressing the minority vote.

They succeeded in 2016 (and the lackluster campaign of Hillary Clinton helped). But in the electoral college, Trump’s victory was by the skin of his teeth in three Midwestern states. The old saying attributed to circus impresario P. T. Barnum is that “A sucker is born every minute.” But the opinion polling in Michigan, at least, does not support the notion that white workers are likely to be suckered again.

So if Trump can’t steal some white Democrats this time, that really does leave only one hope, which is to find ways of preventing African-Americans, Hispanics, and Asians from voting.

The Republican Party has obviously made some very bad choices. Gravitating to the Neo-Fascist Breitbart crowd, the nativist crazies, the rapidly declining evangelicals, and generally old white people has been stupid policy. But it is in many ways Nixon’s legacy. What worked in the 1980s may not work in the 2020s. And if the numbers are any indication, the Republicans could become a long-term minority in the near future, as there were from 1931 until 1952.

The arc of history may or may not bend toward justice but it sure as hell bends toward reality.