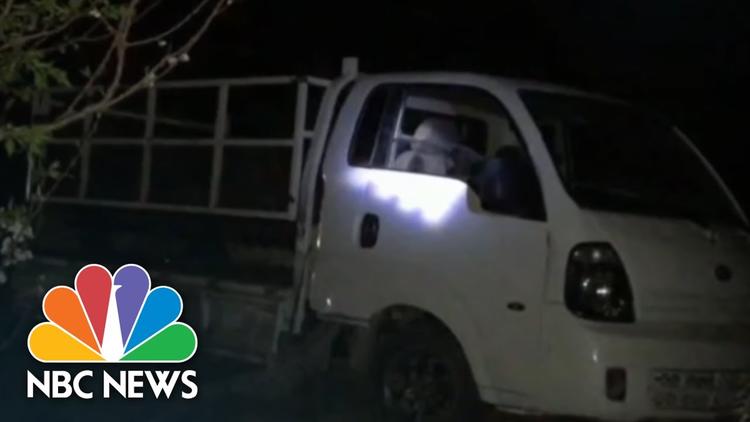 ( Tomdispatch.com) – Americans are facing “A Spring Unlike Any Before.” So warned a front-page headline in the March 13th New York Times.

That headline, however hyperbolic, was all too apt. The coming of spring has always promised relief from the discomforts of winter. Yet, far too often, it also brings its own calamities and afflictions.

According to the poet T.S. Eliot, “April is the cruelest month.” Yet while April has certainly delivered its share of cataclysms, March and May haven’t lagged far behind. In fact, cruelty has seldom been a respecter of seasons. The infamous influenza epidemic of 1918, frequently cited as a possible analogue to our current crisis, began in the spring of that year, but lasted well into 1919.

That said, something about the coronavirus pandemic does seem to set this particular spring apart. At one level, that something is the collective panic now sweeping virtually the entire country. President Trump’s grotesque ineptitude and tone-deafness have only fed that panic. And in their eagerness to hold Trump himself responsible for the pandemic, as if he were the bat that first transmitted the disease to a human being, his critics magnify further a growing sense of events spinning out of control.

Yet to heap the blame for this crisis on Trump alone (though he certainly deserves plenty of blame) is to miss its deeper significance. Deferred for far too long, Judgment Day may at long last have arrived for the national security state.

Origins of a Colossus

That state within a state’s origins date from the early days of the Cold War. Its ostensible purpose has been to keep Americans safe and so, by extension, to guarantee our freedoms. From the 1950s through the 1980s, keeping us safe provided a seemingly adequate justification for maintaining a sprawling military establishment along with a panoply of “intelligence” agencies — the CIA, the DIA, the NRO, the NSA — all engaged in secret activities hidden from public view. From time to time, the scope, prerogatives, and actions of that conglomeration of agencies attracted brief critical attention — the Cuban Bay of Pigs fiasco in 1961, the Vietnam War of the 1960s and early 1970s, and the Iran-Contra affair during the presidency of Ronald Reagan being prime examples. Yet at no time did such failures come anywhere close to jeopardizing its existence.

Indeed, even when the implosion of the Soviet Union and the end of the Cold War removed the original justification for its creation, the entire apparatus persisted. With the Soviet Empire gone, Russia in a state of disarray, and communism having lost its appeal as an alternative to democratic capitalism, the managers of the national security state wasted no time in identifying new threats and new missions.

The new threats included autocrats like Panama’s Manuel Noriega and Iraq’s Saddam Hussein, once deemed valuable American assets, but now, their usefulness gone, classified as dangers to be eliminated. Prominent among the new missions was a sudden urge to repair broken places like the Balkans, Haiti, and Somalia, with American power deployed under the aegis of “humanitarian intervention” and pursuant to a “responsibility to protect.” In this way, in the first decade of the post-Cold War era, the national security state kept itself busy. While the results achieved, to put it politely, were mixed at best, the costs incurred appeared tolerable. In sum, the entire apparatus remained impervious to serious scrutiny.

During that decade, however, both the organs of national security and the American public began taking increased notice of what was called “anti-American terrorism” — and not without reason. In 1993, Islamic fundamentalists detonated a bomb in a parking garage of New York’s World Trade Center. In 1996, terrorists obliterated an apartment building used to house U.S. military personnel in Saudi Arabia. Two years later, the U.S. embassies in Kenya and Tanzania were blown up and, in 2000, suicide bombers nearly sank the USS Cole, a Navy destroyer making a port call in Aden at the tip of the Arabian peninsula. To each of these increasingly brazen attacks, all occurring during the administration of President Bill Clinton, the national security state responded ineffectually.

Then, of course, came September 11, 2001. Orchestrated by Osama bin Laden and carried out by 19 suicidal al-Qaeda operatives, this act of mass murder inflicted incalculable harm on the United States. In its wake, it became common to say that “9/11 changed everything.”

In fact, however, remarkably little changed. Despite its 17 intelligence agencies, the national security state failed utterly to anticipate and thwart that devastating attack on the nation’s political and financial capitals. Yet apart from minor adjustments — primarily expanding surveillance efforts at home and abroad — those outfits mostly kept doing what they had been doing, even as their leaders evaded accountability. After Pearl Harbor, at least, one admiral and one general were fired. After 9/11, no one lost his or her job. At the upper echelons of the national security state, the wagons were circled and a consensus quickly formed: no one had screwed up.

Once President George W. Bush identified an “Axis of Evil” (Iraq, Iran, and North Korea), three nations that had had nothing whatsoever to do with the 9/11 attacks, as the primary target for his administration’s “Global War on Terrorism,” it became clear that no wholesale reevaluation of national security policy was going to occur. The Pentagon and the Intelligence Community, along with their sprawling support network of profit-minded contractors, could breathe easy. All of them would get ever more money. That went without saying. Meanwhile, the underlying premise of U.S. policy since the immediate aftermath of World War II — that projecting hard power globally would keep Americans safe — remained sacrosanct.

Viewed from this perspective, the sequence of events that followed was probably overdetermined. In late 2001, U.S. forces invaded Afghanistan, overthrew the Taliban regime, and set out to install a political order more agreeable to Washington. In early 2003, with the mission in Afghanistan still anything but complete, U.S. forces set out to do the same in Iraq. Both of those undertakings have dragged on, in one fashion or another, without coming remotely close to success. Today, the military undertaking launched in 2001 continues, even if it no longer has a name or an agreed-upon purpose.

Nonetheless, at the upper echelons of the national security state, the consensus forged after 9/11 remains firmly in place: no one screws up. In Washington, the conviction that projecting hard power keeps Americans safe likewise remains sacrosanct.

In the nearly two decades since 9/11, willingness to challenge this paradigm has rarely extended beyond non-conforming publications like TomDispatch. Until Donald Trump came along, rare was the ambitious politician of either political party who dared say aloud what Trump himself has repeatedly said — that, as he calls them, the “ridiculous endless wars” launched in response to 9/11 represent the height of folly.

Astonishingly enough, within the political establishment that point has still not sunk in. So, in 2020, as in 2016, the likely Democratic nominee for president will be someone who vigorously supported the 2003 invasion of Iraq. Imagine, if you will, Democrats in 1880 nominating not a former union general (as they did) but a former confederate who, 20 years before, had advocated secession. Back then, some sins were unforgivable. Today, politicians of both parties practice self-absolution and get away with it.

Note, however, the parallel narrative that has unfolded alongside those post-9/11 wars. Taken seriously, that narrative exposes the utter irrelevance of the national security state as currently constituted. The coronavirus pandemic will doubtless prove to be a significant learning experience. Here is one lesson that Americans cannot afford to overlook.

Presidents now routinely request and Congress routinely appropriates more than a trillion dollars annually to satisfy the national security state’s supposed needs. Even so, Americans today do not feel safe and, to a degree without precedent, they are being denied the exercise of basic everyday freedoms. Judged by this standard, the apparatus created to keep them safe and free has failed. In the face of a pandemic, nature’s version of an act of true terror, that failure, the consequences of which Americans will suffer through for months to come, should be seen as definitive.

But wait, some will object: Don’t we find ourselves in uncharted waters? Is this really the moment to rush to judgment? In fact, judgment is long overdue.

While the menace posed by the coronavirus may differ in scope, it does not differ substantively from the myriad other perils that Americans have endured since the national security state wandered off on its quixotic quest to pacify Afghanistan and Iraq and purge the planet of terrorists. Since 9/11, a partial roster of those perils would include: Hurricane Katrina (2005), Hurricane Sandy (2012), Hurricanes Harvey, Irma, and Maria (2017), and massive wildfires that have devastated vast stretches of the West Coast on virtually an annual basis. The cumulative cost of such events exceeds a half-trillion dollars. Together, they have taken the lives of several thousand more people than were lost in the 2001 attack on the World Trade Center and the Pentagon.

Earlier generations might have written all of these off as acts of God. Today, we know better. As with blaming Trump, blaming God won’t do. Human activities, ranging from the hubristic reengineering of rivers like the Mississippi to the effects of climate change stemming from the use of fossil fuels, have substantially exacerbated such “natural” catastrophes.

And unlike faraway autocrats or terrorist organizations, such phenomena, from extreme-weather events to pandemics, directly and immediately threaten the safety and wellbeing of the American people. Don’t tell the Central Intelligence Agency or the Joint Chiefs of Staff but the principal threats to our collective wellbeing are right here where we live.

Apart from modest belated efforts at mitigation, the existing national security state is about as pertinent to addressing such threats as President Trump’s cheery expectations that the coronavirus will simply evaporate once warmer weather appears. Terror has indeed arrived on our shores and it has nothing to do with al-Qaeda or ISIS or Iranian-backed militias. Americans are terrorized because it has now become apparent that our government, whether out of negligence or stupidity, has left them exposed to dangers that truly put life and liberty at risk. As it happens, all these years in which the national security state has been preoccupied with projecting hard power abroad have left us naked and vulnerable right here at home.

Protecting Americans where they live ought to be the national security priority of our time. The existing national security state is incapable of fulfilling that imperative, while its leaders, fixated on waging distant wars, have yet to even accept that they have a responsibility to do so.

Worst of all, even in this election year, no one on the national political scene appears to recognize the danger now fully at hand.

Andrew Bacevich, a TomDispatch regular, is president of the Quincy Institute for Responsible Statecraft. His new book is The Age of Illusions: How America Squandered Its Cold War Victory.