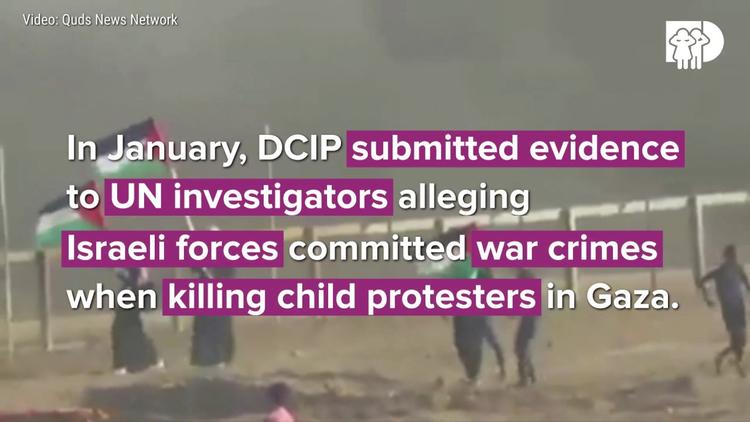 ( Middle East Monitor ) – Libelling human rights activists who expose the brutal reality of Israel’s seemingly never-ending military occupation of Palestine has been the standard modus operandi of anti-Palestinian groups. This tactic has been relatively successful in recent years because a number of western governments, including Britain’s, view vocal support for Palestine and opposition to Israel’s brutal occupation through the lens of “Palestinian terrorism” and not, as one would expect, within the context of the legitimate right to resist occupation as well as oppose racism. Moreover, a controversial “working definition of antisemitism” which conflates criticism of Israel with anti-Jewish hostility, has empowered advocates of Israel to defame critics of the Zionist state and the racist ideology that underpins it.

While both of these factors can be said to have had a chilling effect on free speech across Europe and the US when it comes to exposing Israel’s crimes, there is good reason to believe that despite the current hostility wherein universities and public institutions cave in to pressure and clamp down on pro-Palestinian activism, challenging the organised defamation campaigns by Israel’s network of civil society organisations can bear fruit. One such organisation is UK Lawyers for Israel (UKLfI).

A recent challenge was made against UKLfI by Defence for Children International – Palestine (DCIP), which is dedicated to defending and promoting the rights of children living in the occupied West Bank, including East Jerusalem, and the Gaza Strip. DCIP successfully sued the lawyers’ group at the High Court of Justice in London after UKLfI published blog posts on its website and sent letters to institutional donors alleging that DCIP had strong “links” to a “designated terrorist group”. It was, alleged DCIP, “a well-orchestrated political and media misinformation campaign” carried out since 2018.

As far as DCIP is concerned, UKLfI is part of a network of Israeli groups and their global partners “with the support of the Israeli Ministry of Strategic Affairs” which has led “targeted and organised defamation campaigns to delegitimise humanitarian and human rights organisations” working in Palestine.

While the full extent of UKLfI’s role in this network is unclear, the goal of Israel’s Ministry of Strategic Affairs is not. Prime Minister Benjamin Netanyahu personally tasked the ministry to marshal pro-Israel sympathisers and to create covert, anonymous groups to target pro-Palestine activists, often with the help of professional political consultants. Since the ministry’s launch, Israel has put together a million-dollar war chest and troll army that’s said to number 15,000 to take down pro-Palestinian groups.

Last month, DCIP claimed that it was the target of a fierce defamation campaign involving Israel’s Ambassador to the UN, Danny Danon, the Israeli Strategic Affairs Ministry, NGO Monitor and UKLfI. It was all intended, said DCIP, to block the human rights group from giving evidence at the UN Security Council in New York. DCIP senior adviser for policy and advocacy Brad Parker described the campaign at length in an article titled, “I was meant to talk about Palestinian kids at the UN. Israel forced me out”.

DCIP’s legal victory at the High Court is one of a number of similar victories against the pro-Israel, anti-Palestine lobby. In February, Britain’s Jewish Chronicle was forced to apologise to a Labour activist for libelling her over alleged “anti-Semitism”. The Electronic Intifada reported that the community newspaper admitted on its website that it had published “allegations about Mrs Audrey White” which were “untrue”.

The libel settlement was apparently reached after the UK’s press regulator ruled in December that the right-wing, pro-Israel newspaper, which published four articles about White, had been “significantly misleading” and that it had also engaged in “unacceptable” obstruction of the investigation.

Last year, the JC issued an apology to the trustees of Interpal, a British registered charity which provides humanitarian relief and development aid to Palestinians in need, and also agreed to pay damages. Associated Newspapers, the publisher of the Daily Mail and MailOnline, published full apologies and paid £120,000 in damages last year, again to the trustees of Interpal, along with their legal costs for similar defamatory claims. In February, UKLfI published a statement by Interpal’s trustees on its website “pursuant to section 15(2) of the Defamation Act 1996”.

The JC has been a major player within Israel’s network of anti-Palestinian groups. Back in 2014 it apologised and paid substantial damages to Human Appeal International after accusing it of being a designated entity in the US and claiming falsely that it supported suicide bombings. In the same year, the JC had to apologise to the Director of the Palestine Solidarity Campaign.

Paying substantial sums in damages is said to have pushed the JC towards financial ruin. Last year it was reported that the paper had required a major cash injection by “community-minded individuals” to avoid closure. In February, the weekly title announced that it would be merging with the Jewish News “to secure the financial future of both newspapers.” According to the Electronic Intifada, the group that owns the Jewish Chronicle’s newspaper and website operates at a loss of more than $2 million per annum, while the Jewish News has liabilities of more than $1.9 million.

In the US, meanwhile, a pro-BDS grocery store has won a major legal victory against Israel advocates over its decision to boycott Israeli products on moral grounds. The win for the supporter of the Boycott, Divestment and Sanctions campaign was seen as an embarrassing defeat for Israel advocates in the decade-long legal battle to sue Olympia Food Co-op.

As with the DCIP case, lawyers acting on behalf of Olympia Food Co-op said that the lawsuit against the store was part of a broad and growing pattern of activism seeking to suppress anyone supportive of Palestinian rights. The Centre for Constitutional Rights, which represented Olympia Food Co-op during the ten-year legal battle, denounced the campaign to drown out pro-Palestinian voices as the “Palestine Exception” to free speech.

Another case highlighting the fact that the legal route can bear fruit is that of the UN-accredited British organisation advocating on behalf of Palestinian refugees. In 2019 a British court ordered World-Check, a subsidiary of Reuters, to pay compensation to the chairman of the Palestinian Return Centre (PRC), Majed Al-Zeer, for listing the organisation as a terrorist group on its global online database. According to Al-Zeer, the PRC’s work in exposing Israel’s responsibility for the plight of refugees and its legal duty under international law had made the centre a target of the Israeli government.

With Israel entrenching its occupation further and locking six million people under an oppressive system, the targeting of human rights groups by its network of civil society organisations is likely to become more prevalent. Instead of demanding an end to Israel’s brutal takeover of Palestine and suppression of Palestinian rights, the pro-Israel groups will become even more fanatical and frantic in their attempt to silence and eliminate legitimate human rights work. Following the DCIP victory at the High Court in London, this should be seen as an opportunity to challenge the anti-Palestine lobby where it knows that it cannot win: in a court of law.