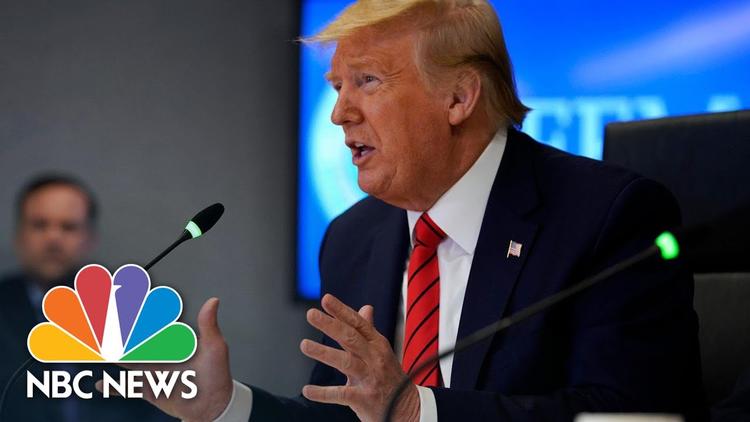 Trump’s message to governors on lifesaving medical equipment — “get it yourselves” — is grimly appropriate in a country without national health care.

( Foreign Policy in Focus) – A crisis, according to self-help and leadership books, reveals much about a person’s character. The same can be said of a nation’s character.

Since the latest pandemic began to spread out of China in 2020, countries responded in very different ways to the challenge. There was ingenuity, inflexibility, incomprehension, and sheer incompetence.

Diversity can be a beautiful thing. But not when it comes to battling a pandemic.

It wasn’t supposed to be this way. There was supposed to have been greater uniformity in response.

After the 2003 SARS epidemic, the World Health Organization (WHO) came up with new guidelines for responding to such outbreaks. These regulations are legally binding, and 196 countries signed the framework agreement. Unfortunately, as Selam Gebrekidan reports in The New York Times:

[D]ozens of countries are flouting the international regulations and snubbing their obligations. Some have failed to report outbreaks to the organization, as required. Others have instituted international travel restrictions, against the advice of the WHO, and without notifying global health officials.

Let’s take a look at a few countries — China, South Korea, Italy, and the United States — to see how the diversity of responses to the current coronavirus crisis showcases the best and the worst that these political systems have to offer.

China has treated the coronavirus as if it were an outbreak of political dissidence.

It has deployed the power of the state to stamp out the infection. It has censored dissenting voices. And, as is often the case with blunt-force approaches, it has achieved some success. While the virus is multiplying rapidly around the world, it seems to have been contained in China.

But there have been some disturbing side effects.

After some initial confusion, to put it charitably, the government moved quickly to shut down the epicenter of infection in Wuhan, the capital of Hubei province. The first case was reported on December 31 of last year, the new disease was identified as a coronavirus on January 7, the first death occurred in China on January 9, and Wuhan was under quarantine by January 23.

That two-week period between the first death and the announcement of the quarantine might seem like a long time. But on January 24, the government was still reporting only 830 infections. And, in some quarters, China was criticized for overreacting by shutting everything down, from schools to factories. One week later, however, the number of infections had climbed to nearly 10,000.

The quarantine methods wouldn’t show much effect until mid-February, when new infections began to level off. On February 18, Beijing reported around 72,000 infections. A month later, it had only reached around 81,000.

The government had the centralized authority to enforce the quarantine. It shut down internal transportation, canceled Lunar New Year celebrations, and shuttered Shanghai Disneyland. It deployed drones to warn groups of people gathering in public to disperse and go home. It placed millions of uninfected people in what amounts to house arrest, allowing only one member of a family household to go out every two days.

The government also attempted to censor the first reports of the new disease. Li Wenliang, a doctor in Wuhan, posted on social media on December 30 the first warnings about the coronavirus. The police brought him in for questioning and forced him to sign a statement that he had made “false comments” that had “severely disturbed the social order.” He later died of the disease.

The quarantine methods produced their own casualties. As Human Rights Watch notes:

A boy with cerebral palsy died because no one took care of him after his father was taken to be quarantined. A woman with leukemia died after being turned away by several hospitals because of concerns about cross-infection. A mother desperately pleaded to the police to let her leukemia-stricken daughter through a checkpoint at a bridge to get chemotherapy. A man with kidney disease jumped to his death from his apartment balcony after he couldn’t get access to health facilities for dialysis. And at least 10 people died after a hotel being used as a quarantine facility collapsed.

Citizens and journalists who have been trying to tell the full story of China’s war on the coronavirus still face censorship and harassment.

The Chinese government’s actions were not arbitrarily autocratic. “China’s leaders did fumble at the very start, yet in short order they acted far more decisively than many democratically elected leaders have to date,” Ian Johnson writes in The New York Times. “Authoritarian or not, they also want the public’s approval. Chinese leaders may not face voters, but they, too, care about legitimacy, and that hinges on performance for them as well.” And it’s not as if the democratic countries that eventually followed China’s example put their decisions to a vote.

Meanwhile, the success of China’s approach owes as much to the public’s sense of responsibility as it does to the government’s autocratic methods. Writes Tony Perman, who was quarantined in Shanghai, “Certainly the reality of authoritarian control, the subservience of the individual to the state or the collective, and the pressure to conform made widespread habit change both more feasible and acceptable, even if due to fear of retribution. But there was a palpable ‘all for one and one for all’ ethos.”

Even before South Korea experienced its first coronavirus case, the Korean firm Kogene Biotech was getting its test kits ready for production. Soon thereafter, the South Korean government gave regulatory approval for their use in the country.

The first cases in South Korea originated from China, which reawakened significant anti-Chinese sentiment that had been dormant since the resolution of the last trade dispute in November 2017. By the middle of February, however, a much more significant outbreak of the disease could be traced to one of the many cult-like religious sects in the country, and infections quickly rose into the thousands.

Soon enough, the South Korean government switched to testing overdrive. On February 26, the country began drive-through testing. By March 9, nearly 200,000 people had been tested for the disease. The government is also, more controversially, using a phone app that relies on GPS to track those in quarantine and make sure that they maintain their self-separation. A rigorous triage has sent all but the most serious 10 percent of the infected to recover at home, lessening the strain on the medical system.

As with China, there were some initial missteps, such as when the Moon Jae-in prematurely declared the virus contained in mid-February. But the hyper-connected country has been able to practice social distancing with relative ease as people went online to work remotely, order groceries, and maintain contact with friends.

The South Korean approach also seems to have worked. The rate of infection has leveled off, and the death rate remains very low at less than 1 percent. Instead of the draconian quarantining that China implemented, South Korea has relied on technology, a rapid response aided by ppali-ppali (fast-fast) culture, lots of testing and follow-up, and a general spirit of compliance.

European countries have responded in quite different ways to the virus.

Several countries, including a number that had earlier been so hostile to immigrants, quickly moved to close their borders. Germany has been characteristically blunt about the situation, with Chancellor Angela Merkel warning that 60-70 percent of the population will likely be infected before the outbreak is over. The Finns started preparing for the worst back in January, even taking steps to allow people to get communicable disease insurance in the event of quarantine.

The hardest hit country, however, has been Italy. As soon as two Chinese tourists in Rome tested positive at the end of January, Italy declared a state of emergency and stopped flights from China. When the virus appeared again, just outside the northern city of Milan, the patient was originally thought to have been infected by a colleague returning from China. But the colleague tested negative. The virus, in this case, more likely came from Germany.

The real problem was neither China nor Germany. It was the Italian hospital that grossly mishandled that initial case. The sufferer, according to The Washington Post, “sought medical attention multiple times, starting on February 14, but he wasn’t diagnosed until February 21 (after he infected his wife, hospital staff, several patients and others).”

Two other factors have aggravated the crisis in Italy. There’s the scofflaw tradition whereby many Italians flouted the initial lockdown declared in the northern region to crowd the rail stations and flee town by any means. One woman even paid over $1,300 to take a taxi from Milan to Rome.

Also, Italy has the second highest proportion of seniors in the world: 23 percent of the population is over 65. Only Japan has an older population. That helps to explain the high mortality rate of the disease in the Mediterranean country. In China, the mortality rate is 3.8 percent. In Italy, it’s nearly double at 7.3 percent.

In a head-to-head comparison between South Korea’s widespread test-and-track approach versus Italy’s attempted lockdown approach, the former appears to be far more effective.

Donald Trump has been an exceptional leader when it comes to addressing the coronavirus: exceptionally incompetent. He has exemplified the proud tradition of American exceptionalism, by which Americans believe that they are an exception to the rules that apply to the rest of humanity.

There have been five stages of American exceptionalism when it comes to the coronavirus.

Stage One: It won’t happen here.

Stage Three: It’s happening here, but it won’t be as bad as elsewhere so we don’t need to take the necessary precautions.

Stage Four: It’s happening here, and it might turn out to be a problem, but it’s best to address the developing crisis haphazardly rather than at a coordinated federal level.