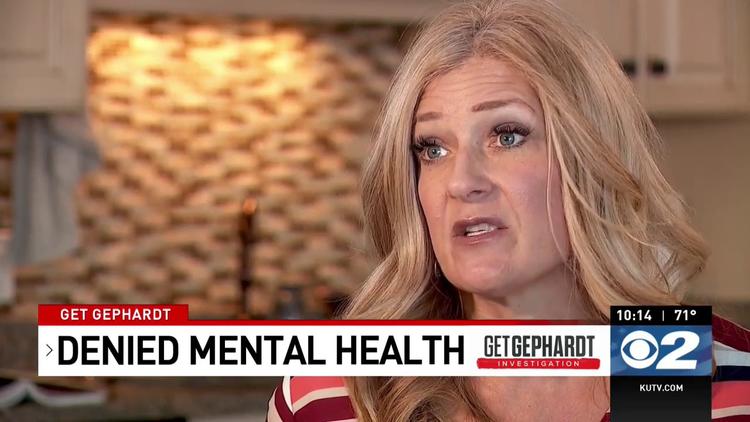 Gainesville, Florida (Special to Informed Comment) – Universal Medicare for All is a concept that a majority of Americans actually support . Of the 25 wealthiest nations in the world, the United States is the only one that doesn’t have it. The majority of these countries use single-payer, including the Netherlands — with its “managed chaos” form of universal healthcare .

The United States has the highest health expenditure per capita of any country. A survey by the Organization for Economic Cooperation and Development (OECD) assessed 13 developed nations including Norway, Australia, and the U.K. found that the USA had the lowest life expectancy, the highest rate of infant mortality, and high rates of heart disease and amputation as a result of diabetes. Of all the developed countries in the world, the United States possesses the dubious distinction of having both the most expensive healthcare system in the world — and the least effective.

Taxpayers in the United States have picked up 65% of this country’s total healthcare coverage, about $2.1 trillion in taxes. Many taxpayers of these same nations above have increased their investment in mental health services while the U.S. slashed its overall expenditures for psychiatric and mental health services. Mentally ill patients have been dumped into our communities poorly prepared for them. Thousands of the mentally ill have joined the street people in many of our cities, and, reminiscent of Elizabethan England, the county jail has become the primary community facility for housing most mentally ill people in the United States.

The Affordable Care Act (ACA) was supposed to contain costs and make insurance for health care affordable. It did bring coverage to 20 million but 30 million remain uninsured. Data indicate that the bad outweighs the good. It’s too expensive, unsustainable, overly complex and bureaucratic. Even worse, it’s a gift to private insurers and other corporate stakeholders and profiteers in the medical-industrial complex, (eg the annual health costs for a family of four covered by an average employer PPO are now well over $25,000). We could save $500 billion a year by enacting a nonprofit, single-payer, Medicare for All national health insurance program. Those savings would be enough to guarantee everyone high-quality care, with no cost sharing, on a sustainable basis. Statistics show that among Americans who are inadequately insured, a significant number are sicker and die younger than those who have insurance.

It is no mystery why this is happening in this country. Because the for- profit, private insurance industry so thoroughly dominates our health care system, the basic concept, purpose and system of health insurance is defined by them. The U.S. subscribes to a business model of health insurance that defines insurers as commercial entities. Private insurers maximize profits by mainly limiting benefits or by not covering people with health problems. Like all businesses, their goal is to make money. Under the business model, the greed of casual inhumanity is built in and the common good of the citizens and nation is ignored; excluding the poor, the aged, the disabled and the mentally ill is sound business policy, since it maximizes profit.

In most other developed countries, however, the aim of health insurance is simply to promote a social service for universal access to affordable health care for all citizens, not to generate profits for stockholders, CEOs and other private business entities. The U.S. is the only advanced country in the world with a health care insurance system based on avoiding sick people.

There are dozens of effective means to deal with human distress that involve talk between qualified professionals and people seeking help. Talk therapy is not one-size-fits-all. It is focused on emotional problems in relationship with oneself or others. Private insurers, with their focus on profit, seek to spend as little as possible on mental health care and treatment. Talk therapy sessions have been drastically cut by insurers. Privacy has been invaded and is no longer assured. Choice of therapist is no longer under patient control.

A systematic campaign to discredit the value and competence of talk therapists exists when drug and insurance companies assert, for example, that most types of long-term therapies are not “evidence based.” Insurance coverage for talk therapy has in fact steeply declined and people seeking talk therapy increasingly must pay for those services out of pocket.

Many people with emotional and psychological problems make good progress with talk therapy or with a combination of talk therapy and medication. While drugs can indeed by helpful, they alone do not “cure” emotional distress and sometimes have uncomfortable side effects. Certainly, there are biological aspects to many emotional and psychological problems, but biology is not the only cause (or cure) for these conditions.

Consumers of mental health care services do not have to be intimidated into accepting inadequate mental health treatment. Citizens have a right to demand effective clinical service. Tell your health insurance care plan that you want adequate access to qualified talk therapists if you have emotional, addiction or marriage and family problems. Let your employer or human resource department know that you want a solid mental health benefit that includes comprehensive talk therapy services.

We now have over two decades of experience with the conversion of mental health care into a business. Our health care is being rationed, with care guidelines determined by profitability and secrecy decided in private corporate boardrooms. To realize large profits demanded by Wall Street investors, our health system must attract the healthy and turn away the sick, disabled, the poor, many of the old, and the mentally ill. A study by the New England Journal of Medicine showed that a large number of Medicare HMOs engaged in favorable selection by “cherry picking” healthier individuals.

Our mental health care system needs to get private health insurance out of it. Little of value is offered by private insurance when 15 percent to 25 percent of the health care dollar is skimmed off for profit and overhead. If, for example, the existing Medicare program is now extended to all citizens (and not only to those 65 years and older) universal coverage or “Medicare for all,” for both mental and physical health is possible while strongly containing costs.

The transition to full enrollment in Medicare For All could be achieved by gradually dropping the eligibility age over five to ten years. Any losses in phasing out private health insurance industry jobs could be will offset by job gains in other American industries, especially since they would no longer by saddled with such high health insurance costs, as is now the case. Medicare For All must be tied to citizenship, not employment.

Medicare is much more efficient than private insurance and cannot deny care to those who need it the most. Administration by a single-payer public entity makes controlling costs more possible. Traditional Medicare runs for 2% overhead, somewhat higher than insurance overhead in universal single-payer systems like Taiwan’s or Canada’s. Yet even traditional Medicare is a bargain compared to the Affordable Care Act (ACA) strategy of filtering most of the new dollars through for-profit private insurers and private HMOs that subcontract for much of the new Medicaid coverage.

Nobel Prize recipient Bernard Lown, M.D., of the Harvard School of Public Health sums it up nicely: “One may only hope that Winston Churchill’s quip will soon be realized: ‘You can always count on Americans to do the right thing, after they have tried everything else.’ The United States has tried any number of bad solutions for providing its people with health care. Long overdue is the recognition that medicine is a necessary social service that should be accessible to all citizens.”