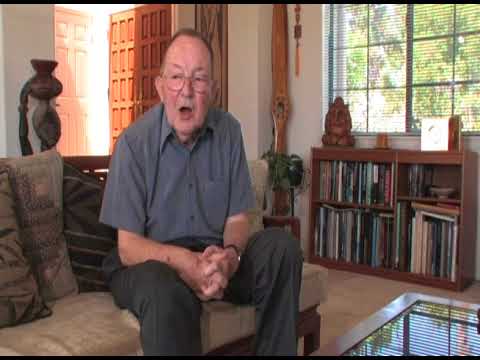 ( Responsible Statecraft) – It has been nearly ten years since Chalmers Johnson died, and twice that long since the publication of “Blowback: The Costs and Consequences of American Empire.” That Johnson’s condemnation of American imperialism originated in a conservative political and philosophical tradition makes him a somewhat unusual figure. Such viewpoints more characteristically come from the left than the right. The “Blowback” series, eventually comprising three volumes, remains a prime source for understanding the motives of American foreign policy in the Trump era and merits a retrospective appreciation.

A longtime political science professor at the University of California, Berkeley, Johnson was one of that institution’s most publicly visible conservatives during the anti-war protests of the 1960s. In “Blowback,” Johnson described himself as an Eisenhower Republican. He had believed in America’s anti-communist Cold War mission. After serving as a naval officer during the Korean War, he earned graduate degrees in political science at Berkeley and became a leading expert on China and Japan at his alma mater. He performed consulting work for the CIA where the term “blowback” was used to refer to unintended consequences of government policies.

Only after the end of the Cold War did Johnson begin to question the assumptions of the American foreign policy he had served in and out of uniform. He had understood the need for a far-flung American military presence to oppose the murderous tyranny of the Soviet Union. Why even after the Soviet Union had disappeared, however, did the United States continue to maintain an ever-increasing network of military bases? In “Blowback,” he set out to find answers to this question.

Johnson began with a confession. Although abysmally ignorant about the dysfunction and oppression in communist societies, the Berkeley radicals had understood the nature of American capitalism better than he had. American foreign policy did make sense only in the light of economics. During the Second World War, the United States had taken the lead in creating the International Monetary Fund and the World Bank as the financial means of creating a global capitalist order. To defend that order, an American empire of military bases would ring the globe. Everything everywhere would be a concern of the United States in its self-appointed role as the guardian of the status quo. The Soviet Union had been more a pretext than a reason for these worldwide operations, as the continued existence of an American empire of bases after the Cold War made manifest.

Keeping a lid on the cauldron of international problems stemming from a world order in which billions of people lived on less than two dollars a day and whole cultures suffered from the resentments of ethnic or religious marginalization would have the United States perpetually on the march fighting endless wars. This would be one form of blowback. Terrorism would be another.

Ironically, Johnson’s economic interpretation of American foreign policy resembled in some key respects the radical political views he always had opposed. Unlike the Berkeley radicals touting Herbert Marcuse and Frantz Fanon, however, Johnson looked to the country’s oldest traditions for inspiration. He found in George Washington’s “Farewell Address” a summa of responsible statecraft.

Johnson praised Washington for his sagacious criticisms of overgrown military establishments and for his support of a foreign policy predicated on the principle of no entangling alliances. The president wanted his country to mind its own business. He hoped that the government would devote its energies and resources to the cultivation of republican virtue in the American people, not detract from their well-being with initiatives favoring or demonizing foreign nations bound to involve us in expensive conflicts.

Our current leaders, Johnson contended, never would be quoting from Washington’s “Farewell Address” on foreign policy questions. It was much too subversive a document. The president’s address seemed to him a prophetic warning about blowback. Johnson thought that this forgotten legacy of the American Enlightenment should be the natural starting point for a sane foreign policy of peace and amity with all nations.

“Blowback” attracted little notice at the time of its publication, the year before 9/11. As Johnson later observed, it was dismissed as the compilation of “the oddball thoughts of a formerly eminent Japan specialist.” It took the destruction of the World Trade Center for the book to become a bestseller and achieve a large readership across a broad spectrum of political opinion, left to right.

A sequel appeared in 2004, “The Sorrows of Empire: Militarism, Secrecy, and the End of the Republic.” Here Johnson presented a survey of America’s world-spanning military bases and explained how 9/11 should be understood as a textbook instance of blowback. Terrorism attacks of this kind resulted from antagonistic reactions not to American values but to American policies formulated by a corrupt lobby-infested political system.

American foreign policy, Johnson argued, did not flow as a natural tributary from the mainstream of a republican culture promoting the common good of the people. Instead, the United States interacted with the rest of the world mainly according to the wishes of dominant lobbies working for the military-industrial complex, Wall Street, oil, and Israel — the chief architects, promoters, and beneficiaries of the American empire. These groups bore a heavy responsibility for our sorrows of empire: perpetual war, terrorism, the loss of democracy, disinformation, militarism, and insolvency. He concluded: “Nemesis, the goddess of retribution and vengeance, the punisher of pride and hubris, waits impatiently for her meeting with us.”

The third book in Johnson’s trilogy, “Nemesis: The Last Days of the American Republic,” appeared in 2006. The classical past provided a comparative framework for his critique of the American empire. Reading Edward Gibbon’s “Decline and Fall of the Roman Empire,” he saw a parallel between ancient Rome and the United States, where republics had given way to militarized empires. Rome’s imperial system had ended in bankruptcy, defeat, and dissolution. The United States would end the same way, our national delusions about American exceptionalism notwithstanding. It took five hundred years for the Roman Empire to fall, but Johnson felt certain that Nemesis was already close to settling accounts with America.

In a valedictory book published in 2010, the year of his death, “Dismantling the Empire: America’s Last Best Hope,” Johnson argued that for the republic to be revived, the country’s oligarchic political system would have to end. Money ruled and set the agenda for the presidents from both parties, including and above all in this book President Barack Obama. On foreign policy, Obama imperturbably inherited, maintained, and enhanced the militarism and imperialism of his predecessors. For the enormities of Operation Iraqi Freedom, Johnson did say that George W. Bush would rank as the country’s worst president, but he did not differ in principle on foreign policy issues from Clinton and Obama.

The commanding lobbies have had a cooperative partner in Trump as well. Typical of presidents since the Second World War, though with a style all his own, he has kept America on the course of empire. Yet Trump’s special devotion to the Israel lobby has resulted in his most serious foreign policy innovations. Of all the presidents, he has gone the furthest in linking America’s national interest with Likud Party aims. Exiting the Iran nuclear deal, recognizing Jerusalem as the capital of Israel as well as its sovereignty over the Golan Heights, and imagining that lasting peace in the Middle East can ensue from a total disregard of Palestinian claims for justice expresses the perfect meeting of minds between Trump and Benjamin Netanyahu.

The killing of Iranian General Qassem Soleimani in Baghdad earlier this year takes its place in the same series of Trump’s Middle East foreign policy decisions. Before giving this order, he doubtless did not pore over the “Farewell Address” for guidance. Apart from any moral, constitutional, and international law considerations about murdering a military officer and national icon of a country with which we were not at war, such a dramatically destabilizing act in a region already seething with anti-American discontents and vendettas is a taunt to the gods, daring them to do their worst with unprecedented blowback.

Richard Drake Richard Drake received a Ph.D. in history from UCLA in 1976. His teaching career at the University of Montana began in 1982 where in 2017 he became the inaugural holder of the Lucile Speer Research Chair in Politics and History. His published work includes four books on modern Italian history, including The Revolutionary Mystique and Terrorism in Contemporary Italy (1989), which will appear in a second edition later this year from Indiana University Press. He has published two books on American foreign policy: The Education of an Anti-Imperialist: Robert La Follette and U.S. Expansion (University of Wisconsin Press, 2013) and Charles Austin Beard: The Return of the Master Historian of American Imperialism (Cornell University Press, 2018). He currently is working on a book with the working title of “Mark Twain and the Course of the American Empire.”