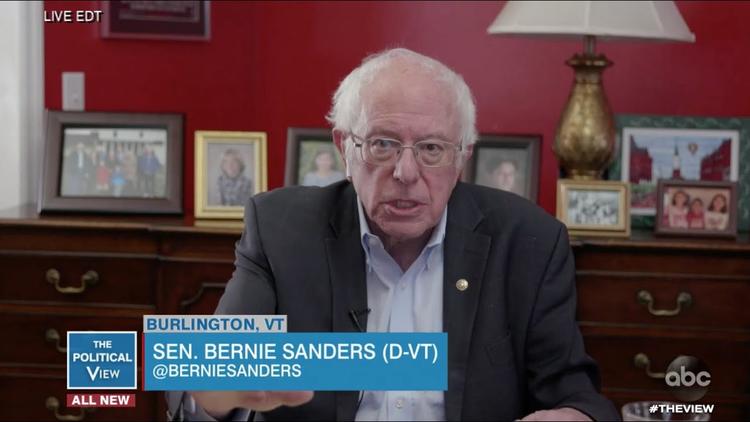 Gainesville, Florida (Special to Informed Comment) – Big business dominates our government and public health takes a back seat to the need for private profit. Many government leaders from both political parties share the same ‘profits over public health’ ideology, even though the Covid-19 pandemic clearly shows how our economic system has failed to serve our citizens by allowing these groups to privatize, sabotage, fragment and cripple our health, public health and other social services. No greater disconnect exists between the public good and private interests than in the U.S. system of for-profit health insurance. Big Insurance and Big Pharma are very powerful private interests that have shaped public policy in national health insurance and public health for the past 40 years.

To make governments less willing and able to respond to public health /environmental crises such as Covid-19, these companies fund right-wing think tanks to attack public health policy. By presenting government as a threat to freedom, the distinguished writer for The Guardian(U.K.),George Monbiot, described how right wing groups and big business create a narrative by reframing responsible government as the “nanny state”, the “health police” and “elf ‘n’ safety zealots”. They dismiss scientific findings and predictions as “unfounded fears”, “risk aversion” and “scaremongering”. Public protections are recast as “red tape”, “interference” and “state control”.

Supporting Medicare for All and basic principles of public health, one of the world’s leading medical journals, The Lancet (U.K.), recently published a study estimating that universal health care in the U.S. “is likely to lead to a 13% savings in national health-care expenditure, equivalent to more than US$450 billion annually (based on the value of the US$ in 2017).” The study continues:

“The entire system could be funded with less financial outlay than is incurred by employers and households paying for health-care premiums combined with existing government allocations. This shift to single payer health care would provide the greatest relief to lower-income households. Furthermore, we estimate that ensuring health-care access for all Americans would save more than 68,000 lives and 1.73 million life-years every year compared with the status quo”.

Research in the New England Journal of Medicine showed that administration consumes a total of 31 percent of U.S. health spending, with much of that waste attributable to private insurance company overhead and profit. If the single-payer plan pays health care professionals, hospitals and drug companies at levels comparable to Medicare’s current substantially lower rates, premiums for all individuals and families could be so low that the public plan could consume the market and end private health insurance.

Often the public is confused and fearful when the “socialized medicine” label is conflated with single-payer, Medicare-for-all, which simply is “socialized health insurance.” Whatever the pros/cons of socialized medicine, Medicare for All is not socialized medicine. Socialized medicine is a system in which doctors and hospitals work for and draw salaries from the government. Health-care professionals in the U.S. Veterans Administration and the armed services are paid this way. The good health systems in Great Britain and in Spain are other examples.

Most European countries, Canada, Australia and Japan have socialized health insurance, but not socialized medicine. The government pays for care that is delivered in the private (mostly not-for-profit) sector. This is similar to how Medicare works in this country. Physicians and other health professionals are in private practice and are paid on a fee-for-service basis from government funds. The government does not own or manage medical or mental health practices or hospitals.

The U.S. subscribes to a private business model for health insurance that defines insurers as commercial entities. Private health insurers also maximize profits by limiting benefits or by not covering people with health problems. Like all businesses, their goal is to make money. Under this business model of health insurance, the greed of casual inhumanity is built in and the common good of the citizens and nation is ignored. Excluding many in the middle class, the poor, the aged, the disabled and the mentally ill is sound business practice policy since it maximizes profit.

Today we still have tens of millions of individuals without insurance, many more who are underinsured, many who have impaired access to their physicians because of insurer network restrictions, many who face financial hardship when health needs arise, and an outrageously expensive system due to the profound administrative waste of the insurers and the burden they place on the health care delivery system when immense profit is required. With millions losing their jobs due to Covid-19, the dangers of connecting health insurance to employment are painfully clear. Health insurance must be tied to citizenship, not employment.

Universal Medicare for All is a solid investment in our country and all of its citizens. This investment simply promotes a social service for universal access to affordable health care insurance for all. Aren’t we a society that cares enough to see that everyone receive the health care they need? That’s the basic point of Medicare for All, and it’s certainly the right thing to do now with the Covid-19 pandemic.

Join the majority of Americans who support improved Medicare for all. Ask your legislator to support legislation in the House (H.R. 1384) and Senate (S. 1129) that would establish this badly needed reform.

0:02 / 5:09
Bernie Sanders Explains How His Medicare for All Plan Could Help During Pandemic | The View