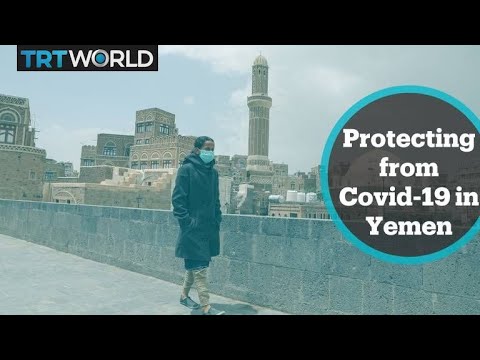 ( Middle East Monitor ) – Exactly five years ago, the US-backed, Saudi-led Arab coalition carried out its first air strikes on Yemen in an effort to reinstate the disgraced, exiled President Abdrabbuh Mansur Hadi. He is a statesman in name only who I have argued previously has neither power, authority nor legitimacy. The strikes targeted the Houthi movement, which is supported by the Yemeni armed forces, and the war, claimed the Saudis, was supposed to be over in a matter of weeks.

The war’s devastating effects have claimed over 112,000 lives and created the world’s worst humanitarian crisis. The steadfast and resilient Yemeni people have prevented the coalition from toppling the Houthi-aligned government in the capital, Sanaa.

After five years, in fact, it is fair to say that the Saudis and their mercenaries are on the verge of defeat. The Yemeni armed forces and “popular committees” which include Houthi forces are continuing their advances with their sights set firmly on the stronghold of Marib and the pro-Hadi, Islah militia which makes up the coalition-backed force on the ground.

The province of Marib is currently facing onslaughts on several main fronts: from the Nahm district of Sanaa province to the west; much of the recently-liberated Al-Jawf in the north; and from Sirwah district – a part of Marib already under Houthi control — and from the south in the Baydah province. Saudi air strikes continue in support of its mercenary ground forces although, as the years of conflict have shown, they are strategically ineffective.

The terrain, internal divisions among the mercenary forces, local distrust of Hadi and the relative ease of establishing relations in tribal areas captured by the Houthis are also reasons for their advance. Developments in missile defence systems which, according to the Yemeni armed forces, have been effective against some Saudi air strikes, coupled with more pre-emptive cross-border operations targeting Saudi military and economic interests are likely to change the direction of the war.

The Saudis know that the stakes are high in Marib, and losing it would be the end of the Saudi ground war against the Houthi-Yemeni army forces, which is why there have been fierce counterattacks, especially in Al-Jawf, which until recently had been in the hands of pro-Hadi fighters for the past five years. The province not only shares a border with Saudi Arabia, but the region is also rich in natural resources. Decades of Saudi policy, though, have ensured that Yemen has remained poor and unable to exploit its own oil reserves fully.

It is clear that the so-called Riyadh Agreement has failed to prompt a concerted effort among Saudi and UAE proxies to set aside their political differences and refocus their attention on the Houthis in the north. Clashes between the Saudi-backed Islah militia forces and those aligned with the UAE-supported separatist Southern Transitional Council (STC) are now routine, and have intensified in recent days in the southern port city of Aden.

The Sanaa-based government has made it clear that it will confront the coalition and its mercenaries in the country’s south and east. This not only implies fighting in the de-facto STC-held Aden, which was under the control of the Houthis back in 2015 before they were driven out, but also the oil-rich Shabwa province.

Having control of most of the population and the capital Sanaa; having a lot of the Yemeni military, including the Republican Guards, on their side; and with potential access and control of Yemen’s resources, the Houthi-aligned National Salvation Government (NSG) may finally get international recognition at the expense of the “legitimate” UN-recognised Yemeni government in exile under Hadi in Riyadh. At the moment, the NSG only has diplomatic relations with Iran and Syria.

READ: The fall of Hazm is the latest strategic blow for Saudi’s war in Yemen

Earlier this week, the Houthi-aligned Yemeni military spokesman, Brigadier General Yahya Saree, told a press conference that there have been more than 257,000 coalition air strikes over the past five years and warned that the sixth year “will be harsher and more painful”. In doing so he affirmed that Yemen is not in the same position militarily that it was at the start of the conflict.

In light of the Houthi forces’ strategic advances and superior political resolve, it is thus possible that we will see a political agreement to end the war, if not this year then next. In a promising sign, a leading member of the Supreme Political Council, Mohammed Ali Al-Houthi, tweeted that he welcomed Saudi Arabia’s decision to support a ceasefire at the behest of the UN Secretary-General due to the coronavirus pandemic.

It remains to be seen, therefore, how much longer the Saudis will continue their disastrous and illegal intervention in Yemen, especially with the oil war and looming bankruptcy as oil prices fall, not to mention domestic political crises between de facto ruler Crown Prince Mohammad Bin Salman and his rivals. The Saudis will soon find that they have neither the will nor the wealth to carry on.

That being said, the fall of Marib to the Yemeni military and its Houthi allies might be the catalyst to bring about an end to the war, but there are reports of thousands of civilians being displaced as a result of the current escalations. There is also the brutal siege of the port of Hudaydah by the coalition that needs to be addressed; the UAE occupation of Socotra; and — arguably the most worrying — the direct Saudi military presence in the eastern province of Al-Mahrah.

Earlier this month I speculated how the resistance movement in Al-Mahrah may soon turn into an armed struggle against a Saudi occupation. This materialised several days later, with the Southern National Salvation Council (SNSC) announcing a call for armed resistance against the foreign forces.

Following the coalition defeat, the future of the NSG and the alliance between the Houthi movement and Yemeni military will be tests of the stability and security of Yemen. Alliances tend only to serve a purpose against a common enemy. That’s an issue for the future, though; for now, that enemy is on the verge of defeat.

Omar Ahmed has an MSc International Security and Global Governance from Birkbeck, University of London. He has travelled throughout the Middle East, including studying Arabic in Egypt as part of his undergraduate degree. His interests include the politics, history and religion of the MENA region.