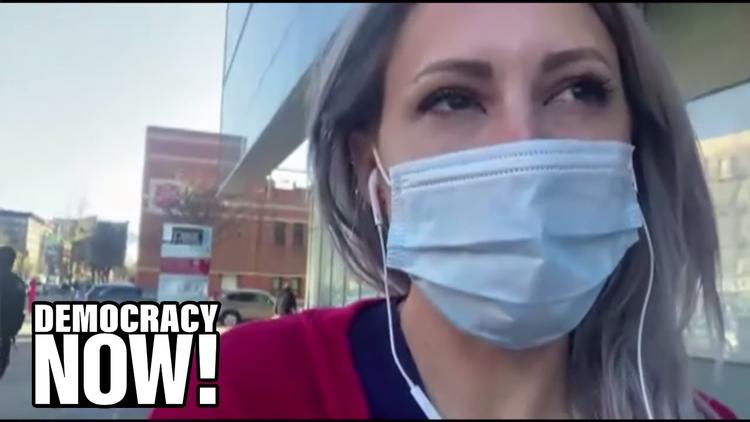 President Trump, who hoped to run for re-election on a booming economy, is being frustrated by a tiny virus. As usual he lashes out with mixed and confusing messages. He acknowledges the severity of the crisis but then he suggests that health restrictions will needlessly derail the economy. He complains the cure may be worse than the disease. He maintains that in the real world there is a tradeoff between health and the economy, demanding tough choices of us. This purported tradeoff is a close relative of two other classical economist tradeoffs, jobs versus environment and equality vs efficiency. All are misleading and distract us from alternatives that might better serve both our health and our economy. “

One problem with the entire debate as to when to lift the restrictions is the concept of the economy itself. To Trump and many of his corporate supporters it is the stock market. But most stocks are owned by the upper ten percent. Nor is the stock market even an adequate predictor of overall growth as conventionally defined.

Few economists would take the stock market as their indicator, but another favored abstraction, GNP, the total value of goods and services produced in an economy, presents significant problems of its own. Perhaps the best way to capture these distortions is to imagine two nations, Organica and Big Ag. Organica produces 1 million bushels of corn per year, while Big Ag produces 1.2 million bushels but also produces cancers the treatment of which costs 50 bushels. By conventional GNP measures Big Ag has a much higher GNP. Where would you rather live? Much of the talk about restarting the economy aims implicitly for growth along the lines of Big Ag. Hence even as the health crisis grows the administration continues its assault on EPA water safety regulations, OSHA workplace standards, and fuel economy standards. The only “economy” that will be aided by this agenda is the share prices of those corporations benefiting from poisoning the air and water and the cheap loans or grants from the federal government.

Health depends on the economy’s producing necessities and citizens having enough resources to purchase those necessities. Hospitals run as corporate profit maximizing businesses often skimp on back up inventory thus reducing incentives of their suppliers. Blank checks to well- placed corporations do nothing to assure that enough capital goes to the most vital industries.

The current economic crisis, growing by the day, is unlike any in our history and will be overcome neither by faith in free markets nor Keynesian demand creation. Covid 19 has not merely slowed but damaged crucial supply and demand channels. University of Texas at Austin economist James Galbraith has presented a set of proposals that would address both current demand and supply constraints. His proposals were advanced before enactment of the recent CARES rescue package but are more comprehensive and egalitarian. Since a second pass at these issues will be crucial his proposals deserve close attention. I present these with my comments interspersed.

The most immediate need is essential drugs and medical equipment. To gain these Galbraith suggests: “we need to finance immediate domestic production of masks, oxygen tanks, ventilators, and the construction and staffing of field hospitals, including the conversion of existing structures such as hotels, dormitories and stadiums, and the hiring and upgrading of staff.

He adds: “The Federal Reserve should be empowered to buy unlimited debt from state and local governments and both debt and equity from private companies…” Here Galbraith correctly recognizes that governments like ours that print their own money are not finance-constrained and can undertake bold initiatives. Nonetheless expect deficit hawks, who are quite silent now, to fret about the possibility of default, and soaring interest rates as soon as the economy show any sign of workers gaining more power in the labor market. The only real danger is inflation resulting from demands that exceed technological and human capacity. This economy, however, is marred by extraordinary unused capacity. We are a long way from shortages of key resources except for some that may be speculatively horded. Excess capacity is likely to persist for quite a while. In any case inflation is far more easily contained than the downward spiral in which we are currently caught.

To stop this dangerous downward spiral and address immediate and very frightening circumstances sensible policy must include holding working and middle class harmless by sending money to meet mortgages, car payments and student loans. The recent $1200 checks are far too little and are taking too long to reach citizens. Basic utilities and Internet service should be free for the duration of the crisis. I would second the importance of this step not merely as a matter of social justice but also as a public health measure. In all too many communities the poor have no access to water or the information the Internet provides.

As for supply, distribution will break down if consumers are scared to enter stores or workers to remain employed there. (This problem has already emerged since Galbraith initially presented these proposals.) Every effort should be made to protect and fairly compensate these workers. If their work is not to lead to more illness and deaths an essential component of their compensation must be a safety net (paid sickness leave and universal health care) independent of employment. Toward these ends I would only add that giving workers a voice in the organization of the workplace and the design of safety precautions is an important key both to improved safety and workplace productivity.

Despite all these steps, shortage of key food items is possible. Here Galbraith rejects the classic free market faith in rationing via price. He recognizes that contrary to the econ 101 texts markets often do not come to smooth equilibrium prices. Commodity markets often go through boom and bust cycles that even disable the larger economy. Furthermore markets only work when they elicit and reflect widespread faith in their legitimacy. Price spikes and exclusion of the poor undermine that faith, with socially destructive consequences.

“The solution is to limit sales per customer, and if necessary to control prices and ration basics like rice, potatoes, flour, pasta, eggs, milk and cooking oil and staple meats. Rationing and price controls can be run by local authorities under a general hold-the-line order as was done in World War II from April, 1943 onward. Put up signs with the allowed prices. Civilians will enforce them.”

In a healthy democracy the economy should serve and reflect the common good. Privileging or deferring to stock markets and market- oriented notions of economic progress damages the political and moral health of the body politic. Reducing human beings to mere commodities will not sustain a prosperous and just economy.