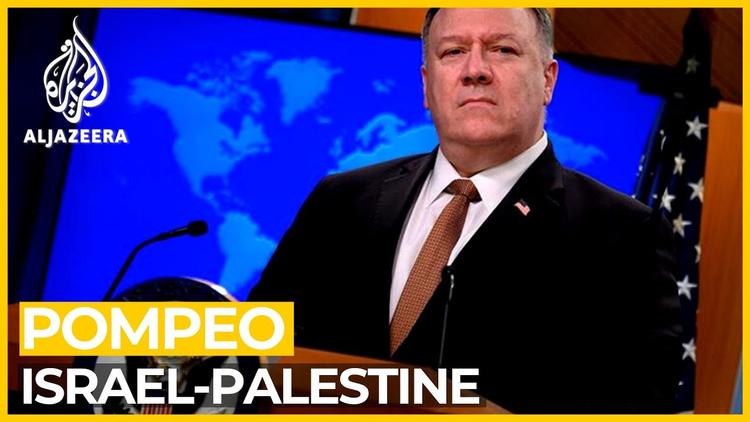 Washington, D.C. (Special to Informed Comment) – If you’re an American liberal wondering how Trump can cut funding to the World Health Organization during a global pandemic, just ask Palestinians how the majority of Americans (and the world) responded when Trump cut aid to refugees under the guise of “corruption” to force political capitulation. That’s how.

It seems far-fetched. What does Palestine have to do with a global pandemic? Well, a lot actually.

Since Trump assumed the office of the Presidency, one of his major goals was to “solve” the “conflict” between Israelis and Palestinians. He called his plan the Deal of the Century. And the solution, in the eyes of Trump, Republicans and the far right in Israel turns out to have been to force Palestinians into submission. Of course, this was not explicitly said. It was painted as an economic opportunity for Palestinians, that included access to 5G and possibly someday getting a state if a set of theoretical prerequisites that the Israelis were not beholden to were met. But in reality, it promised Israel the ability to continue annexing land in the West Bank and never granting sovereignty to Palestinians.

In order to force the Palestinian people to accept the self-proclaimed solution to the occupation, Trump also cut all American funding to the United Nations Relief and Works Agency, the only source of aid, education, clinics and other critical services to Palestinian refugees. 5 million Palestinian refugees are registered with UNRWA; half a million students rely on UNRWA schools for education, millions of refugees rely on UNRWA clinics for healthcare annually.

Palestinian refugees have been in camps across the Middle East since 1948. They were expelled by force from their homeland in what is remembered as the Nakba, or the catastrophe. Over 500 Palestinian villages were depopulated by Zionist militias who sought a Jewish ethno-nationalist state in historic Palestine.

It was argued that Palestinians were too dependent on UNRWA and other claims that have already been disproven multiple times in the past, one being the insidious lie that UNRWA schools systematically preach anti-Semitism and hatred of Israelis.

Anyone who has visited a Palestinian refugee camp knows how vulnerable the Palestinian refugee population is. These people are living in some of the most-dire circumstances, with little to no rights and no access to basic living necessities were it not for UNRWA. To say that Palestinians were too dependent while ignoring the political reality that disenfranchises them is just lunacy,

As a student researcher in Jordan last summer, I interviewed families in Baqaa and Jerash refugee camps, and other informal Palestinian refugee neighborhoods, who told me that the impacts of UNRWA cuts had been devastating to them. From trash collection being halted to mothers being unable to give their children with long term health conditions vital medical care. One mother in Jerash camp told me that the medical situation for her children was “find the money to pay for treatment or let your children die.” Cutting UNRWA was not just inhumane; it was an act of pure evil, designed to inflict harm on vulnerable refugees.

How did the world react to this? The Arab world did its shaming of Trump and the United States, but the response was a mild slap compared to the roundhouse punches being served. The rest of the world issued oral condemnations, as is often done with American cruelty towards Palestinians, however there was no real action aside from some limited additional funds promised by European countries.

What does this have to do with coronavirus? Well, now we see what happens when Trump is allowed to bully one international agency.

Anyone who thought that Trump’s distaste for international institutions would end at the Palestinians is in for a rude awakening.

I won’t say that I disagree with my past self completely. If a Democrat were in office right now, the relationship between the United States and Palestine would not necessarily be any better than when Obama was in office. However, I do understand now that how that disengagement happens is extremely important.

Trump wants to defund UNRWA and the World Health Organization. Trump withdrew from the UN Human Rights Council and the Paris Climate Accords. Why? Not because he actually is concerned about corruption, or lack of efficiency or “ungratefulness to America’s contributions”. It is quite simply because Trump believes that the United States can and should act however it wants in the world, with no accountability. The United States was often already doing this before Trump in practice, but kept up appearances. Trump, in contrast, simply does not see any reason as to why the United States should continue to pretend that it engages in diplomacy or global development or global health or conflict resolution.

What these examples of international organizations being squashed at the bequest of Trump tells us is that Trump is, at his very essence, what the right in the United States has always wanted the global role of America to be. The dictator of the world. The narcissist who everyone else must seek to emulate and curry favor with. The only free country in the world (remember, they hate us for our freedom, and anyone who tells you otherwise hates America), the only country capable of “stability” in the Middle East, the only country capable of defeating coronavirus.

Whether in the war on terror or the war on coronavirus, Trump and his base see only a zero-sum game where if others don’t lose, they haven’t won. That is why international cooperation and organizations are so deeply hated by the right. The notion that all nations of the world contain coronavirus does not compute in their minds. This attitude is also reflected in their Palestine policy. Only Israel can win. The idea that Palestinians and Israelis reach a solution that provides justice and equality for all is antithetical to the unipolar role that the United States should play.

What must be remembered as international organizations and cooperation are under attack by Trump; he came for the Palestinians first. Let that be your compass as we navigate the post COVID19 and post Trump world.

Nooran Alhamdan is a recent graduate of the University of New Hampshire, where she received a BS in Analytical Economics and Political Science, and minored in Middle Eastern Studies. She will be pursuing an MA in Arab Studies at Georgetown University in the fall.