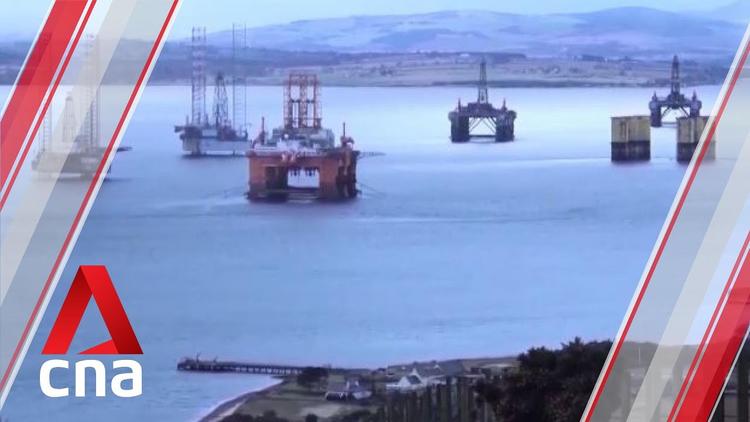 ( Middle East Monitor ) – Giant oil tankers have changed into floating warehouses for oil following the sharp drop in the price per barrel. The dispute between Russia and Saudi Arabia has led to the biggest drop since 2002. It seems that US President Donald Trump’s call to Saudi’s Crown Prince Mohammad Bin Salman, asking him to end the price war and restore the agreement with Russia has worked, though. This phone call was followed by Trump’s threat to impose major fines if the prices remain as they are now. In doing so, he basically confirmed that America does not need oil from foreign producers.

However, the restored partnership between Russia and Saudi Arabia in the context of OPEC+ is still failing, despite US mediation and the ending of the row between Moscow and Riyadh over who is responsible for low oil prices and their mutual recognition that this harms all parties. The OPEC+ meeting scheduled for last Monday will now be held tomorrow. According to some analysts, the postponement was due to miscommunication and a lack of understanding. Others believe that the delay is to allow further contemplation and communication that may facilitate an agreement between the various parties to limit production to between 10 and 15 million barrels per day. This will restore prices to an acceptable level in light of the reduced global consumption as a result of the coronavirus travel restrictions.

Despite the validity of Trump’s claims that the US no longer urgently needs imported oil, it still needs oil at a price that isn’t too low in the market, whereas increased production is pushing prices down. These prices are not at all economical for America’s own oil producers, which means that the major American companies may stop production or even go bankrupt due to the high production costs of US shale oil. Low oil prices do not favour the US energy industry. Hence, I can understand the nature of US mediation to end the oil price war between Russia and Saudi Arabia.

Moscow believes that reducing production to below 11 million barrels per day would push prices up, from which America will benefit before the others, as it would allow it to export 13 million barrels per day, making the US able to compete with Russia in the global oil market. This is not necessarily in Russia’s interest, and so Moscow is demanding that the agreement must take into consideration the issue of US energy in international markets.

Nevertheless, the possibility of returning to previous prices, even in the event of a cut in production, is unrealistic given the declining demand for oil during the ongoing pandemic on the one hand, and the oil-saturated wholesale market on the other. However, this may increase prices in the medium term, in the event that the consequences of the coronavirus crisis are reduced.

The current oil war indicates that OPEC has lost its leadership role and its influence in determining the level of production and controlling the level of prices. It also suggests that Russia has emerged from outside of the cartel as a decisive player in determining production and price levels, which may have a direct impact on the future of OPEC. It cannot be overlooked that the US is interested in ending the price war and reducing production in order to protect American oil companies from bankruptcy.

What of the future of OPEC itself? According to Simon Henderson, director of the Washington Institute’s Bernstein Programme on Gulf and Energy Policy, as quoted by Reuters, the White House is considering a proposal based on an American-Saudi alliance to manage the global oil market. He also noted that Secretary of State Mike Pompeo had discussed this idea with US Energy Secretary Dan Brouillette and the new National Security Adviser Robert O’Brien. Will one of the consequences of the coronavirus pandemic be the end of OPEC as we know it?