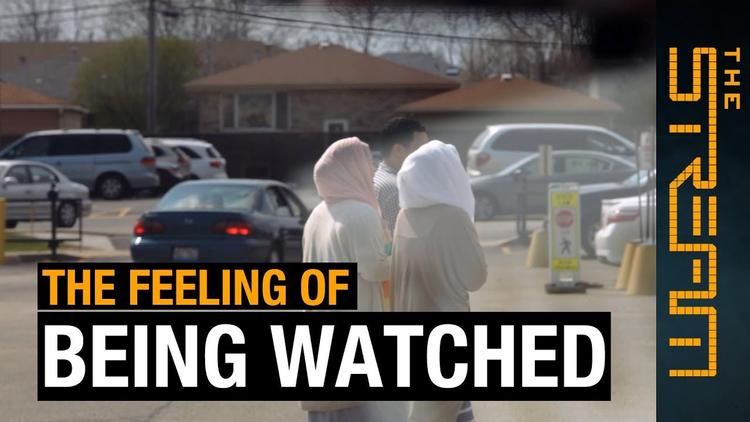 ( Middle East Monitor ) – US Federal Bureau of Investigation documents obtained by The Intercept and published at the start of April made for fascinating reading. They showed that federal officers conducted a 2004-2006 “terrorism” investigation into the International Solidarity Movement, a non-violent Palestine solidarity group.

The investigation proved only that the ISM was exactly what it said it was: a peaceful activist group that sent delegations to occupied Palestine. However, the revelation raises serious questions about FBI activities. As well as proving that the Bureau harassed activists involved in lawful free speech campaigns, the documents — obtained only after a Freedom of Information law suit — suggest that the FBI may have engaged in spying on US citizens at the behest of Israel.

The ISM was a diffuse network of mostly European and American activists who worked in solidarity with the Palestinian people living under Israeli occupation in the West Bank and Gaza Strip. ISM delegations used to travel to the occupied territories to stand shoulder-to-shoulder with Palestinians involved in non-violent resistance to Israel’s occupation.

READ: Greater Israel is the objective as Netanyahu plans to wipe Palestine off the map

As a young activist, I was with the ISM in occupied Palestine between 2005 and 2007, and for several years afterwards with ISM London, the local support group back home. In Palestine, we joined Palestinians in villages such as Bil’in, near Ramallah, which was threatened with the destruction and annexation of collective village lands for the construction of Israeli settler-colonies and the illegal annexation wall.

At that time, several such villages held weekly protests against the Israeli occupation and its crimes. The villagers asked for solidarity, and people from all around Palestine would join the protests, as did activists and delegations from around the world. Even some dissidents from Israel, such as Jonathan Pollak, took part.

ISM members also engaged in less attention-grabbing work, like accompanying Palestinian children to school when they were at threat of being attacked by Israeli settlers. This was often the case in the areas where the most fanatical settlers were active, like the Palestinian city of Hebron, where the settlements were — and still are — concentrated uniquely within the city itself, rather than on the surrounding hillsides, as is the more common pattern elsewhere in the West Bank.

READ: Are the Israelis really helping the Palestinians?

There were also the autumn olive harvest trips, when we would join Palestinian farmers in picking their produce in areas near to the more rural Israeli settlements, such as those on the hilltops around Nablus. Some of the most extreme Israeli settlers outside of Hebron have their base in those areas. They would often attack Palestinian villages and burn their olive trees and other crops.

The idea behind the International Solidarity Movement was that Palestinians would be less likely to be attacked by Israelis when there was a presence of (usually white) American and European passport holders. The belief was that Israel preferred to avoid diplomatic crises with the governments of the states that the ISM members came from, due to the military, political and diplomatic aid such states provide to the occupation state.

Of course, this was not always the case, and several ISM volunteers were attacked by Israeli settlers and troops. In two such cases in 2003, these attacks proved to be deadly. US citizen Rachel Corrie was crushed by a militarised Israeli bulldozer in March 2003; she was 23 when she was killed. A month later, British activist and photographer Tom Hurndall, also 23, was shot in the head by an Israeli sniper; he died in hospital 10 months later without ever regaining consciousness. Both Rachel and Tom had been protecting Palestinian civilians from Israeli army attacks in the Gaza Strip when they were killed.

The newly released FBI documents indicate that it was in the months after these deadly incidents that the Bureau launched its investigation into the ISM in America. Instead of investigating the Israelis for their murder of US citizens, the FBI instead blamed the victims.

There is an indication within the documents that the FBI probably opened its investigation at the behest of – or at least in coordination with – the Israeli government. The crucial evidence for this has been redacted from the documents, but it doesn’t take much reading between the lines to see it, because FBI agents in the US shared information with an FBI office stationed in a US embassy overseas. This was almost certainly the FBI office in the US Embassy in Tel Aviv.

The reason for such sharing of information is clear. During the Corrie family’s civil case against the Israeli state for the unlawful killing of their daughter, it was confirmed that the Israeli government repeatedly attempted to smear Rachel Corrie with “terrorism” allegations, and cast the ISM as “illegitimate violent agitators”. Both allegations were complete falsehoods. They were actually an extension of the standard Israeli smear campaign which commonly casts non-violent Palestinian demonstrators and other Palestinians murdered by Israeli troops as “terrorists” or “terror supporters”.

The documents show that the FBI was hunting for evidence of such “terrorist” links. The Bureau’s Los Angeles field office even used confidential informants within the ISM in the futile hunt for such “extremism”. After a two-year investigation, though, the FBI concluded — inevitably — that the ISM had broken no laws and posed no threat to national security.

Nevertheless, the documents show once again that the FBI is far from being the apolitical protector of US civil liberties that its own propaganda proclaims. In fact, it is a right-wing political police force in the service of US capitalism.

The FBI investigators repeatedly conflated political beliefs with terrorism, focusing on how many ISM members held anti-capitalist views and sympathised with Palestinian human rights. As Ali Abunimah reported for The Electronic Intifada: “The probes into ISM harken back to the FBI’s infamous COINTELPRO spying and sabotage programme in the 1960s, which targeted Martin Luther King Jr., civil rights and Black radical groups, and the anti-war movement.”

It is surely also no coincidence that – at exactly the same period that the FBI was investigating the ISM — an undercover British police officer infiltrated the ISM in London. Was that also, I wonder, done at the behest of Israel?

Is the US government unfairly spying on Muslim Americans? | The Stream