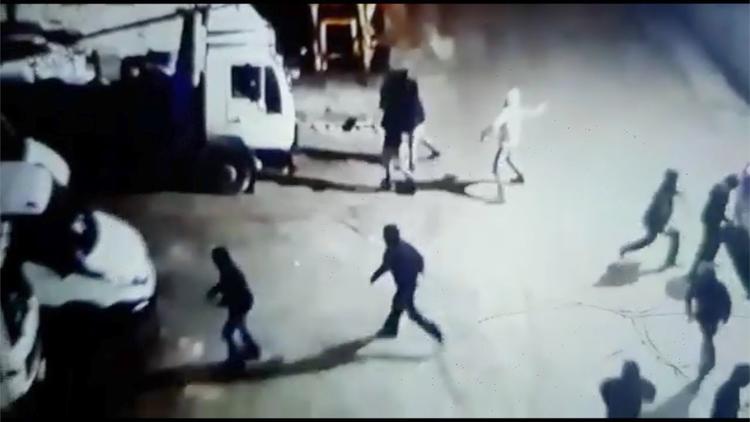 Ann Arbor (Informed Comment) – On Wednesday, a band of 20 Israeli squatters diagnosed with Covid-19, who had been placed in quarantine in their squatter-settlement on Palestinian land in the West Bank’s Ghor Valley, ghoulishly broke out and attacked a nearby Palestinian hamlet. They are members of the violent “Hilltop Youth” extremist group.

The Israeli terrorists, operating in Palestinian territory, burned cars, stoned civilians, and attacked individuals. They beat a young Palestinian woman so badly that she had to be rushed to the emergency room in an Israeli hospital.

Since she has now likely been infected, this injury may be a death sentence, since comorbidity conditions severe enough to require hospitalization would worsen her chance of surviving when she contracts the virus and it attacks her lungs.

Since being in close proximity to an infected person will likely make you sick– the novel coronavirus is extremely contagious — I can only conclude that the “Hilltop Youth” squatters were actually trying to spread the virus among Palestinians.

I mean, really, this is up there with white supremacists in the 19th century giving small-pox-infect blankets to Native Americans.

Israeli caretaker prime minister Binyamin Netanyahu has vowed to annex the Ghor Valley in the West Bank to Israel.

Palestinian sources also say that Israeli authorities are interfering with Palestinian attempts to stop the spread of the disease. The Israeli military closed down a medical center in Silwan set up to combat pandemic, on the grounds that it partnered with the Palestine authority across the green line.

Aside from the handful of psychopaths in the Ghor Valley, most Israelis are not trying actively to spread the virus to the Palestinians, though there are a lot of conspiracy theories to that effect. Mostly it is just the logic of Occupation. Occupied people don’t have basic rights or autonomy, and Israeli security objectives override Palestinian health efforts as at Silwan.

Palestinian authorities say that a low intensity war is being waged by the illegal squatters on Palestinian civilians throughout the West Bank, as the world’s attention has turned toward the coronavirus pandemic. Also on Wednesday, militant squatters in Hebron attacked an activist center in the largely Palestinian city.