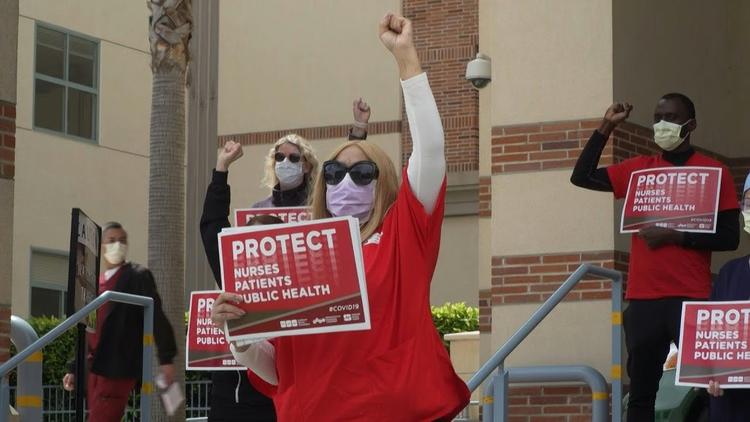 Southwest Harbor, Maine (Special to Informed Comment) – Many pundits have correctly recognized Covis19’s role in exposing extreme class, race, and gender inequalities in this society and the vulnerabilities they foster. This virus also exposes the grave injustices that characterize many American workplaces, where many Americans spend nearly a third of the prime years of their lives. Although many of these workers now are properly recognized as essential, their treatment hardly reflects this support. The gap between rhetorical celebration and the realities of the labor market and the workplace may open up some opportunities for a more democratic restructuring of the workplace.

In our highly interdependent and globalized society a surprisingly varied and large number of workers should be considered essential. Labor historian Jeremy Brecher has chronicled the quest by nurses to obtain basic persona protection equipment needed to perform their life saving tasks safely. This prompts recognition of several other jobs for which such equipment or other protective steps might be necessary.

Brecher comments: “The desperate need for PPE goes far beyond healthcare workers. Janitors are deep cleaning buildings, teachers’ aides are delivering meals to children at home . . . all at greater risk of contracting the coronavirus without enough PPE to lessen exposure.”

Two aspects shared by most such occupations are that the need for PPE is being met only slowly, if at all. In addition these occupations, with the exception of telecom workers, are poorly compensated The compensation issue—an expression of gender and racial discrimination—has been recognized for many years. Less apparent until recently is the vulnerability to disease spread created by low paying care jobs. Many of those who hold them even in our“booming” economy have to work two or more jobs even when sick just to live. Infected by the virus they then can often carry it both to other nursing homes and to their own homes. Such jobs are also often high turnover and offer few opportunities to gain skills.

It is not surprising that nursing homes in both the US and Canada have becomes virtual Covid19 petri dishes. The good news is that the health of workers in this occupation is increasingly seen as the public health issue it is. Though not enough Congress did make a good start toward aiding front line health workers. Congressman Greg Walden (R-Oregon) commented: “Those on the front lines need money. Congress boosted payments by 2 percent for the rest of the year for hospitals, physicians, nursing homes, and home health. Additionally, hospitals treating COVID-19 patients on Medicare will see a 20 percent payment increase for the length of this emergency.”

Helpful as this legislation is, it still leaves many frontline workers extremely vulnerable. Consider this new requirement of a major New York City hospital. Amy Goodman of Democracy Now reports: “New York City health workers now have a new challenge ahead of them: a new policy at the city’s public hospitals that requires medical workers who call in sick to produce a doctor’s note.” To me this is reminiscent of grade school and needing a note from your teacher for permission to go to the bathroom. More broadly the struggle over the medical workplace has moved beyond fighting for the right to exercise sick days to which they are entitled to questions of voice.

As Noam Schelber and Brian Rosenthal reported in a recent detailed piece for the New York Times: “ workers … have clashed with the employers they accuse of failing to protect and properly value them . . . But perhaps the most curious and persistent management-labor tension has arisen between health care providers like doctors and nurses, who are at the forefront of the virus battle, and the administrators they report to…In New York City… every major private hospital system has sent memos in recent weeks ordering workers not to speak with the media, as have some public hospitals.” They point out that hospitals have become more and more corporate.

To this point management has offered no evidence of such ethical lapses. It also appears to be the case that nurses are both widely respected, even loved, and are in short supply. Our health also hinges in part on their health. If hospitals and health care have become more corporate over the last generation these are equally capable of rapid change in a more humane direction during this crisis. And given their leverage and the bottom up orientation of many nurses associations today they may be able to set examples that others would follow and build upon.

The New York City Council is considering forbidding the firing of physicians and nurses who speak out about the lack of personal protective equipment (PPE). This would be a positive step but nurses and their allies should go for much more. The hospital is a workplace with very skilled and vulnerable workers. This fact leads me to offer some preliminary proposals. The Occupational Safety and Health Administration (OSHA), in cooperation with nurses’ organizations and nursing schools, should design safety standards for workers. Most importantly enforcement should be redesigned and strengthened. Over many years even before the complete gutting of OSHA under Trump enforcement was often a matter of scheduled visits for which management could plan ahead. And what few violations were found generally led only to a slap on the wrist.

Rather than such tokenism, each hospital or medical facility should have a safety committee composed of nurses, physicians, and support staff, all of whose actions on the job affect the safety of a patient and their care giver colleagues. Most importantly medical facilities should be required to have a compliance officer paid by the institution but hired by OSHA. That officer should have the right and the duty to bring complaints about safety violations to OSHA and if necessary demand cessation of the hospital license.

Even before the Covid 19 crisis many hospitals were unsafe for both patients and nurses. Staffing levels were too low, injuries from moving patients too common, and medication errors too frequent. Covid19 gives us an opportunity to change those sad outcomes by developing worker- centered models of health and safety regulation.