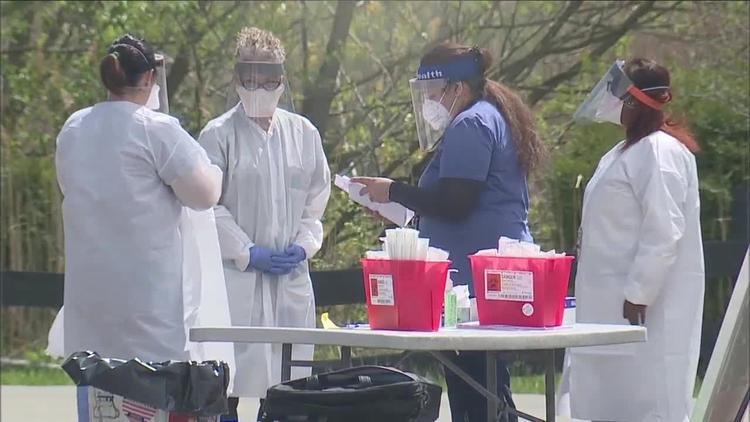 Ann Arbor (Informed Comment) – Even before the nation-wide demonstrations that have racked the nation and led to arrests in 17 cities, over the wrongful death at the hands of a Minneapolis policeman of George Floyd, the situation of African-Americans in this country was cratering because of the pandemic and its associated economic Depression.

Some of the anger we see in US cities is a revolution of rising expectations. African-Americans were just beginning to experience some wage growth in recent years. That has just been wiped out.

1. Black unemployment has risen to over 16 percent.

The Guardian reported that

“40% of households earning less than $40,000 have experienced job losses, according to the Federal Reserve.”

“Only 20% of black workers reported being eligible to work from home, compared with about 30% of their white counterparts, according to the Economic Policy Institute.”

2. The Black middle class is being hollowed out, with hundreds of thousands of businesses going under:

The novel coronavirus and the shutdown have devastated the small new Black middle class. The number of working black business owners has fallen 41 percent since February. That is, nearly half of Black businesses are mothballed, and some of them will never come back.

The country has lost 450,000 Black businesses. They were disproportionately in sectors of the economy worst-hit by closures– hair and nail salons, taxis, restaurants, daycare centers. Moreover, WaPo’s Hannah Knowles writes, they don’t have deep pockets and were likely just scraping by to begin with. They also have more difficulty accessing government aid (much of which was scooped up by white chains). They are often too tiny, or don’t have employees, and so don’t meet the criteria set by Congress.

3. Covid-19 has hit African-Americans twice as hard as other groups.

By May 20, some 20,000 African-Americans had died of Covid-19, compared to 92,128 total deaths as of a week and a half ago. That is nearly 22%. African-Americans are 12% of the population, so they are dying at almost twice the proportional rate. Ed Pilkington of the Guardian writes,

Since a lot of poor elderly people have died in their beds without ever being diagnosed, the numbers are likely even worse than the CDC is reporting.

The reasons for which African-Americans have died at such disproportionate rates are rooted in the systematic racism practiced against them by the majority white society.

African-Americans are more likely to work in “essential” industries– many work in grocery stores, and many are medics and nurses. That they fill these niches has prevented their unemployment from rising even more than it has. But the downside is that they are exposed to a greater viral load.

They are also less likely to have good health care insurance.

Some 43 million Americans are expected to lose their health insurance, and some 7 million don’t have a prospect of replacing it. This loss will hit African-Americans at least a little harder than other groups.

Republican governors refused to pitch in to Obamacare with Medicare expansion even though it did not cost them anything in the initial years, which made it too expensive for the poor. Over-all, before the present crisis 28 million Americans were not covered. African-Americans bulked large in that percentage.

Even where they manage to see a doctor, African-Americans with Covid-19 were substantially less likely to be diagnosed than white patients. Physicians were less likely to refer them for testing. Earlier in the pandemic, testing sites tended to be in affluent white neighborhoods. Hospitals in poor neighborhoods were less likely to have proper personal protective equipment for medical personnel, which reduced the amount of testing offered.

African-Americans are also often shunted off to residential areas near coal plants and other hazards for particulate matter, giving them asthma and other lung problems that are known risks for death by coronavirus. They often live in food deserts and buy high-calorie but inexpensive foods from the few convenience stores and so have problems with obesity, another comorbidity factor increasing coronavirus lethality.

Many experts believe that Trump’s reluctance to shut down the country at the end of February when many government scientists wanted to do it much increased the death toll, and that Trump’s policies are responsible for about 40% of our more than 103,000 deaths. (CDC scientists were determined to ask him to close the country down while he was in India in late February, but one of them spoke publicly and caused the market to fall and Trump came back from New Delhi angry that a falling market would hurt his reelection, so the scientists had to back off; Trump did not act until mid-March.)

That means that through malign neglect Trump has killed over 9,000 African-Americans with the coronavirus.