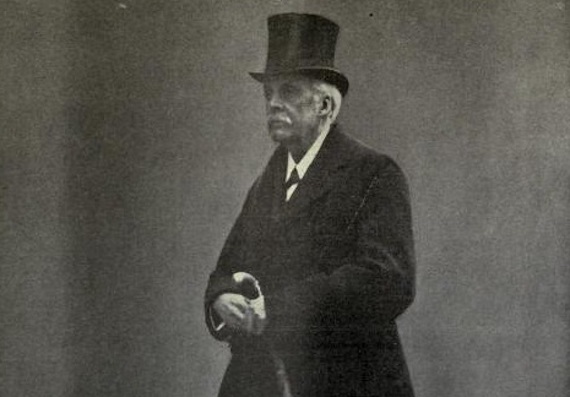 ( Middle East Monitor ) – One hundred years ago, representatives from a few powerful countries convened at San Remo, a sleepy town on the Italian Riviera. Together, they sealed the fate of the massive territories confiscated from the Ottoman Empire following its defeat in World War I.

It was on April 25, 1920, that the San Remo Conference Resolution was passed by the post-World War I Allied Supreme Council. Western Mandates were established over Palestine, Syria and ‘Mesopotamia’ – Iraq. The latter two were theoretically designated for provisional independence, while Palestine was granted to the Zionist movement to establish a Jewish homeland there.

“The Mandatory will be responsible for putting into effect the (Balfour) declaration originally made on November 8, 1917, by the British Government, and adopted by the other Allied Powers, in favor of the establishment in Palestine of a national home for the Jewish people,” the Resolution read.

The Resolution gave greater international recognition to Britain’s unilateral decision, three years earlier, to grant Palestine to the Zionist Federation for the purpose of establishing a Jewish homeland, in exchange for Zionist support of Britain during the Great War.

And, like Britain’s Balfour Declaration, a cursory mention was made of the unfortunate inhabitants of Palestine, whose historic homeland was being unfairly confiscated and handed over to colonial settlers.

The establishment of that Jewish State, according to San Remo, hinged on some vague ‘understanding’ that “nothing shall be done which may prejudice the civil and religious rights of existing non-Jewish communities in Palestine.”

The above addition merely served as a poor attempt at appearing politically balanced, while in reality no enforcement mechanism was ever put in place to ensure that the ‘understanding’ was ever respected or implemented.

In fact, one could argue that the West’s long engagement in the question of Israel and Palestine has followed the same San Remo prototype: where the Zionist movement (and eventually Israel) is granted its political objectives based on unenforceable conditions that are never respected or implemented.

Notice how the vast majority of United Nations Resolution pertaining to Palestinian rights are historically passed by the General Assembly, not by the Security Council, where the US is one of five veto-wielding powers, always ready to strike down any attempt at enforcing international law.

It is this historical dichotomy that led to the current political deadlock.

Palestinian leaderships, one after the other, have miserably failed at changing the stifling paradigm. Decades before the establishment of the Palestinian Authority, countless delegations, comprised those claiming to represent the Palestinian people, traveled to Europe, appealing to one government or another, pleading the Palestinian case and demanding fairness.

What has changed since then?

On February 20, the Donald Trump administration issued its own version of the Balfour Declaration, termed the ‘Deal of the Century’. 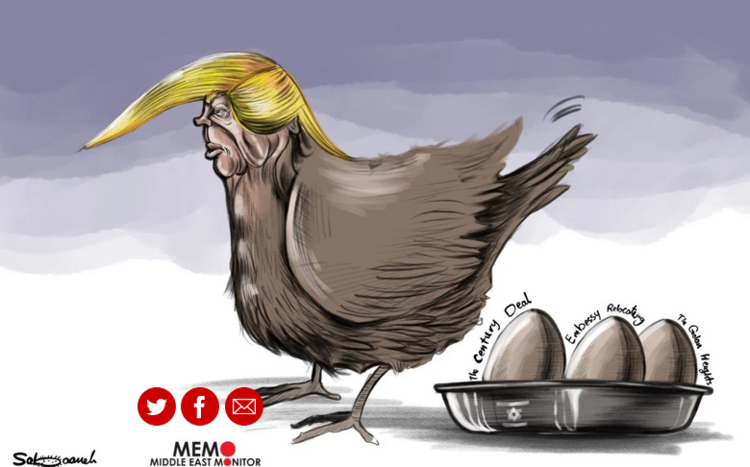 The American decision which, again, flouted international law, paves the way for further Israeli colonial annexations of occupied Palestine. It brazenly threatens Palestinians that, if they do not cooperate, they will be punished severely. In fact, they already have been, when Washington cut all funding to the Palestinian Authority and to international institutions that provide critical aid to the Palestinians.

Like in the San Remo Conference, the Balfour Declaration, and numerous other documents, Israel was asked, ever so politely but without any plans to enforce such demands, to grant Palestinians some symbolic gestures of freedom and independence.

Some may argue, and rightly so, that the ‘Deal of the Century’ and the San Remo Conference Resolution are not identical in the sense that Trump’s decision was a unilateral one, while San Remo was the outcome of political consensus among various countries – Britain, France, Italy, and others.

True, but two important points must be taken into account: firstly, the Balfour Declaration was also a unilateral decision. It took Britain’s allies three years to embrace and validate the illegal decision made by London to grant Palestine to the Zionists. The question now is, how long will it take for Europe to claim the ‘Deal of the Century’ as its own?

Secondly, the spirit of all of these declarations, promises, resolutions, and ‘deals’ is the same, where superpowers decide by virtue of their own massive influence to rearrange the historical rights of nations. In some way, the colonialism of old has never truly died.

The Palestinian Authority, like previous Palestinian leaderships, is presented with the proverbial carrot and stick. Last March, US President Donald Trump’s son-in-law, Jared Kushner, told Palestinians that if they did not return to the (non-existent) negotiations with Israel, the US would support Israel’s annexation of the West Bank.

For nearly three decades now and, certainly, since the signing of the Oslo Accords in September 1993, the PA has chosen the carrot. Now that the US has decided to change the rules of the game altogether, Mahmoud Abbas’ Authority is facing its most serious existential threat yet: bowing down to Kushner or insisting on returning to a dead political paradigm that was constructed, then abandoned, by Washington.

The crisis within the Palestinian leadership is met with utter clarity on the part of Israel. The new Israeli coalition government, consisting of previous rivals Israeli Prime Minister, Benjamin Netanyahu and Benny Gantz, have tentatively agreed that annexing large parts of the West Bank and the Jordan Valley is just a matter of time. They are merely waiting for the American nod.

They are unlikely to wait for long, as Secretary of State, Mike Pompeo, said on April 22 that annexing Palestinian territories is “an Israeli decision.”

Frankly, it matters little. The 21st century Balfour Declaration has already been made; it is only a matter of making it the new uncontested reality.

Perhaps, it is time for the Palestinian leadership to understand that groveling at the feet of those who have inherited the San Remo Resolution, constructing and sustaining colonial Israel, is never and has never been the answer.

Perhaps, it is time for some serious rethink.