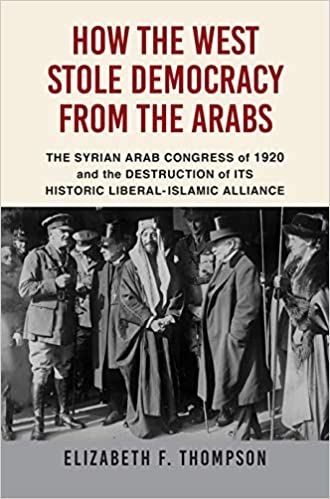 Washington, D.C. (Special to Informed Comment) – While some pundits extol the virtue of strong government (i.e., dictatorship) in fighting Covid-19, Middle Eastern activists are once again mobilizing to insist that democracy is not a luxury in a time of pandemic. “Systems of government that are more democratic and transparent will keep citizens safe,” argues Mai El-Sadany. Because the human rights of all citizens are at stake, not just those of a minority, she explains, “this is a unique movement of norms creation.”

El-Sadany, managing director of TIMEP (Tahrir Institute for Middle East Policy) spoke at a forum on human rights and global crisis on Wednesday, just as Lebanon re-imposed a lockdown after the number of Covid-19 cases flared. Activists vow to return to Beirut’s streets to protest harmful and ineffective repressive measures, said Nour El-Achi, co-founder of the Lebanese group Minteshreen. The group joined massive demonstrations last month against an entire generation of corrupt politicians who have driven Lebanon into debt and chaos. Minteshreen is now manufacturing and selling masks, using profits to distribute additional free masks for rebels, El-Achi announced at the same forum, sponsored by the Middle East Institute.

Syrian refugees suffer the most, remarked Sana Mustafa, co-founder of the Network for Refugee Voices. Stripped of all rights, they face arrest for breaking curfews to feed their family. Lebanese thugs recently chased and beat a Syrian refugee who left his camp simply to go to a pharmacy. Mustafa, herself a refugee, is the daughter of one of the many thousands of “disappeared” Syrian citizens who, if still alive, languish in prisons ridden with Covid-19. The Syrian government refuses to release them.

The link between starvation, disease, and dictatorship lies deep in Syrian and Lebanese historical memory. 100 years ago– after suffering the dread 1918 flu pandemic and years of famine under the Ottoman military dictatorship—politicians from across Greater Syria gathered in Damascus to proclaim the first Arab democracy. By the time World War I ended in 1918, one in six people living in the region – an estimated 500,000—had perished. Most died, not on the battlefield, but of hunger and disease under the aegis of a government that sought its own survival at the cost of sacrificing the lives of its own people.

In reaction, Syrians united to proclaim independence under a constitution that guaranteed a long list of civil and human rights and that gave the preponderance of power to an elected legislature. Religious conservatives and secular nationalists struck a bargain to grant equal rights to all citizens, regardless of religion. Indeed, the Syrian Arab Kingdom disestablished Islam, by consent, eight years before the Turkish Republic’s one-party state unilaterally did so. As I argue in my new book, How the West Stole Democracy from the Arabs, the coalition of religious and secular forces against dictatorship succeeded precisely because everyone recognized their common suffering under dictatorship.

Back in 1920, however, foreign governments subverted Syrian democracy in pursuit of colonial expansion and petroleum. Britain and France conspired to deny recognition of the Syrian Arab Kingdom in violation of Article 22 of the League of Nations. Pres. Woodrow Wilson, who had inspired Syrian democrats and supported Syrian self-determination, tragically stood by colonial dictatorship replaced Syrian democracy. The U.S. Senate handicapped him by rejecting membership in the League of Nations. Meanwhile, the French assumed rule under League’s mandate under a so-called “trust of civilization.” They abolished Syria’s constitution and bill of rights even as they cut budgets for public health. Within a few years, even Francophile Lebanese realized that they would wait in vain for independence and the Rights of Man.

Historians agree that the denial of Syrian democracy in 1920 was a historic error that has come back to haunt the world. Colonization under the auspices of the League of Nations discredited international law and launched decades of political violence and dictatorship in the region. Disillusioned religious conservatives responded to the betrayal by building anti-Western Islamist movements, ancestors to militant groups like the Islamic State.

How the West Stole Democracy from the Arabs: The Syrian Arab Congress of 1920 and the Destruction of its Liberal-Islamic Alliance (Atlantic Monthly Press) (Click Here) .

Americans now risk replicating the crimes and errors of a century ago. Last October, the Trump administration pulled troops out of Syria’s democratic enclave along the northern, Turkish border. And as Syrians face the pandemic without doctors or hospitals (bombed by their own government), the United States has threatened to cut a major portion of the World Health Organization’s budget. In a postwar Syria lacking infrastructure, the WHO is critical in tracking Covid-19 and advising relief organizations who aid refugees.

But rights activists offer the chance to avoid repeating the historic error of suppressing democracy. “We must use this movement to bring the conversation back” to universal social rights, including refugees, Mustafa argued. “For the health of the community, it is a win-win.”

“You [Americans] must exercise your citizenship and vote for officials who respect human rights,” Mustafa argued. By limiting the suffering of the Middle East’s millions of refugees, Americans can curtail the duration of pandemic around the globe.

El-Sadany agreed: “The United States must recognize that it plays a primary role in assuring rights and stability in the region, and that stability comes through rights.”

Elizabeth F. Thompson is Professor and Mohamed S. Farsi Chair of Islamic Peace at American University. She is a historian of political movements, constitutionalism, gender, and foreign intervention in the Middle East. Her most recent book is How the West Stole Democracy from the Arabs.