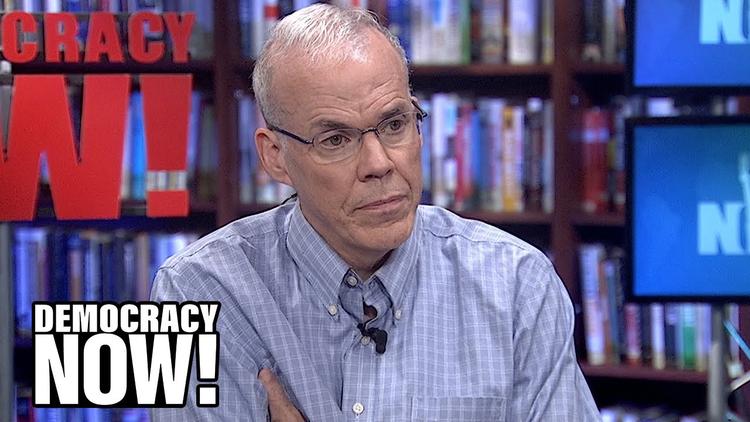 Southwest Harbor, Maine (Special to Informed Comment) – Are the big oil stocks headed for collapse? Citizens as diverse as climate activist and 350.org founder Bill McKibben and CNBC finance guru Jim Cramer seem to think so. Here is Cramer as reported by Axios in early February even before the historic plunge in crude prices.\

What he’s saying: Cramer made waves Friday with his response to ExxonMobil’s and Chevron’s glum earnings reports. “I’m done with fossil fuels. They’re done,” he said, later adding, “We are in the death knell phase” and citing divestments by “a lot of different funds.”

“The great oil and gas industry has been subsidized for a hundred years with trillions of dollars in taxpayer money. And now there’s no demand for its product, and it’s being [inaudible]. So, the oil industry is in huge trouble.

I mean, we’ve pressured the fossil fuel companies very hard and to great effect. The divestment campaign is the biggest anti-corporate campaign in history now, with $14 trillion engaged. But the fossil fuel industry will fight to the last bridge.”

McKibbben and Cramer are confident that market forces and increasing recognition of the climate crisis will soon bury this industry though the activist McKibben seems more aware of the enormity of the political task ahead. He is right to be concerned. Big oil has several tools in its fight to the last bridge and success in this struggle is more likely if activists closely scrutinize and prepare for these tools.

First a cautionary note. Think back to the global financial crisis of 2008-9.

Many pundits and investment advisors warned investors to avoid big banks after the world financial crisis. These banks had engaged in criminal fraud and had unlawfully foreclosed on millions of homes. These banks were widely hated and many analysts expected legal and political retribution. Some had in mind the results of the savings and loan crisis during the Reagan administration, when many bank executives went to jail. When the dust settled on the financial crisis, no prominent banker was jailed, the banks were bailed, bankers received their bonuses, and banking stocks marched upwards.

Market fundmentals did not determine the fate of the big banks. Political and economic power played the largest role. Indeed in a political economy where major economic actors are so closely intertwined with government it is hard to determine just what fundamental means. The financialization of the US capital economy is as much of a drag on productivity and health as its carbonization. The former hangs on despite this fact. Whether big oil will bite the dust soon depends on several political struggles.

Right now the oil giants — ExxonMobil as prime example — suffer from an oil glut and depression demand conditions. These circumstances are not permanent. President Trump has used his leverage with Saudi Arabia and Russia to end their price war. In other times and markets collaborating to control production is an anti-trust violation, but such arrangements are business as usual in the oil market. Nonetheless, activists should raise this issue and at least inquire regarding where the excess monopoly profits go. As it stands now the glut is so severe that cartel arrangements are unlikely to work. What is more likely is further consolidation of the US corporate oil market. ExxonMobil of course is itself the product of a mega merger. Bankruptcies may create some buying opportunities, and the Federal Reserve is being encouraged to use its credit facilities to promote more mergers in the sector. If these have anti competitive implications climate activists should join consumer groups in opposition. What is at stake is more than just consumer ripoffs. Further consolidation in the industry only increases its political might, displayed not only in lobbying and campaign contributions but also through its influence on mass culture.

Although all corporations heavily invested in oil will suffer during the current Covid19 crisis and the associated depression, all will not suffer evenly and herein lies a dilemma for climate activists. Adam Hanieh argues:

“It is certain that all parts of the fossil fuel industry will face a severe crisis over the remainder of this year and into 2021 – but what might this mean for our ecological future? Unfortunately – unless fossil capital can be effectively challenged now – a likely scenario is that a significant wave of bankruptcies in the energy sector will actually accelerate the further centralization of control by the largest oil majors. ‘Big Oil’ – Exxon, Shell, BP and a handful of others – are much better positioned to survive this crisis than other smaller producers.”

Look for Treasury Secretary Mnuchin to act aggressively to channel more resources to big oil while the latter in turn lobbies fiercely for further tax breaks on top of its long-standing tax favoritism. Given the administration’s willingness and ability to hide its transactions sweetheart deals with big oil seem likely.

Oil still fuels much of the international economy. Restoration of airline and tourist industries—also likely to be well subsidized– will increase demand for electric vehicles, but oil will remain the largest and most immediate beneficiary. Look for the administration to continue opposition to any fuel economy standards and to see that the highway trust fund is used primarily for roads and bridges rather than any form of public transit. The interstate highway system expanded and became so popular because it had a dedicated source of revenue and did not need to be appropriated every year.

Finally the era of wars for oil is not over. This president is surely not above engineering a Gulf of Tonkin incident both to boost oil prices and enhance his own electoral chances.

For those who wish to realize McKibben’s dream the path must lie through effectively challenging fossil capital. One way is to exploit the industry’s current weaknesses as well as divisions within its ranks. Once again the world financial crisis is instructive. During that crisis some administration officials considered receivership or short term nationalization of the banks, only to be dissuaded by Larry Summers. An opportunity was missed, at least for broader discussion of such options as public banking. Instead bankers were bailed out even as millions of families were foreclosed on

Left Business Observer’s Doug Henwood argues that big oil’s current market woes represent a buying opportunity, not for investors but for climate justice activists—“ This would be a propitious time to nationalize the oil and gas sector, undertaken with the idea of putting them out of business. We must move as quickly as possible to stop the use of fossil fuels, and as long as these entities exist, the political and economic obstacles to that necessity are nearly impossible to overcome. Because the price of oil has fallen so dramatically, the value of the major carbon producers has cratered. The five biggest US-based oil companies (Exxon Mobil, Chevron, ConocoPhillips, Phillips 66, and Valero) have a combined market capitalization of under $450 billion*, which is equal to about an eighth of JPMorgan Chase’s total assets and less than 2% of GDP. Again, shareholders will whine, but as the financial world wakes up to the inevitability of carbon’s obsolescence, the value of their investments will tend towards 0 anyway.”

One might object that if the obstacles to reformist carbon limits are “impossible to overcome” where will the commitment to nationalization, a much more ambitious undertaking, come from? I think it is precisely because these proposals integrate concerns about climate with programs that create living wage jobs for workers displaced by the transition away from carbon. As our current economic and climate predicaments demonstrate the vast majority does not benefit from the extreme volatility of oil prices. A nationalized oil industry could set and then gradually increase oil prices while devoting the “profits” it received to fund locally managed decarbonization efforts around local food, public transit, and alternative energy

The article was updated to reflect the correct value of the oil companies.