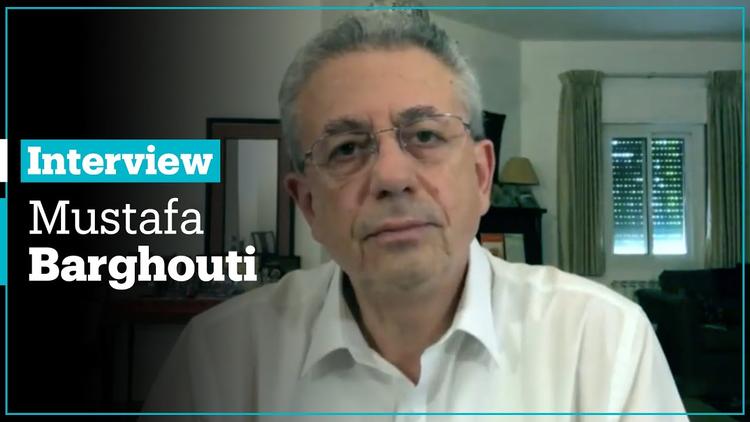 ( Middle East Monitor ) – On May 15, thousands of Palestinians in Occupied Palestine and throughout the ‘shatat’, or diaspora, participated in the commemoration of Nakba Day, the one event that unites all Palestinians, regardless of their political differences or backgrounds.

For years, social media has added a whole new stratum to this process of commemoration. #Nakba72, along with #NakbaDay and #Nakba, have all trended on Twitter for days. Facebook was inundated with countless stories, videos, images, and statements, written by Palestinians, or in global support of the Palestinian people.

The dominant Nakba narrative remains – 72 years following the destruction of historic Palestine at the hands of Zionist militias – an opportunity to reassert the centrality of the Right of Return for Palestinian refugees. Over 750,000 Palestinians were ethnically cleansed from their homes in Palestine in 1947-48. The surviving refugees and their descendants are now estimated at over five million.

As thousands of Palestinians rallied on the streets and as the Nakba hashtag was generating massive interest on social media, US Secretary of State, Mike Pompeo, paid an eight-hour visit to Israel to discuss the seemingly imminent Israeli government annexation, or theft, of nearly 30% of the occupied Palestinian West Bank.

“The Israeli government will decide on the matter, on exactly when and how to do it,” Pompeo said in an interview with Israeli radio, Kan Bet, the Jerusalem Post reported.

Clearly, the Israeli government of Benjamin Netanyahu has American blessing to further its colonization of occupied Palestine, to entrench its existing Apartheid regime, and to act as if the Palestinians simply do not exist.

The Nakba commemoration and Pompeo’s visit to Israel are a stark representation of Palestine’s political reality today.

Considering the massive US political sway, why do Palestinians then insist on making demands which, according to the pervading realpolitik of the so-called Palestinian-Israeli conflict, seem unattainable?

Since the start of the peace process in Oslo in the early 1990s, the Palestinian leadership has engaged with Israel and its western benefactors in a useless political exercise that has, ultimately, worsened an already terrible situation. After over 25 years of haggling over bits and pieces of what remained of historic Palestine, Israel and the US are now plotting the endgame, while demonizing the very Palestinian leaders that participated in their joint and futile political charade.

Strangely, the rise and demise of the so-called ‘peace process’ did not seem to affect the collective narrative of the Palestinian people, who still see the Nakba, not the Israeli occupation of 1967, and certainly not the Oslo accords, as the core point in their struggle against Israeli colonialism.

This is because the collective Palestinian memory remains completely independent from Oslo and its many misgivings. For Palestinians, memory is an active process. It is not a docile, passive mechanism of grief and self-pity that can easily be manipulated, but a generator of new meanings.

In their seminal book “Nakba: Palestine, 1948, and the Claims of Memory”, Ahmad Sa’di and Lila Abu-Lughod wrote that “Palestinian memory is, at its heart, political.”

This means that the powerful and emotive commemoration of the 72nd anniversary of the Nakba is essentially a collective political act, and, even if partly unconscious, a people’s retort and rejection of Donald Trump’s ‘Deal of the Century’, of Pompeo’s politicking, and of Netanyahu’s annexation drive.

Despite the numerous unilateral measures taken by Israel to determine the fate of the Palestinian people, the blind and unconditional US support of Israel, and the unmitigated failure of the Palestinian Authority to mount any meaningful resistance, Palestinians continue to remember their history and understand their reality based on their own priorities.

For many years, Palestinians have been accused of being unrealistic, of “never missing an opportunity to miss an opportunity,” and even of extremism, for simply insisting on their historical rights in Palestine, as enshrined in international law.

These critical voices are either supporters of Israel, or simply unable to understand how Palestinian memory factors in shaping the politics of ordinary people, independent of the quisling Palestinian leadership or the seemingly impossible-to-overturn status quo. True, both trajectories, that of the stifling political reality and people’s priorities seem to be in constant divergence, with little or no overlapping.

However, a closer look is revealing: the more belligerent Israel becomes, the more stubbornly Palestinians hold on to their past. There is a reason for this.

Occupied, oppressed and refugee camps-confined Palestinians have little control over many of the realities that directly impact their lives. There is little that a refugee from Gaza can do to dissuade Pompeo from assigning the West Bank to Israel, or a Palestinian refugee from Ein El-Helweh in Lebanon to compel the international community to enforce the long-delayed Right of Return.

But there is a single element that Palestinians, regardless of where they are, can indeed control: their collective memory, which remains the main motivator of their legendary steadfastness.

Hannah Arendt wrote in 1951 that totalitarianism is a system that, among other things, forbids grief and remembrance, in an attempt to sever the individual’s or group’s relation to the continuous past.

For decades, Israel has done just that, in a desperate attempt to stifle the memory of the Palestinians, so that they are only left with a single option, the self-defeating peace process.

In March 2011, the Israeli parliament introduced the ‘Nakba Law’, which authorized the Israeli Finance Ministry to carry out financial measures against any institution that commemorates Nakba Day.

There can never be a just peace in Palestine until the priorities of the Palestinian people – their memories, and their aspirations – become the foundation of any political process between the Israelis and the Palestinians. Everything that operates outside this paradigm is null and void, for it will never herald peace or instill true justice. This is why Palestinians remember; for, over the years, their memory has proven to be their greatest weapon.