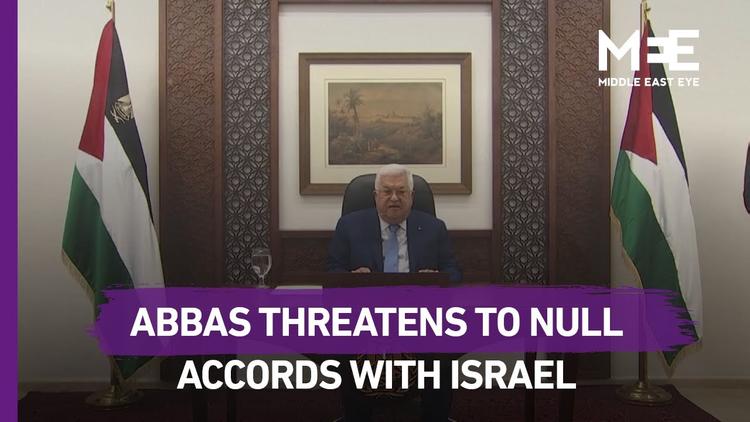 ( Middle East Monitor) – As US President, Donald Trump has been doing his best to empower the Israeli occupation of Palestine. His recognition of Jerusalem as Israel’s “united” and “eternal” capital fulfilled even the most ardent Zionists’ dreams.

In doing so, he also fulfilled a 25-year-old pledge of previous US administrations to relocate the US Embassy from Tel Aviv to the holy city of Jerusalem, despite this being against international law. While a few countries condemned the move, a few others followed suit.

Moreover, Trump stopped America’s donations to the UN Relief and Works Agency for Palestine Refugees (UNRWA), which provides essential humanitarian services in the occupied territories, Jordan, Lebanon and Syria. The decision to cut support for the Agency has made the lives of millions of Palestinians even more difficult. It has long been a Zionist objective to have UNRWA shut down as it is a constant reminder that Palestinian refugees exist and are recognised as such by the international community. The Zionist logic is simple: no UNRWA; no refugees; no right of return.

Trump has lied about the Palestinian refugees — he is good at what he calls “fake news” (when other people say something that he doesn’t like) — and has called for refugee status to be redefined. In truth, though, he wants to help Israel by eradicating the legitimate right of return (all refugees, not just Palestinians, have a right to return to their land) by letting a token number of Palestinians go back to their land, but cutting off that possibility for millions more. The “Jewish state” must have as few non-Jews in it as possible, hence its ethnic cleansing of the indigenous population.

On 28 January, Donald Trump announced his deal of the century, which he claimed included the basis for a lasting peace in the ongoing Israeli-Palestinian conflict. The deal includes most of the US President’s illusions about the situation on the ground. Unsurprisingly, his “peace plan” did all that Israel asked for, and nothing at all for the Palestinians. Indeed, “peace plan” is another lie; it will bring neither peace nor is it a rational plan. It has been cobbled together on Zionist myths by Trump’s son-in-law and advisor, Jared Kushner.

A major lie propounded by Kushner and his fellow Zionists is that the Palestinians have no rights in their own land and should just accept the deal as a “full package”; take it or leave it; nothing else is coming along. He described the Palestinians’ legitimate rights to liberate their occupied lands, return to their homes and create their own independent state as “fairy tales, old claims, myths and lies.” Kushner knows nothing about international law, obviously.

In fact, the deal of the century itself is one big lie. Trump claimed that it is intended to end the Israeli-Palestinian conflict and bring peace to the region, whereas the reality is that it simply fulfils Israel’s dreams. According to Isabel Kershner, the New York Times correspondent in Jerusalem, this means “American recognition of the biblical promise and legitimacy of the settlements in the occupied West Bank, allowing Israel to annex them while flouting decades of international consensus that they violate international law.”

The deal of the century was Washington’s declaration of support for the Israeli colonial project, including the annexation of large swathes of the occupied Palestinian West Bank and the crushing of any possibility of a viable Palestinian state. According to Kershner, Israeli Prime Minister Benjamin Netanyahu “proudly announced” after the details of the deal of the century were made public, “that he would annex the settlements and that not a single settler would have to be uprooted.”

The most recent, and almost certainly not the last, lie about the Palestinians was the Trump administration’s claim that rockets are being fired from Gaza into Israel “continuously”. While this is happening — even though it isn’t — no US aid will be provided for the enclave, not even to help in the fight against Covid-19.

“The Trump administration is not supporting assistance to Gaza,” a senior administration official with knowledge of USAID plans told the New York Post early last week. The justification for this was based on the fact that, “There is a Hamas government in Gaza” — which won the last free and fair Palestinian elections held in 2006 — and “They have indicated no interest in engaging with us, no interest in peace with Israel and in fact they continue — despite having coronavirus cases in Gaza — to fire rockets at the Israelis on a regular basis.” That’s a lie. The truth is that no rocket has been fired at Israel from Gaza since the outbreak of the coronavirus until today. What’s more, Hamas has, on a number of occasion over the past few decades, offered Israel a long-term truce — a hudna — but that has been rejected by successive Israeli governments.

Israel, meanwhile, has continued its raids in Palestinian cities, towns and villages in the occupied territories; continued to detain Palestinians and fire at them on their farms and in their fishing boats. It even destroyed a medical facility set up to help fight the virus. Settler attacks on Palestinians and their property are increasing in number and viciousness, under the protection of the Israeli occupation forces. The Israeli-led 14-year siege of Gaza is ongoing, with restrictions on the import of medical supplies and equipment. None of America’s lies — Trump’s lies — can disguise this ugly, brutal reality. Washington is blind as far as Israeli violations of human rights are concerned.

Donald Trump, of course, appears to have built his whole presidency on lies; his response to the devastating effect of Covid-19 on American citizens is evidence of this. While many of his lies are “merely” dishonest rhetoric, those he tells about Palestine and the Palestinians can and do have a major, often deadly, impact on the lives of millions of people whose situation has been perilous for more than seven decades.