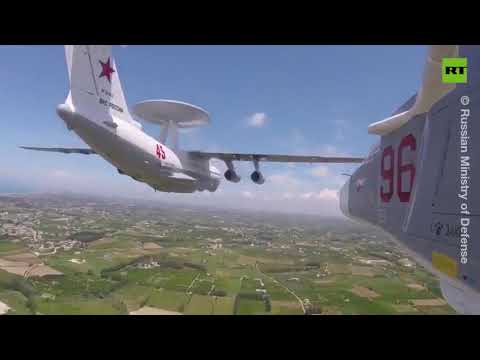 Rumors are flying that Russia may be trying to topple Syria’s President Bashar Al-Assad, or at least to force him to accept a new constitution that would significantly limit his power. Moscow unexpectedly started criticizing its only ally in the Middle East, which has raised questions on the future of Russia’s involvement in the Syrian civil war.

Recently, Russian media unleashed reports and editorials targeting Assad, portraying Syria’s President as a corrupt politician, and suggesting the time had come to replace him with a new leader. One of those articles questions a corruption scheme allegedly carried out by the Syrian authorities in summer 2019. It is worth noting that Russia has been actively involved in the Syrian war since 2015, which means that the Kremlin was well informed about Assad’s activities in the past. Yet for some reason, Moscow has been turning a blind eye for all these years, and suddenly, in 2020, Russian media realized that Assad is corrupt.

Russia has a long history of targeting its “allies” by reporting about their “criminal activities” in the pro-Kremlin media, especially when Russian oligarchs and state officials have financial disputes with leaders of Russia’s satellite states. Belarus is the perfect example. Whenever the country’s President Alexander Lukashenko refused to accepts Moscow’s terms on gas and oil supplies to Belarus, Russian media orchestrated a campaign against Belarusian leader. When it comes to Syria, there is speculations that Assad has threatened the Kremlin’s business plans related to the port of Latakia by allowing Iran to make a progress toward completing construction of the Shalamcha railroad. That route, which, would have stops in Basra, Baghdad, Albu Kamel and Damascus, would give Tehran direct access to the Syrian and Lebanese coasts.

The United States would certainly welcome the change of Russian policy toward Syria, since that could undermine the Iranian influence in the region.

“Russia may be more willing now – we’ve seen some indications in the Russian media and in certain Russian actions – to be more flexible on the constitutional committee,” said James Jeffrey, the US point man on Syria.

At this point, however, it is unlikely that the Kremlin will try to overthrow Assad, because that would create instability in the majority of Syria that is under his control. Russia is presently merely pressuring Syria’s president to make certain concessions. In the long term the Kremlin might come to endorse, for its own reasons, the official Western narrative that “Assad must go.” However, that would be easier said than done. Although heavily dependent on Moscow, Syria’s leader has another powerful backer – Iran. Shiite Tehran has its own interests in Syria and Iranian leaders have mobilized against Sunni fundamentalist militias and against the Shiite-hating ISIL. They also use the country as an instrument to put pressure on Israel. Russia, on the one hand, officially approves of most Iranian activities in Syria, but at the same time it explicitly or tacitly allows Israel to strike both Syrian and Iranian targets in the country, which is why the Kremlin often gets accused of acting as an ally of Israel.

Officially, Russia is an ally of Syria and is supporting President Bashar Al-Assad. However, Moscow did not provide Assad the necessary assistance when the uprising erupted in 2011. Instead, it took four years to send Russian troops and start military airstrikes against ISIL and various Jihadi factions backed by the West, Turkey, and the Gulf states. With Russian military assistance, Assad might have had an opportunity to crush the rebellion at the very start, just like his father Hafez al-Assad did in 1981 during the Muslim Brotherhood uprising in the city of Hama. Russia, however, did not react until West-backed fundamentalist rebels were on the verge of capturing its military facilities. Also, Russia was concerned that Assad’s collapse would allow the ISIL, al-Qaeda, and other Jihadists to use the territory in Syria and Iraq to attract more fighters, improve their capabilities, and spread terrorism into the nearby Russian Caucasus.

Some of the tension has come about because the main goal of the Russian military operation in Syria was not to keep President Bashar Assad in power, nor to help Syrian people. Russian intervention in Syria was certainly not motivated by a desire to protect Syrian Orthodox Christians, who currently make less than five percent of Syria’s population. The primary Russian interest in Syria was to protect its military bases and to secure its influence in the region. At the same time, the Syrian adventure helped the Kremlin to create a narrative at home about Russia being a global power, even though the Middle East is for the most part firmly in the US sphere of influence. Eventually, Moscow may abandon Assad, but only as part of a wide deal with Washington and regional powers.