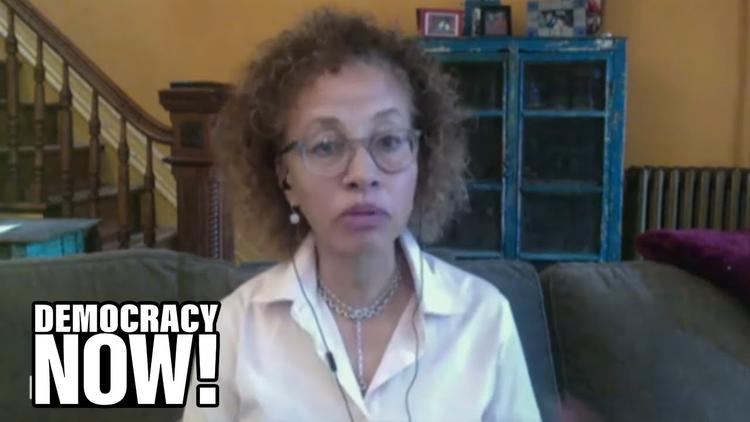 Greenfield, Mass. (Special to Informed Comment) – There is a meme circulating in this time of pandemic that we are all in this together, that Covid-19 is, as New York Governor Cuomo stated, the “great equalizer.” From one vantage point, this appears to be true: last week a staff person to Vice President Pence and another to President Trump were found to be infected with the coronavirus, adding to 11 infected US Secret Service agents. But from many other outlooks, this statement – implying we are all at equal risk – is a blatant cover-up of inequalities baked into our society. Before the virus,

Economic inequality in the United States – or the gap between the rich and the rest – is directly linked with, drives in fact, much of the health and social problems of our society. Rising income inequality leads to a plague of ills: higher rates of people in prison, higher teenage birth rates, higher rates of mental illness, more child neglect and children bullying other children, higher rates of homicide, lower educational performance, and lower life expectancy.

How then does this inequality manifest in the pandemic we are experiencing?

The United States, with the greatest total wealth of any country, has the highest number of confirmed coronavirus cases and deaths of any country in the world, though France and Italy rival it proportionately. Still, the number of US victims is higher than countries with four times as many people, namely China and India, a relatively poor country. Our failure in public and medical health is worsened by a callous, know-nothing president who underfunds federal health agencies, disbands pandemic expert teams, refuses to respect the basic rudiments of science, and cares more about the fallout of Covid-19 on the upcoming election and his faltering poll numbers than his citizens.

Who are, then, the most likely victims of the virus? Workers of color, both black Americans and Latinos, are proportionately found in the lowest-paying service and domestic occupations. Two thirds of these workers are women. This means more exposure to risk-laden work in many cases – agricultural workers, meat processing, hospital and nursing home, janitorial and housekeeping in health care facilities. They are more likely to plunge into deeper poverty if infected, laid off, without health insurance or paid sick leave. They cannot “stay in place” working from home online, like the professional class can. Further, Black and Latinos are more likely to live in environmental justice communities, meaning they are more frequently exposed to air and water pollution and toxic wastes than whites. Recent Harvard-based research has found that those exposed to greater air pollution from cars and factories are more vulnerable to contracting Covid 19.

Add to economic and environmental inequality the social inequality of racial discrimination – in hiring, in pay, in “driving while Black,” in persistent housing segregation, in greater rates of arrests and prison terms, in day-to-day interpersonal exclusion and slights inducing unrelenting stress – and we find reasons for higher rates of Covid-19 infections and deaths among Latinos and Blacks.

In New York, for example, African Americans are twice as likely to die from Covid-19 than white people. As of mid-April, counties with a majority of African Americans had three times infection rates as counties with a white majority. Chelsea, Massachusetts, long a working class city with a majority of Latinos and immense daily air polluting traffic to Boston across the Tobin Bridge overhead, is the hotspot of infections in Massachusetts.

No, Covid-19 is not the “great equalizer.” If anything, it exposes the fault line of injustice that runs through this country, wherein the wealthy can “stay in place” on gigantic yachts; wealthier, private and non-profit hospitals hold much larger cash reserves than safety net hospitals for the poor and uninsured; larger businesses get preference over smaller ones for government loans; the professional class can work from home with their children having access to computers for online learning; and corporate insurance and pharmaceutical companies lobby against a single-payer health care system.

We urgently need health care for all and a working social democracy.

Democracy Now! “Why COVID-19 is a “perfect storm of terribleness” for Black Americans”