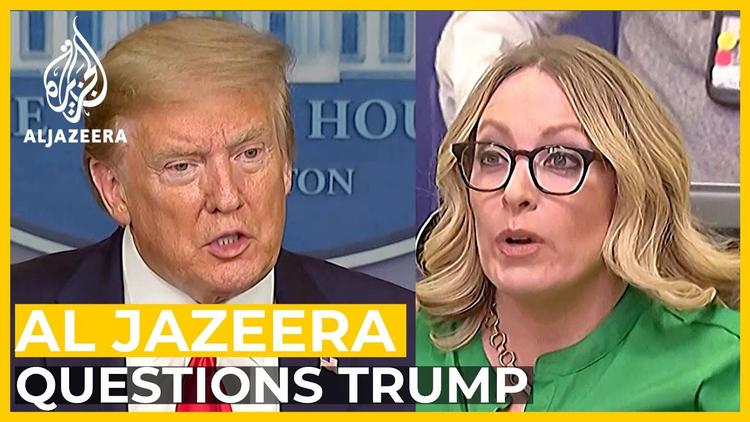 ( 48hills.org) – We all know that President Donald Trump’s foreign policy has been a disaster. But is Joe Biden’s any better?

Trump promised to stop America’s endless wars but has stationed some 80,000 troops in the Middle East. He pulled out of the Iran nuclear accord, and imposed harsh sanctions and even sent drones to assassinate a top Iranian Revolutionary Guard. But Iran still has more political influence in Iraq than the United States. His administration negotiated an agreement with the Taliban, only to see it rejected by the US-installed Afghan government.

Joe Biden, the presumptive Democratic Party presidential nominee, sharply criticizes Trump but, unfortunately, continues to defend many of the failed policies of the Obama Administration.

Biden now says he disagreed with some of Obama’s interventionist policies, most notably in Libya. Today Biden calls for easing Iran sanctions, returning to the Iran nuclear accord, and reestablishing relations with Cuba.

“Biden represents the return of the classical foreign policy establishment,” Alan Minsky, executive director of Progressive Democrats of America, tells me. “Biden is running a campaign as a restoration candidate.”

But given significant changes in the world’s balance of power, it’s not all that clear what Biden could restore.

Many corporate, State Department, military, and intelligence officials—otherwise known as the Deep State—hate Trump for his nationalist, America First policies.

The President imposed tariffs on allies around the world. He’s questioned the need for NATO. China and Russia have grown stronger economically and politically on the world stage, even after the COVID-19 pandemic.

Even card-carrying members of the Deep State acknowledge Washington has no reason to keep fighting in the Middle East. Martin Indyk, a former US ambassador to Israel, says what’s “been hard for many in the American foreign-policy establishment, including me, to accept: Few vital interests of the US continue to be at stake in the Middle East.”

In a major mea culpa in The Wall Street Journal, Indyk admits, “[A]fter the sacrifice of so many American lives, the waste of so much energy and money in quixotic efforts that ended up doing more harm than good, it is time for the US to find a way to escape the costly, demoralizing cycle of crusades and retreats.”

Whoever wins the election in November will face an economy wracked by recession, an electorate wary of more long-term military interventions, and other countries determined to go their own way.

Biden boasts of his foreign policy credentials. He chaired the Senate Foreign Relations Committee from 2001-2003 and 2007-2009. While generally hewing to interventionist Democratic Party policies, he has taken some independent stands, for example, by voting against the 1991 Gulf War.

By far Biden’s most reprehensible stand was his strong support for the 2003 invasion and occupation of Iraq. As documented by Professor Stephen Zunes in The Progressive, Biden forcefully supported the war, but later claimed he opposed it. (Of course, Trump lied about his support for the war as well.)

When the Iraqi occupation failed in the mid-2000s, Biden infamously called for splitting Iraq into three parts along sectarian lines, so the United States could continue imperial control at least in Kurdistan.

Even today, Biden favors maintaining some troops in the region, using the excuse of fighting ISIS. “I think it’s a mistake to pull out the small number of troops that are there now to deal with ISIS,” he’s said.

Biden hasn’t learned the lessons of the Afghan war either. After nineteen years of failed war and occupation, he still wants to maintain some troops in the country.

“I would bring American combat troops in Afghanistan home during my first term,” Biden tells the Council on Foreign Relations. “Any residual US military presence in Afghanistan would be focused only on counterterrorism operations.”

But whoever wins in November will have to face the new reality: People in Afghanistan and the United States are fed up with the war. All foreign troops will have to withdraw.

Besides his bad record in the Middle East, Biden continues to support US domination in Latin America. Both Trump and Biden call for the removal of Venezuela’s President Nicolas Maduro, for example. Last year they supported efforts by Juan Guaido, the former head of the National Assembly, to anoint himself president.

The Venezuelan government accuses Washington and Guaido of trying to overthrow Maduro by armed force. Rightwing, former military officers tried to assassinate Maduro with a drone strike last year. Then on May 4, a group of mercenaries—including two US Army vets—landed on the Venezuelan coast intending to overthrow Maduro and install Guaido in power. The coup plot was organized by a Florida private security company. It has the earmarks of a US intelligence operation, although not surprisingly, Trump denies it.

While Biden has not formally called for regime change in Venezuela, neither has he criticized the armed coup attempts. And he favors economic sanctions to cripple the economy, saying: “The US should push for stronger multilateral sanctions so that supporters of the regime cannot live, study, shop, or hide their assets in the United States, Europe, or Latin America.”

In my opinion and that of many others, Bernie Sanders offered a far better foreign policy program than Biden. But Biden will at least restore the Iran nuclear accord, normalize relations with Cuba, and take steps to end the Yemen War. On the whole, Biden is better than Trump.

Biden has the potential of attracting working class and young voters disillusioned with Trump’s aggression overseas. Younger voters have seen the country at war their entire lives, says Erik Sperling, executive director of the advocacy group Just Foreign Policy. “They know that, at a minimum, 30,000 people die every year in the US from lack of health insurance. Fighting endless wars is not their priority.”

Biden will respond to anti-war activists far more readily than Trump. If Biden wins on November 3, then starting on November 4 progressives should be pressuring Biden to do more than “restore” US foreign policy.

After the election, says Minsky, “We will be poised and ready to oppose a whole range of issues pursued by a Biden Administration.”