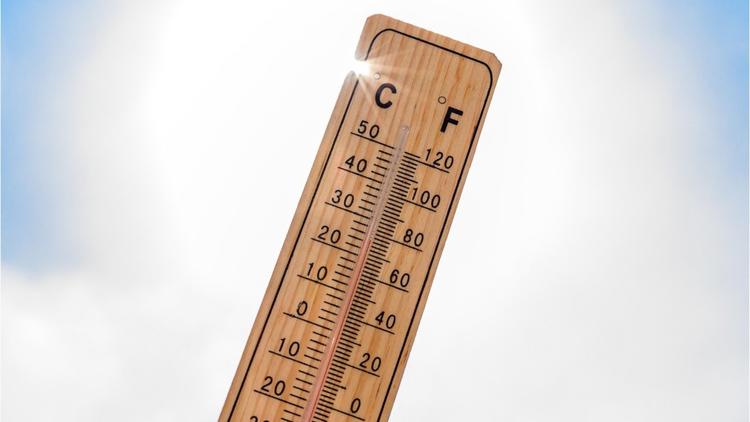 By Tom Matthews and Colin Raymond | –

The explosive growth and success of human society over the past 10,000 years has been underpinned by a distinct range of climate conditions. But the range of weather humans can encounter on Earth – the “climate envelope” – is shifting as the planet warms, and conditions entirely new to civilisation could emerge in the coming decades. Even with modern technology, this should not be taken lightly.

Being able to regulate our temperature has played a key role in enabling humans to dominate the planet. Walking on two legs, without fur, and with a sweat-based cooling system, we’re well designed to beat the heat. But hot weather already limits our ability to work and stay healthy. In fact, our physiology places bounds on the level of heat and humidity we can cope with.

The normal temperature you see reported on weather forecasts is called the “drybulb” temperature. Once that rises above about 35°C, the body must rely on evaporating water (mainly through sweating) to dissipate heat. The “wetbulb” temperature is a measure that includes the chilling effect from evaporation on a thermometer, so it is normally much lower than the drybulb temperature. It indicates how efficiently our sweat-based cooling system can work.

Once the wetbulb temperature crosses about 35°C, the air is so hot and humid that not even sweating can lower your body temperature to a safe level. With continued exposure above this threshold, death by overheating can follow.

A 35°C limit may sound modest, but it isn’t. When the UK sweltered with a record drybulb temperature of 38.7°C in July 2019, the wetbulb temperature in Cambridge was no more than 24°C. Even in Karachi’s killer heatwave of 2015, the wetbulb temperature stayed below 30°C. In fact, outside a steam room, few people have encountered anything close to 35°C. It has mostly been beyond Earth’s climate envelope as human society has developed.

But our recent research shows that the 35°C limit is drawing closer, leaving an ever-shrinking safety margin for the hottest and most humid places on Earth.

Modelling studies had already indicated that wetbulb temperatures could regularly cross 35°C if the world sails past the 2°C warming limit set out in the Paris climate agreement in 2015, with The Persian Gulf, South Asia and North China Plain on the frontline of deadly humid heat.

Our analysis of wetbulb temperatures from 1979-2017 did not disagree with these warnings about what may be to come. But whereas past studies had looked at relatively large regions (on the scale of major metropolitan areas), we also examined thousands of weather station records worldwide and saw that, at this more local scale, many sites were closing in much more rapidly on the 35°C limit. The frequency of punishing wetbulb temperatures (above 31°C, for example) has more than doubled worldwide since 1979, and in some of the hottest and most humid places on Earth, like the coastal United Arab Emirates, wetbulb temperatures have already flickered past 35°C. The climate envelope is pushing into territory where our physiology cannot follow.

The consequences of crossing 35°C, however brief, have perhaps been mainly symbolic so far, as residents of the hottest places are used to riding out extreme heat by sheltering in air-conditioned spaces. But relying on artificial cooling to cope with the growing heat would supercharge energy demand and leave many people dangerously exposed to power failures. It would also abandon the most vulnerable members of society and doesn’t help those who have to venture outside.

The only way to avoid being carried further and more frequently into uncharted heat territory is to reduce greenhouse gas emissions to net zero. The economic slowdown during the coronavirus pandemic is expected to slash emissions by 4-7% in 2020, bringing them close to where global emissions were in 2010. But concentrations of greenhouse gases are still rising rapidly in the atmosphere. We must also adapt where possible, by encouraging simple behavioural changes (like avoiding outdoor daytime activity) and by ramping up emergency response plans when heat extremes are imminent. Such steps will help to buy time against the inexorable forward march of the Earth’s climate envelope.

We hope that our research illuminates some of the challenges that may await us as global temperatures rise. The emergence of unprecedented heat and humidity – beyond what our physiology can tolerate – is just a portion of what could be in store. An even warmer and wetter world risks generating climate extremes beyond any human experience, including the potential for a whole host of “unknown unknowns”.

We hope that the sense of vulnerability to surprises left by COVID-19 invigorates global commitments to reaching carbon neutrality – recognising the value in preserving conditions that are somewhat familiar, rather than risking what may be waiting in a very novel climate ahead.

Wochit News: “Half The Current World Population Could Live In Extreme Heat In The Next 50 Years”