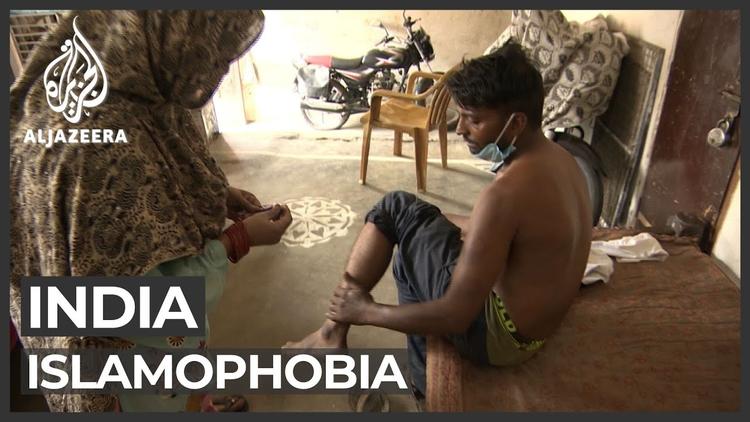 The Democracy in Europe Movement 2025 (DiEM25) expresses concern for the role of Kashmir in a dispute between two nuclear powers. We call on all participants to pledge to a process of nuclear disarmament of the subcontinent and of the long running India-Pakistan conflict, in which Kashmir represents one of the more inflammatory points.

As a Pan-European and internationalist movement we demand that European Union members acknowledge their errors in having consistently rolled out the red carpet for Modi–while conveniently ignoring India’s sliding down the path of post-democracy, despite the blatant imitations by factions of the Bharatiya Janata Party (BJP) of the aesthetic and the behaviour of 1930s European expressions of phalangist Fascism.

Among the great achievements of India’s Independence, stands its secular Constitution which aimed to prevent sectarian division. This document enjoyed the support of Gandhi, himself a devout Hindu. We believe in upholding the universalist spirit of Rabindranath Tagore’s ideas of East-West dialogue, as well as the class consciousness of Bhimrao Ambedkar who first began to challenge the institutions and the mythology of caste in India. Of course, these figureheads of independence have more recent heirs, our allies today, along with the striking workers and students who bravely protested the hijacking of constitutional law, (these ended shortly before the pandemic). After the twilight of quarantine ends, the protesters who shook India will return, and this time they will be less alone.

We call upon progressives in Europe and beyond to ask their representatives to take the BJP-ruled Indian Congress to task for bypassing the democratic system of Kashmir, and for having spurred deterioration of the world’s largest democracy for decades, undermined by the spread of racialist and sectarian propaganda.

Why has Europe for over 20 years turned a blind eye to Indian atrocities, and been reluctant to condemn the BJP government of exhibiting the kind of bigotry and intolerance that Europe sooner points out in its “official” enemies?

The reason for this, we believe, is Modi’s embrace of the global financial institutions’ consensus, the massive implementation of austerity which relegated India to a subordinate position in the world economy and hegemony; which sought to undo India’s legacy as a member of the Non-Aligned Movement and to reverse and dismantle the legacy of the more progressive post-colonial governance of Prime Minister Sri Pandit Jawal Nehru.

Among the few dissident provinces within India that have held onto the Nehru legacy, we recognise the progressive model of Kerala which pledged to afford its inhabitants a Universal Basic Income during the recent virus-lockdown.

Europe must wake up to the dangers befalling the world’s largest democracy, as well as the nuclear tensions existent between India and Pakistan ever since Washington’s support for the Zia Ul-Haq regime that endorsed Pakistan with a nuclear weapon.

The spectre of Indian Partition remains an important breeding ground for disputes and sectarian rivalry, military tension and propaganda-warfare to this day. The real threat of Partition however, is not known to India alone, and we see many conflicts in the world and in Europe that emerge from the political tragedy of partition and colonialism. DiEM25 is a movement with the historical memory of the dangers of crises of Partition, whether the kind that befell Ireland and former Yugoslavia, or when we speak the division of Ukraine today as a battleground between the West and Russia; or rivening tensions that threaten destabilisation within the Eurozone and beyond the EU’s borders today.

Therefore, DiEM25 as a progressive movement calls for an end to the hatred, propaganda wars and nuclear arms races. We demand that Europeans stop turning a blind eye to the atrocities of Modi’s post-democracy India. Our Carpe Diem Struggle for a more democratic EU, also means we strive for a less Eurocentric EU. Previously DiEM25 insisted the EU act decisively on abusive members like Viktor Orbán. For similar reasons, the EU should alter its until now over-generous foreign and trade policy towards non-members who violate human and civil rights, regardless their business friendly “good behaviour” in the neoliberal order.

Arturo Desimone is an Argentinean-Arubian writer of fiction and poetry, and a visual artist based between Argentina and the Netherlands. He was born and raised on the Island Aruba.