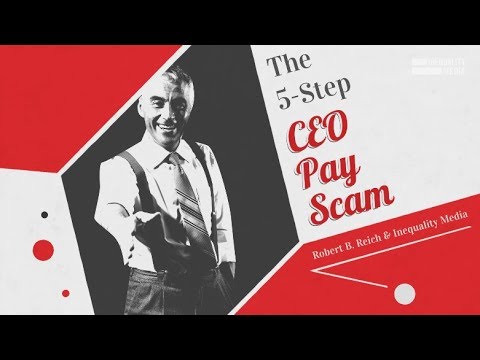 (Inequality.org) – America’s dirtiest three-letter word may now be “CEO,” and our ongoing economic meltdown is only making that tag even dirtier. Chef executives the nation over have spent this past spring scheming to keep their pockets stuffed while their workers suffer wage cuts, layoffs, and even death by Covid-19.

Not all CEOs, of course. Flacks for Corporate America would be overjoyed if we kept our focus on top execs like the Texas Roadhouse restaurant chain’s Kent Taylor, a big-hearted boss with a gushing profile in the latest People magazine. Taylor has outfitted workers at his 600 outlets with a full complement of protective gear, avoided pay cuts and layoffs, and donated his annual pay and $5 million of his personal fortune to helping employees with their rent, mortgages, and more.

But you won’t find many Kent Taylors out across the corporate landscape. Much more typical have been execs like Kenneth Martindale, the CEO at GNC, the vitamin and nutrition store chain. GNC filed for bankruptcy June 23. Five days earlier, the company generously handed Martindale a $2.2-million cash bonus. Nearly $2 million more in cash bonuses went to other top GNC execs.

Not a bad haul for an executive team that had been borrowing big bucks to buy back GNC shares of stock on the open market, a maneuver designed to shore up sagging share prices — and pump up the value of the executives’ own stock-based compensation.

This spring, with the pandemic crashing store sales, GNC suddenly found itself unable to pay off the loans that bankrolled the share buybacks. Bankruptcy became unavoidable. The company’s execs now plan to wipe out jobs at 1,200 of its U.S. stores as they search for a new buyer of the mess they’ve created.

The GNC story is repeating all over. Workers in companies tottering on the brink of bankruptcy see pink slips and pension cuts in their future. CEOs at these same firms see a shot at making lots of high-pay hay while the sun still shines.

“Corporate boards are handing out millions to top executives before their companies seek bankruptcy protection,” sums up a New York Times analysis, “and courts can’t do much about it.”

The pre-bankruptcy bonuses involve some of America’s most familiar corporate brands. J.C. Penny’s chief exec, for instance, pocketed $4.5 million in bonus just before the company entered bankruptcy proceedings that are going to leave at least 154 stores shut down.

Top execs at companies not knocking on bankruptcy’s door are playing self-aggrandizing games of a different sort. Their challenge: grabbing the lavish “performance-based” rewards they’ve negotiated into their executive pay deals at a time when a down economy has the vast majority of corporate enterprises struggling to meet their sales and profit targets.

Most executive pay deals at major corporations reward executives with shares of stock — or options to buy stock at a below-market price — if the execs meet various “performance” benchmarks. In a growing economy, with sales and share prices swelling, execs have little problem meeting these performance benchmarks. Their resulting rewards can often swell into the tens of millions.

But these same benchmarks become unreachable when economies turn sour. Executives suddenly see their promised windfalls seeming certain to evaporate — unless the execs can get their corporate boards to exercise a little “discretion,” the corporate codeword for dumbing down performance goals so execs can reap the windfalls they expected and still feel they fully deserve.

Analysts at Willis Towers Watson, a management consulting firm, have

But Willis Towers Watson has found — via a “flash survey” of nearly 700 companies — that a number of firms are considering “using discretion” anyway. Reporters at Reuters have identified at least 81 companies now in that category, a list includes corporate giants like Delta air lines, Hilton, and Uber.

A Delta filing, Reuters notes, claims that its performance measures no longer suit the “current reality.” The value of executive incentive pay, Delta insists, has declined by over half since the pandemic hit.

In Corporate America today, can’t have that. “Discretion” to the rescue!

This “discretion” works — for top execs. At Sonic Automotive, a national chain of auto dealerships, a pay deal with CEO David Smith guaranteed him grants of company stock if the company met a set of specific performance targets. Those targets became unreachable after the pandemic pummeled car sales and cost about a third of the company’s workers either lost their jobs or work hours.

CEO Smith lost nothing. Sonic’s board replaced his performance-based stock awards with options to buy Sonic shares at the company’s depressed share price. Those options now have a value of $5.2 million, over four times the value of the performance-based rewards Smith grabbed last year.

Many CEOs have pay deals that do not permit discretionary moves to make “mid-course” pay incentive changes. For worried CEOs, not a problem. Companies can simply put in place new “incentives” that enable execs to recoup whatever windfalls they may have lost when they failed to reach the original incentives. In other words: Heads CEOs win, tails they don’t lose.

All this avaricious corporate boardroom behavior most certainly merits our disgust and condemnation. But does executive pay excess, amid everything else going on right now, also merit our attention?

We have, after all, seldom entered into a summer in such a tumultuous state. We have Covid-19 cases rising. We have the worst jobless rates since the 1930s. We have police brutality finally outraging the nation into a real reckoning on racial oppression.

Not to mention a presidential election that could end in chaos.

So why should we bother paying much attention to still more corporate executive greed?

We really have no choice. We can’t afford to see CEO compensation as merely a distraction from more pressing concerns. CEO pay excess — the continuing corporate executive chase after grand fortune — is fueling the calamities that confront us.

The personal fortunes these execs have pocketed have corrupted our politics and turned our legislatures into dysfunctional chambers that can seldom accomplish anything that doesn’t involve enhancing the financial well-being of already wealthy people.

Wealthy execs, in their haste to become ever wealthier, are even privileging their own financial futures over our health. The factories and plants they run are forcing workers to labor without adequate protections or social distancing. The pharmaceutical firms they manage are refusing to share research clues on possible coronavirus cures for fear of losing out on incredibly lucrative patents for vaccines and treatments.

And none of this should surprise us. The outrageous rewards baked into our current executive pay systems give execs an incentive to behave outrageously. The more they exploit, the more they can pocket. We need to thrust upon Corporate America a new pay incentive structure.

One step in that direction would be quick action on legislation that leading House and Senate progressives introduced this past fall. The Tax Excessive CEO Pay Act — introduced by representatives Barbara Lee and Rashida Tlaib and senators Bernie Sanders and Elizabeth Warren — would raise the corporate tax rate on corporations that pay their top over 50 times what they pay their workers.

In 2018, 50 major U.S. corporations paid their top execs over 1,000 times what they paid their most typical workers.

We could do bolder still. We could deny government contracts and subsidies to corporations with wide gaps between executive and worker pay. Our tax dollars should not subsidize — in any way — the exploitation of working people.

Or as an excellent New York Times analysis has just put it: “For the voices of workers to be heard, the influence of the wealthy must be curbed.”

Sam Pizzigati co-edits Inequality.org. His latest books include The Case for a Maximum Wage and The Rich Don’t Always Win: The Forgotten Triumph over Plutocracy that Created the American Middle Class, 1900-1970. Follow him at @Too_Much_Online