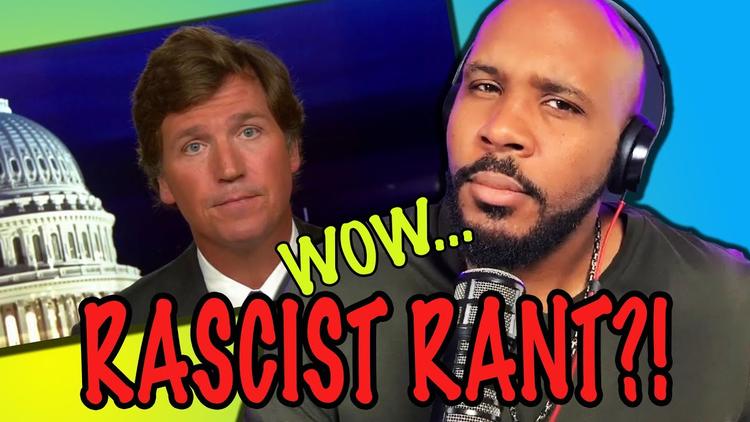 Ann Arbor (Informed Comment) – Tucker Carlson is shedding advertisers the way a rattlesnake sheds his skin. He went full white supremacist some time ago, and has been carried at Fox News only because the channel’s owner, Rupert Murdoch, appears to be a throwback to the policies of white Australia, which restricted immigration to that country from 1901 until the 1960s and 1970s. (His father Keith Murdoch, also a media baron, threw his weight behind white racial solidarity in the early twentieth century in Australia.)

Last week Sen. Elizabeth Warren led a successful bipartisan effort to amend the National Defense Act this year to require that Confederate symbols be removed from US military bases and that the bases named for horrible people like Braxton Bragg be renamed. Exceptions were made for tombstones at Arlington National Cemetery, but not elsewhere. I don’t know how many Confederate headstones there are in other cemeteries on Federal bases, but Tucker Carlson was in tears that they might be altered.

Although Mr. Carlson has a History B.A. from Trinity College in Hartford, Conn., I don’t think he was paying much attention in class because whenever he veers into history he makes toddler-level errors, like seeming not to know that civilization was in important part invented by Iraqis.

In the course of his attack on Sen. Warren, Carlson made some further toddler-level remarks about history.

He alleged of places like Ft. Bragg and Ft. Bennett, “Many of the men who fought and won World War II were trained at these bases.”

I am not sure why a soldier who fought in WW II having been trained at Ft. Bragg makes the name “Bragg” sacrosanct. As I pointed out, Braxton Bragg was a monumental screw-up as a general, a major slaveowner, and a generally horrible person. Trying to whitewash him with World War II is a logical error known as “presentism,” and if Mr. Carlson’s undergraduate History degree were worth anything, he would try to avoid it. It is defined this way: “In literary and historical analysis, presentism is the anachronistic introduction of present-day ideas and perspectives into depictions or interpretations of the past.”

Worse, the movement to name bases after monsters like Bragg was part of the “Lost Cause” movement in the South to defeat the emancipation of African-Americans through mechanisms such as Jim Crow and lynching.

As for WW II, Mr. Carlson may remember, perhaps, that it was fought against Nazis. Guess where Nazis got some of their ideas for a racial hierarchy and the branding of some races as an impurity in the body politic? As Ira Katznelson discusses, they took inspiration from the Jim Crow segregation system of the American South.

Yes, that’s right. The Lost Cause and other white supremacist irredentist movements were entangled in both the naming of Ft. Bragg and in reinforcing the Nazi enemy that troops trained at Ft. Bragg had to fight.

So you see, if you take into account not just that troops trained at Ft. Bragg to fight Nazis but what those troops were fighting against (virulent racialism), then WW II is an argument for deleting the names of Bragg and other racists from US bases, to honor the Americans who died fighting that ideology. In fact, with all their disabilities and the limitations put on them, even so 708 African-Americans died in combat in WW II, and I’m sure they didn’t want to be at a base named for a slave-owner.

They fought for a regime that was explicitly based on slave-holding, and that was the whole reason for their rebellion.

For Carlson’s information, the population of South Carolina in 1860 was 57% slaves— i.e. the vast majority. There was more than one slave per white resident. One professor notes, “Almost one-third of all Southern families owned slaves. In Mississippi and South Carolina it approached one half.”

But again, the question is what kind of society they were fighting for.

So, is Carlson now defending the rebel army that tried to destroy the United States and that killed at least 360,222 Federal military personnel? He says he isn’t, but only after a long column in which he does. Al-Qaeda killed nearly 3,000 Americans on September 11, and we’re quite rightly not willing to let that go. But it is 1% of the slaughter the Confederates visited on us. How many slaves each of them owned isn’t really the issue.

As for his principle that a healthy society doesn’t destroy its history, there is a difference between destroying and declining to honor. How silly his “argument” is can be seen if we apply it to Germany, which generally speaking doesn’t have any bases named for prominent Nazis.