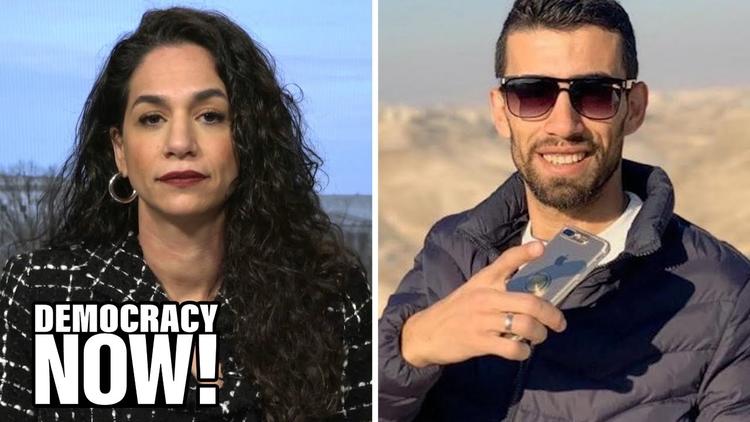 ( Middle East Monitor) – For Palestinians, Israel’s military checkpoints are made for its colonial violence and perpetual dehumanisation of the occupied population. In the latest grotesque spectacle of extrajudicial killing, Ahmed Erekat, a 27 year old Palestinian man and nephew of the Palestine Liberation Organisation’s Secretary General Saeb Erekat, was killed by Israeli soldiers after losing control of his vehicle close to a checkpoint at Abu Dis. Erekat was on his way to pick up his sister as her wedding was taking place that evening. Israel claims that his intention was a car-ramming attack.

Yet again, justice will probably be elusive as Israel’s security narrative will determine the outcome of any investigation if, indeed, one takes place. Israel does not question its extrajudicial killings policy, which provides the backing for state, soldier and settler impunity when it comes to eliminating Palestinians.

PLO Executive Committee Member Hanan Ashrawi condemned the killing and called upon the international community to hold Israel accountable. However, the “dysfunctional international community,” as Ashrawi aptly described it, will once again abdicate its responsibilities. It has, after all, justified the concept of killing Palestinians through the colonial narrative itself. Aside from rhetorical “regret”, Palestinians can expect nothing more.

Shifting attention towards the systematic repression and violence by Israeli soldiers at checkpoints is of paramount importance. These sites — there are hundreds of them, both “fixed” and “temporary” — have been normalised by the international community as necessary for Israel’s “security” and “self-defence”. Military checkpoints, however, are reminders that Israel has misappropriated Palestinian rights, notably freedom of movement, to maintain colonial control of the land and people, and are an integral part of Israel’s theft of Palestinian territory.

Delays, inspections, random refusals of permits, detentions, verbal abuse and physical harassment are all tactics employed against Palestinian civilians by Israeli soldiers at the checkpoints. Behind the fake security narrative, however, is the link between colonialism and surveillance, a tactic of Israel’s which has been employed, normalised and refined since 1948.

The international community will not question Israel’s use of checkpoints as it has normalised the colonial framework necessary for the Zionist state’s survival. Furthermore, constructing the imagined democratic state that Israel claims to be severs the link which the international community should be making between checkpoints and Israel’s colonial existence. While human rights organisations such as B’Tselem have regularly insisted upon an analysis of checkpoints within the framework of human rights violations, the international community has simply adopted the Israeli security narrative wholesale, turning Palestinians into collateral damage without listening to their stories and affirming their political and human importance.

Making what remains of Palestine unliveable is the ultimate aim of Israeli colonialism, and the international community has ensured that Israel can use all of the normalised human rights violations at its disposal. Creating a power imbalance in terms of space and psychological manipulation is the norm at Israeli checkpoints. Each day is a replica of routine measures which focus on elimination, rather than facilitating a semblance of normal living. For Palestinians, there is no escaping the violent threat posed by the checkpoints within a colonial framework. On the contrary, the threat manifesting into action is probable, as has been witnessed; documented; and, on other occasions, exposed in news headlines. Checkpoints enable colonial violence; Ahmed Erekat is sadly and simply the latest visible victim of Israel’s fake security narrative.