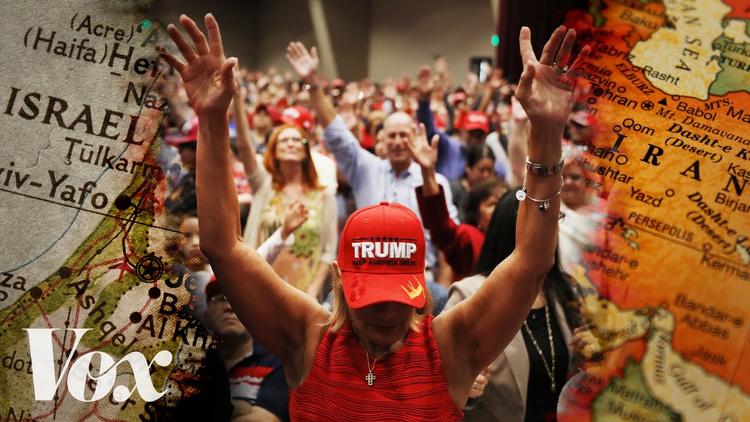 Ann Arbor (Informed Comment) – AP reports that an Israeli media regulator has pulled the license of the evangelical GOD TV for broadcasting in Israel. The head of the Cable and Satellite Broadcasting Council, Asher Biton, demanded that the channel cease broadcasting within seven days.

Ward Simpson, the CEO of GOD TV, which is incorporated as a non-profit in Florida and claims to reach 300 million households, made a video at the channel’s site in which he boasted, “God has supernaturally opened the door for us to take the Gospel of Jesus into the homes and lives and hearts of his Jewish people.” The video has been taken down and Simpson apologized for it.

He also said, “We will preach a Jewish Jesus to the Israeli nation . . . they will hear the Gospel presented to them in their own language.”

GOD TV began broadcasting its Shelanu channel in Israel in May.

Biton’s ruling complained, “The channel targets Jews via Christian content, contrary to what it had presented in its original request to broadcast, in which it mentioned that it would concentrate on Christians.”

David “Dudi” Amsalem, now Minister for Cyber and National Digital Matters, was the first to raise an alarm that Shelanu was aimed at evangelizing Israeli Jews.

The relationship of the governments of Israel with Christian evangelicals has long been manipulative and somewhat creepy on both sides. Many evangelicals only support Israel politically because they hold an odd millenarian belief that when it rules all the lands of the biblical holy land, Jesus will return and will then convert the Jews to Christianity. For the sake of this bizarre scenario, which is never going to happen, evangelicals have been willing to throw their fellow Palestinian Christians under the bus and leave them refugees or under semi-permanent Israeli military occupation. Somehow my copy of the Bible does not have anything in it about a militant Israeli Apartheid state that denies human rights to Palestinian Christians being blessed by a returned Christ.

The Israeli far right in turn is perfectly happy to accept political backing from the evangelicals even though they aim at wiping out Judaism by converting all Jews to Christianity, which is an offensive ideas to Jews, especially to post-Holocaust Jews.

GOD TV was likely only even given an Israeli broadcasting license as a form of lobbying of evangelicals by the Israeli authorities. They may also have hoped that the minority of Palestinian Christians might be influenced by it.

The view of Jews on the part of some pro-Israel evangelical Christians has been quite alarming. As I wrote, John Hagee once said that “God sent Hitler as a ‘hunter’ to track down the Jews and kill them, in accordance with the Book of Ezekiel, and that the Jews in Israel currently have ‘dead souls.'” That is, he holds that Zionism, the congregation of Jews in Palestine as a nation-state, was God’s plan, and since Jews up until the 1930s had mostly not been very interested in that project, God sent Hitler to kill 6 million of them and create the will to bring Israel into existence. Not all evangelicals are as heartless or insane as Hagee, but the privileging of an ingathering in Palestine of Jews over human rights, whether Jewish or Palestinian, is characteristic of Christian Zionism.

So it is inevitable that the odd couple of far right wing Jewish Zionism and far right wing Protestant evangelicalism will occasionally tangle with one another. They are only allies of convenience and would not hesitate to cut one another off at the knees if the right occasion arose.