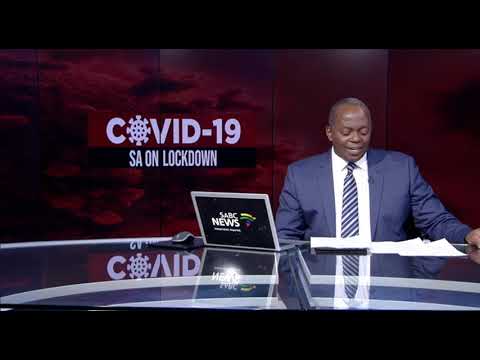 ( Middle East Monitor ) – As the date for Israel’s planned annexation of Palestinian lands draws closer, Israeli circles have expressed growing concern about the consequences of the move.

The concerns do not stem from the fact annexation violates international law or that it overturns the obligations of an occupying power and violates the principles of the “peace process” and the “road map” that the Quartet established; they lie mainly in the fear of unsatisfied international and regional responses regarding the anticipated annexation step, as well as its security costs on the ground, its administrative and economic consequences, and whether it will be generally feasible for the occupation authority.

Israel’s tendency towards annexing areas of the West Bank has revealed a firm message that the Israeli side is not primarily concerned with the establishment of an independent Palestinian state, even if it is demilitarised, geographically unconnected and lacks economic fundamentals.

The occupation practically controls all of the West Bank and enjoys sweeping American support in this regard. The announcement of this annexation is the only remaining step, after consecutive Israeli governments paved its way with policies and procedures over more than half a century. They have seized Palestinian lands, establishment settlements on them and exercised dominance in the name of the ongoing military rule in the West Bank since 1967.

The annexation plan includes, for example, the Jordan Valley and the northern Dead Sea, a region of strategic and vital importance that occupies approximately 30 per cent of the area of the West Bank. The Israeli occupation authority has long worked to impose systematic restrictions on Palestinian citizens in the Valley, who are rarely allowed to manage their resources. The annexation of the Jordan Valley, in addition to its strategic consequences, simply means that any Palestinian state will only exist within a narrow and isolated area between Israel’s hands, and this “state” will not have external borders, as this Valley forms a barrier along the West Bank border with Jordan.

What has remained of the “peace process” promises will end completely with the annexation of large areas of the West Bank in this way, in addition to the areas that the occupation has previously occupied under the pretexts of settlement, construction of the Separation Wall, cutting of road, military necessities, etc..

One of the consequences of this step is that the Palestinian Authority will lose the justification for its existence, as it was originally established in 1994 to be a mere transitional stage on the road to the establishment of an independent Palestinian state in the five years that followed.

Successive Israeli governments have endeavoured to sustain the occupation, promote settlement and cut off life from any prospective Palestinian state. It can be said that the slogans of negotiation and peace were only a cover for the chronic evasiveness practiced with the Palestinian people, who were tied up, divided and tightly controlled. The Israeli occupation took advantage of the “stage of peace and negotiations” to impose further changes on the ground. This includes the fact that settlement has quadrupled during the past quarter of a century, while East Jerusalem has been isolated from the West Bank, in addition to destroying the demographic situation in the West Bank.

Reality has other harsh aspects, including the policy of financial blackmail practiced by the Israeli government with the Palestinian Authority, for example, by impeding the transfer of tax funds. A new crisis occurs every month because of this money, and the occupation authorities have cut some of it under various pretexts. The establishment of a “Palestinian State” under these conditions will not lead to any economic independence, since this “State” will be an entity that does not have the slightest conditions of independence and sovereignty.

Rather, it will be a state incapable of protecting its citizens, since all its weapons are needed to resort to internal repression and prevent revolution against the occupation, instead of repelling the continuing violations waged by the occupation forces on the ground.

Whether or not the Netanyahu-Gantz government takes the decision to annex vast territories of the West Bank, the message is clearly received. It stated that the Israeli side was not primarily concerned with any supposed peace process or any serious negotiations, and that it has consistently sought to impose the desired changes on the ground day by day tirelessly, and has not been curbed by criticism from the international community and its repeated verbal statements. These include resolutions, reports and warnings issued by the United Nations General Assembly, the Security Council, the International Court of Justice, the Human Rights Council, the European Union and other bodies. It is an unhappy ending that the longstanding lax international community participated in with a chronic military occupation and has not dared to take a punitive or deterrent step yet.

It should be recognised that the “Middle East peace process” that started in Madrid in 1991 and which has gone through successive stations, including the international Quartet’s promises to establish a “viable, independent, and geographically contiguous Palestinian State”, is like a continuous funeral procession of rights, justice and international law. The fact is that successive Israeli governments did not want Palestinian independence in the first place. Likewise, no Israeli government has yet dared to utter the term “Palestinian people” mainly because it conflicts with the Zionist belief and settlement ideology. The scene ended with a carefully woven reality of domination and oppression, in which the Israeli occupation authorities developed their own system of apartheid, Bantustans, segregation, control, censorship and persecution, while the international community is watching carelessly.