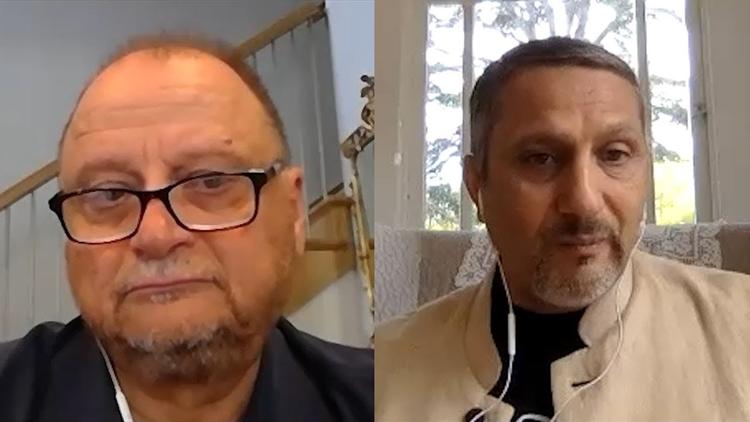 Ann Arbor (Informed Comment) – Far Right Israeli prime minister Binyamin Netanyahu’s plan to steal 1/3 of the Palestinian West Bank is likely unstoppable, but a handful of institutions that still believe in an international rule of law have stepped in, in recent days, in an attempt to forestall it.

Israel’s military occupation of the West Bank and its permanent siege of Gaza are by now illegal under the terms of the Hague Convention of 1907 and the Geneva Conventions of 1949 on the treatment of populations in Occupied territories. The law envisaged a two- or -three-year occupation during wartime that would be quickly ended when hostilities were, as with Fascist Italy’s occupation of Nice in France. The law forbids the Occupying Power to flood the territory with its own nationals. The law forbids the Occupier substantially to change the ways of life of the occupied population. The law forbids the Occupier to annex to itself the Occupied territory or any part of it. Israel since 1967 has broken all these rules thoroughly and extensively. In the past couple of years its army snipers have even just begun shooting down unarmed demonstrators in Gaza that pose no harm to the Israeli military, which is a war crime.

Since the United States and other Great Powers have allowed Israel to break international law repeatedly and massively with impunity, civil society has organized boycotts of Israel in the form of Boycott, Divestment and Sanctions. Israel’s government has a whole ministry, that of “ Strategic Affairs,” devoted to squelching the BDS movement. It has collaborated with far right evangelical lawmakers in the US in a bid to outlaw boycotts of Israel in 28 states, or at least to deny state funds to boycotters. People have been fired from their jobs and academics are denied honoraria at state universities. When these laws have been challenged in the court in states with an upright judiciary, they have been immediately struck down. But getting them back off the books is a hassle and takes time, so these laws are an effective holding action. A court in Arkansas was so benighted and possibly corrupt that it actually upheld the law, which is the beginning of the end of the First Amendment. To have a well-funded and powerful ministry of the Israeli government plotting in a concerted way against the US Constitution is chilling.

The French government actually arrested some members of the Left Front (Front de Gauche) political coalition, which has seats in the French National Assembly and in the European Union, for boycotting Israel, charging them with engaging in discriminatory practices. The Israeli far right, which is about as racist as the come, cynically manipulates public opinion in Europe and the US by claiming that criticizing its war crimes against Palestinians is a form of racial bigotry directed at Jews. This ridiculous charge is often actually taken seriously by people who should know better, including, apparently a French magistrate.

The defendants in the French case took it to the European Court of Human Rights, which on Thursday struck down the French court decision with prejudice, saying it had “no relevant and sufficient grounds,” and ordered the French government to pay over $100,000 in damages to the defendants. Since the decision affects all 27 EU member states, it is a huge defeat for the Israeli far right, and a big victory in Europe for freedom of speech.

The European Union representative in the Palestinian territories, Sven Kühn von Burgsdorff, said Thursday that the EU does not recognize Israeli sovereignty over the West Bank or East Jerusalem adding, “Any annexation would constitute a serious breach of international law and substantially lessen the likelihood of a two-state solution. It is rejected on our part.” He said the EU position was based on international law.

The European Union as a body is unlikely to sanction Israel for annexation, but individual European countries could do so. Ireland is considering a bill to ban import of goods made by Israeli squatters in the Palestinian West Bank, and several European countries have considered recognizing the Palestine Authority as a full state with diplomatic relations. Unfortunately, Germany is taking the chairmanship of the EU, and Berlin for obvious reasons cannot be seen to be sanctioning Israel, so many observers think that Germany will manage to save Israel from sanctions, even if its officials express discomfort with the annexation. It does not actually help Germany to make amends for the Nazi past to inflict present harm on the Occupied Palestinians, but this is the way it works.

Even the Israeli Supreme Court, which has often ruled against Palestinians and their interests, made waves this week. It struck down a 2017 law passed by the far right wing Israeli parliament that legalized the squatter settlements in the West Bank on private Palestinian land. The Israeli government had traditionally made a distinction between settlements built on land taken by eminent domain, which were legal, and those established on the farm of a Palestinian farming family, which were illegal. But the government has ratcheted so far to the right that it tried essentially to legalize massive land theft.

‘According to the Court, the law “violates Palestinian property rights and equality” by privileging the “interests” of Israeli settlers. Up to 4,000 settler homes were retroactively legalised. The nine-judge panel ruled eight to one that the law did not “provide sufficient weight” to the status of “Palestinians as protected residents in an area under military occupation.”’

I.e., the Israeli Supreme Court ruled in accordance with the 1949 Geneva Conventions. Boy were a lot of Israelis furious at it over this ruling. The court also challenged the far right talking point that Israel isn’t really occupying the West Bank because it was not acquired from an established state. This talking point is wrong, since it was acquired from Jordan, which was the caretaker for Palestinian affairs there, and also because there is nothing in international law permitting the permanent occupation and statelessness of people just because they are stateless.

The ruling only, however, affects 4,000 of the hundreds of thousands of Israeli squatter-settlers on the Palestinian West Bank.

These rulings will be seen by the Netanyahu government as major setbacks. In my view, the really big setback to Netanyahu was the finding of the International Court of Human Rights. A lot of European individuals and companies will boycott Israel over annexation and continued war crimes, and Europe is Israel’s major trading party.

Still, there is nothing so far to stop the annexation from happening, and while European and other civil society gradually applies a little bit of pressure, West Bank Palestinians face decades of Apartheid, statelessness and lack of basic human rights.