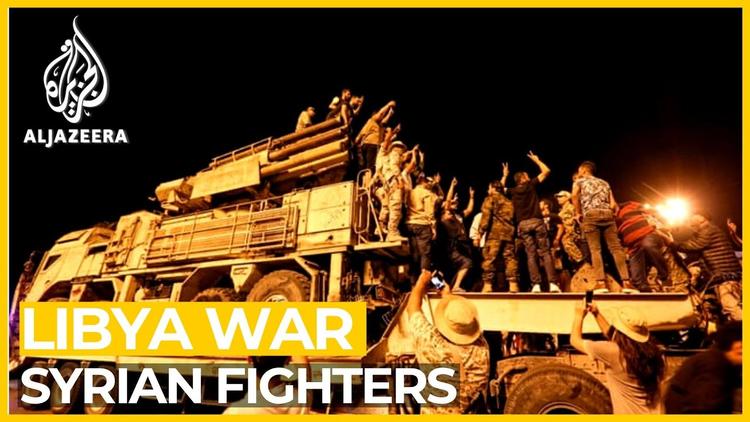 Belgrade (Special to Informed Comment) – The Libya’s civil war intensifies as Russia and Turkey are expected to negotiate the fate of strategically important coastal city of Sirte. The control of the oil rich province, as well as Jufra airbase, seems to be a top priority for both, Moscow and Ankara.

Russian analyst Kirill Semenov wrote that Russia undoubtedly had something to do with the jet supply to Libya but that the aircraft “can no longer be considered Russian as they have been handed over to Hifter’s air force and now belong to it”. He also said that it cannot be ruled out that the jets were deployed to Libya from the arsenals of Syria’s President Bashar al-Assad’s air force rather than from Russia. Even if that was the case, given the fact that Assad’s Syria is a Russian client state, it is very unlikely that he supplied fighter jets to Haftar without previously getting the approval from Moscow. Still, the Kremlin insists that Russia is not arming LNA.

“Military equipment that has long been operational in Libya is misrepresented by some sources as new Russian supplies. A bulk of wrong data or deliberate falsifications has to do with military goods”, said Russian Special Presidential Envoy for the Middle East and Africa and Deputy Foreign Minister Mikhail Bogdanov.

The GNA, on the other hand, claims that up to 3000 “Russian and Syrian mercenaries” are operating in the area of ​​Al-Jufra airport, but Moscow strongly denies any Russian military involvement in Libya. It is worth remembering that Russia also denied that its armed forces played a role in events leading up to Moscow’s incorporation of Crimea into Russian Federation in March 2014, but eventually Russian President Vladimir Putin admitted that Russian troops were active on the peninsula ahead of the referendum. Also, six years after the conflict in the Donbass erupted, the Kremlin still denies that Russian army supports Moscow’s proxies on the ground. Therefore, it is part of Russian strategy to deny and try to camouflage its involvement in armed conflicts aboard. Turkey, on the other hand, plays open cards. Ankara, unlike Moscow, does not have to hide the fact that it support its proxies in Libya.

“Turkey stands by Libya’s UN-recognized government against the putschist Khalifa Haftar and those who support him. All of Haftar’s power comes from Russia”, said Turkey’s President Recep Tayyip Erdogan.

Russia is not the only country that supports Khalifa Haftar. Egypt is one of his main sponsors, and Cairo indirectly threatens to deploy its troops to Libya. However, at this point it is unlikely that Egypt will intervene in Libya’s civil war. Instead, it is using harsh threats as an instrument in order to push Erdogan to make concessions. For both, Egypt and Russia, Sirte seems to be a red line in this phase of the conflict. Taking Sirte would open the gate for the GNA forces to press farther eastwards, towards vital oil installations, terminals and fields that are currently controlled by the LNA. That is why Erdogan is trying to force Haftar’s backers to give in to Sirte and the Al-Jufra air base, which will sharply strengthen Turkey’s position, making it the main player in Libya. In other words, Turkey, through its proxies, is trying to capture as much territory as possible in order to establish a better negotiating position.

According to Russian analyst Andrei Chuprigin, the current escalation of the conflict is part of preparations for peace negotiations that could take place in the fall. He believes that Russia and Turkey, as well as certain European countries, are now trying to create their own zones of influence in Libya which will give them a better start position for future negotiations. According to Russian sources, Turkish media claim that Russia aims to create a military base in Libya, while the GNA officials warn that they will not allow Russians to set up their base in Sirte.

In any case, an escalation of the conflict around the oil-rich province is expected to take place in the near future. Due to the fact that the Russian Federation communicates with both LNA and GNA, and also constantly makes deals with Turkey, its role in Libya will likely increase. Finally, it remains to be seen if Russia will prevent Bashar al-Assad from resuming military operations against Turkey-backed forces in Syria’s Idlib province, and that way gets more opportunities for bargaining with Turkey over both Syria and Libya.

Al Jazeera English: “Russia hiring of Syrians to fight in Libya surges in May: Reuters”