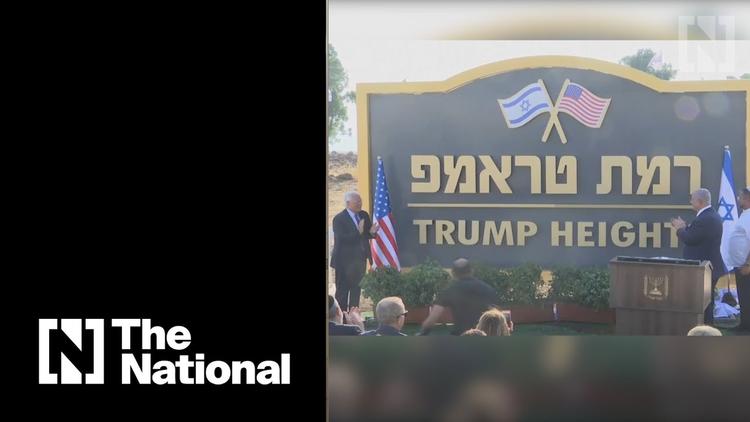 Israel has has militarily occupied much of the Golan Heights since 1967 and which it has illegally stolen from Syria. The United Nations Charter, to which Israel is a signatory, forbids the acquisition of territory by war, and all but one of the UN member states have refused to recognize the 1981 annexation. Israel’s Occupation has separated Syrian families from one another, with 26,000 mostly Druze Syrians trapped on the Israeli side of the occupation line. Israel’s government has planted a similar number of Israeli squatters on the land owned by these Syrians, stealing it from them without compensation.

The widely respected International Commission of Jurists has a long and detailed paper on how Israeli squatting on, and annexation of, occupied territory are both about as illegal as you can get.

In 2019, the Trump administration recognized the Israeli annexation of the Golan, contravening international law. That the world community let Israel get away with annexing part of Syria, which has had no negative consequences, has encouraged the far right wing Likud-led government of prime minister Binyamin Netanyahu to also illegally annex the Jordan Valley and other parts of the Palestinian West Bank this July.

The government will spend $2.3 million to build Trump Heights on the Golan. Some of the money will be passed through the World Zionist Organization.

When the plot — oops, I mean, plan, was announced last year, Trump tweeted his support. He alleged that these Israeli settlements on Syrian soil would protect Israel from Iran and Hizbullah. Actually, there are no Twelver Shiites (the sect from which Lebanon’s Hizbullah is drawn) in the Golan, and putting a few more civilian Israeli squatters on Syrian territory in any case would not actually protect Israel from anything. I mean, the US does give the Israelis (a rich country) over $3 billion a year of your and my taxpayer funds and they do have, like, fighter jets to protect themselves from Hizbullah, which they did in 2006. Hizbullah is a small guerrilla group and has no aircraft. The configuration of the aggressive acquisition of other people’s land as a defensive move has an unsavory history in Central Europe that you would think Trump would want to distance Israel from.

Trump has been a one-man wrecking ball for the international rule of law, challenging principles such as proportionate response in warfare, threatening to kill or take hostage civilians, and approving of the illegal acquisition of a neighbor’s territory. It makes it hard for American diplomats to go on criticizing the WW II Axis. Many of the crimes tried at Nuremburg have now been blessed by Trump. In fact, the US is sanctioning members of the International Criminal Court in the Hague for daring interfere with Trump’s and Netanyahu’s march of illegality.

So in some ways it is only right that an illegal squatter-settlement on land illegally annexed from a neighbor should be given the Trump name. That’s what he stands for. An epochal shame. And Americans wonder why they are so often hated around the world…