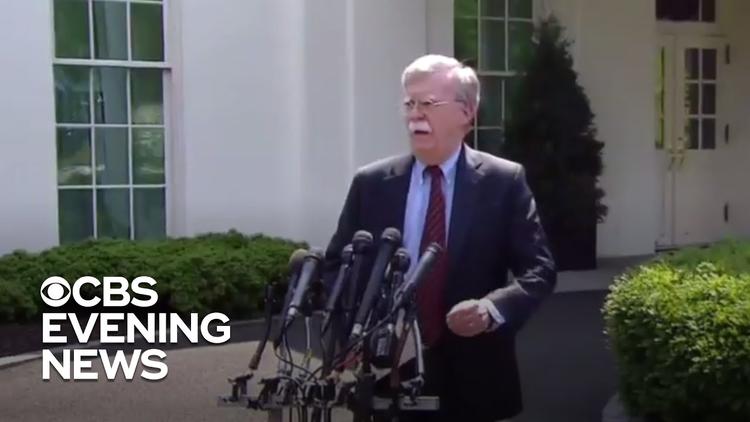 Ann Arbor (Informed Comment) – The Trump administration has been running ads against Joe Biden accusing him of being soft on Beijing. And the Biden campaign has been depicting Trump as a patsy for praising Chinese President Xi Jinping’s handling of the coronavirus pandemic. Both are betting that the US public is increasingly hostile to Beijing because the novel coronavirus originated in China. So reports Michael Martina at Reuters.

But it turns out that, according to former national security adviser John Bolton’s new book, when Trump met privately with President Xi, he begged his counterpart in Beijing to help him get elected. So report Ben Fox and Deb Riechmann at AP, who have seen an advance copy. Not only that, but when Xi told Trump he was planning to put the Uighur Muslims of China’s northwest Xinjiang province in concentration camps, Trump told him it would be an excellent idea.

Trump’s secretary of state Mike Pompeo has been scathing of China on the Uighur issue (the only time Pompeo has ever stood up for Muslims). But it turns out it is all hypocrisy and for show. Pompeo can tell his colleagues in Muslim-majority countries he criticized China for its Islamophobia. But at the same time his own president, Trump, has been a one-man cheer-leading squad for religious and ethnic repression. China is afraid of separatist tendencies among the Turkic-speaking, Sunni Muslim Uighur and also believes that the US Central Intelligence Agency has tried to exacerbate that separatism.

Trump has gloried in his reputation for being hard on China with regard to the huge trade imbalance between the two countries, with the US buying far more from China than vice versa. Trump has noisily put tariffs on Chinese goods, which he represents as a cost borne by China. Actually, the tariffs are paid by the US consumer.

In any case, as of February of 2020, the over-all US trade deficit was 14% higher than in Obama’s last year. Yes, friends, the fearsome mercantilist and economic nationalist Trump has actually run up the US trade deficit with the world.

If we figure in December, 2019 dollars, the picture looks this way. As for China, the US trade deficit with that country in the last year of the Obama administration was $373 billion adjusted for inflation since. In the first two years of Trump it skyrocketed to $432 billion. Trump then panicked and slapped high tariffs on Chinese goods, and wrestled the China deficit in 2019 back down to $350 billion. All his effort just got us just about back to where Obama had been.

One thing that happened was that firms that made cheap things in China and sent them to the US just switched production to Vietnam and other countries that Trump had not slapped high tariffs on. So the over-all trade deficit of the US with the world is 1/7 higher than under Obama, and the deficit with China is only very slightly lower than in Obama’s last year, in real terms, according to Citizen.org.

So whatever Trump’s campaign staff think, Trump doesn’t have the record to run against Biden as soft on China. You can only imagine the campaign ads the Biden team will make out of the Bolton revelations. I think those ads will hurt Trump in Michigan and some other swing states, where workers haven’t seen the jobs come back from China that Trump had promised. According to one poll, Biden already led Trump in Michigan in late may 53% to 41%. Other polls have the race a bit closer in Michigan. In Ohio two weeks ago Biden was ahead 45% to 43%.

I don’t know if China is really the thing that will turn the map blue, though. If it is a factor, I can’t see how Trump now has an edge in that regard.

Personally, I don’t approve of xenophobic campaign themes on either side of the aisle, especially on the economic issues. Trade is complex. Inexpensive Chinese imports raise the standard of living for US consumers.

I agree that the US trade deficit is a real problem, but it is caused by the dollar being the world’s reserve currency, keeping it strong when it should weaken and lower the cost of US exports. As Trump’s inability to lower the over-all trade deficit proves, simple China-bashing won’t fix the problem. US policy-makers should look into how Germany has kept its manufacturing base despite paying German factory workers a proper wage with proper benefits.