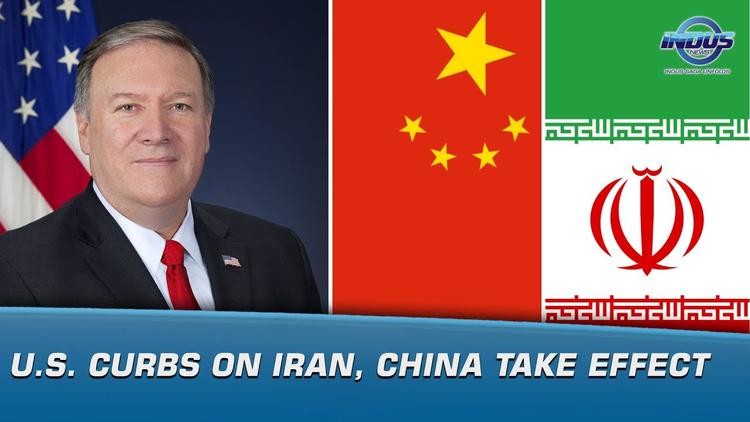 Washington, D.C. (Special to Informed Comment) – The United States’ unilateral withdrawal from the unanimous UNSCR 2231—the “Iran nuclear deal” -— along with the enactment of an unprecedented “maximum pressure” sanctions regime on the Islamic Republic of Iran has amounted to a strategic-level strike on the economy of this country of 80 million. The goal from the start of the Trump Administration has been abrupt regime change, and this major foreign policy reversal took place without a whimper in Washington. This is surprising, since this policy —- if maintained —- could reasonably lead to much more than we imagined. The broader contexts and structure of Iranian society suggests that, if the Islamic revolution collapses, what happens next will be far worse than the gradual, incremental revolution that has been occurring in Iran up to this point.

Consider this point: Only one regime that has changed in the broader Middle East in the past decade has remotely resembled what the US policymakers are hoping for.

Iraq—once the most-educated, most-advanced, least sectarian country in the region before the US sanctions and invasion—is in shambles and essentially a failed state and a satrapy of Iran. And, this was the result even after unparalleled investment by the US.

In Egypt, the deep state military junta led by Abdel Fatah el-Sisi deposed a democratically elected government and ushered in a military regime that by any measure even more brutal than the former one of long-time dictator Hosni Mubarak—and it is rapidly tilting toward Russia.

In Yemen, the revolution to oust the Saudi and US-backed regime of Ali Abdullah Saleh in Sanaa, along with its clone-like replacement of Abdrabbuh Mansur Hadi, failed to produce a fair power and wealth-sharing compromise with the long-marginalized and largely peaceful Shia Zaydi faction that comprises 40 percent of Yemen’s population. This resulted in a takeover an armed Zaydi militia, Ansar Allah or Houthis, and that prompted Saudi Arabia and the UAE to launch a war on the Houthis. This five-year war—supported in key ways by the US—has achieved nothing but the destruction of the country, and threatens to further starve 10 million mostly young people.

In Libya, the US-led effort to depose the dictator Muamar Qaddafi has resulted in a failed state. The country has disintegrated into hundreds of militias, and the deteriorating situation led to the reassertion of another military strong-man, —Khalifa Haftar, a former US operative, over all but the capital area.

In Syria, the regime change that the US tried to foment has equally failed. The resulting civil war has radicalized large swaths of the Sunni populace, reduced much of the country to rubble, pitted the US against the largest member of NATO, Turkey, created a safe-haven for ISIS, and prompted the largest humanitarian crisis of our time, with over 12 million people displaced.

Thus, the civil wars in societies like these that reliably begin with the Western idea of “regime change,” typically develop into total wars that can last a decade or more, with no winners, and with many external actors that prevent reconciliation by the original local opponents.

But, if we go further and examine some of the structural aspects of the Iranian regime and the context of its rule, then we find several more specific reasons why the maximum pressure sanctions against Iran will likely similarly fail to produce the kind of Gorbachev moment that the administration is seeking.

First, economically, militarily, and informationally, the regime in Iran has near absolute power. It controls the state-owned enterprises and the various parastate institutions which comprise as much as 80 percent of the economy. It also controls all of the guns in the country; it controls all of the press and the narrative, and prevents the emergence of any opposition movement. And the regime has loyal Shia militias in Iraq, and Lebanon, and enjoys the close and increasingly strong strategic relationship with China and Russia—all of whom have major investments in the status quo. For these reasons, the regime is poised to hang on until the country is bankrupt, and in the crisis stage—much the same way that the regime in Lebanon has been able to stay in power up to the point of catastrophe.

Second, ideologically, the core of the regime is comprised of true believers in Khomeinist Islamism—the clerics, and the MPs vetted by hardliners in the Guardian Council, and the IRGC and the Basij paramilitary. As did other Islamist ideologues like Egyptian Muslim Brotherhood’s Sayyid Qutb and Pakistani Jamaat-e-Islami’s Maulana Maududi, Iran’s founding Supreme Leader Ayatollah Khomeini saw the Islamic revolution as based on a non-negotiable religious conviction that God’s supreme interest was in instituting His laws in society to guide mankind. This Islamist revolutionary governmentality saw Western secular liberalism as diametrically opposed and even sinful. As true believers, the Islamic revolutionary regime elite are not likely to jeopardize their eternal future in a Gorbachev-like moment—admitting that the Islamic state was a failure, and turning over a government by God’s laws—even if it is not being managed well—to a more secular government and manmade law.

Third, too many in the Iranian regime elite are guilty of various crimes. Some clerical and political elite inside of the regime’s patronage cone have engaged in corruption or unfairly used their connections to accumulate vast wealth at the expense of ordinary Iranians, while others in the IRGC and the Basij have used their guns to kill protestors in 2009 and 2019. All of them fear that they would suffer the same fate as other deposed regime leaders—Iraq’s Saddam Hussein, Egypt’s Mubarak and Morsi, Libya’s Ghaddafi, and Sudan’s Omar Bashir—if they tried to turn over power peacefully to a “street” bent on retributive justice for past crimes. For this reason, when authoritarian regimes fear this kind of retribution at the hands of those whom they have oppressed, they can either seek mass asylum in a friendly country, as Yemen’s Saleh did in Saudi Arabia—or resist the revolutionary challengers to the point of civil war.

This is what happened in Syria. When the constant “Bashar al-Assad must go” refrain emerged from the Obama administration, the Syrian regime elite knew that they had sufficient blood on their hands from the past forty years, and that, without international amnesty, their choices were either to stay in power or to literally die at the hands of the government run by those whom they have oppressed. The brutal devastation that the Syrian regime was willing to perpetrate since 2011 is the result of this calculus; they simply had no other pragmatic choice. It is in this context that the Iranian regime cannot hand over power in a Gorbachev-like moment; this is why the elite will similarly fight to the end to prevent their own death and the death or imprisonment of their family members.

The first great risk of the US economic blockade, therefore, is that this desperate, religiously principled, and fear-motivated regime will necessarily persist until the point that it will descend into in civil war with and even more desperate and more numerous Iranian street. That point will probably come when the majority of Iranians increasingly outside of the regime’s gradually shrinking patronage cone—are so hungry and destitute that they violently attempt to remove the Islamic revolution’s “winners” who are on the inside of that clientelist network.

David Belt is a Professor at National Intelligence University, in Washington DC—the graduate institution of the 17 agencies of the US intelligence community. He leads the university’s broader Middle East concentration, and mentors student thesis research in the social analysis of strategic-level threats from Muslim majority communities worldwide.