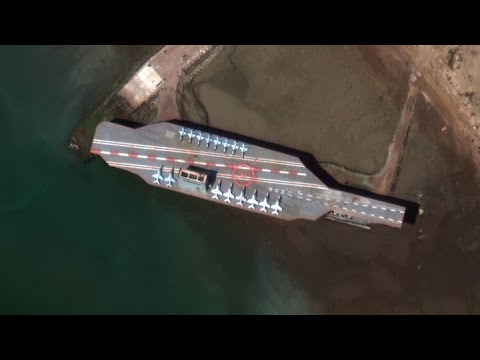 Ann Arbor (Informed Comment) – Sepahnews quotes Brigadier Amir Ali Hajizadeh, commander of the Aerospace Force of the Iranian Revolutionary Guards Corps (IRGC), as saying that his unit was able to launch ballistic missiles from bunkers the depths of the earth for the first time in world history. (He did not explain what he meant by this, but on the face of it, it is not true). The launch came on the last day of Iranian war games on Wednesday. He said that the IRGC had demonstrated that its missiles could reach aggressors anywhere in the region. Iran also flew Russian Sukhoi Su-22 fighter jets against mock targets.

Al Jazeera reports that on Tuesday, Iran had launched ballistic missiles on a mock-up of a US aircraft carrier in the Straits of Hormuz. Some 30% of the world’s petroleum supplies flow through the Straits of Hormuz at the mouth of the Mideast Gulf. The exercise was monitored by the US Fifth Fleet, headquartered at Bahrain in the Gulf. It led to US base at al-Udeid in Qatar and US personnel at the United Arab Emirates al-Dhafra Airbase near Dubai being put briefly on alert. There are some 11,000 US Air Force personnel at al-Udeid, which has been a major launching point for missions against the Taliban in Afghanistan and ISIL in Iraq and Syria. In the UAE, the USAF 380th Air Expeditionary Wing is based at al-Dhafra, and it, too, has been heavily involved in counter-terrorist operations.

The IRGC put up a surveillance satellite photo of al-Udeid base, taken from its Nur satellite, which it launched into orbit in April of this year. 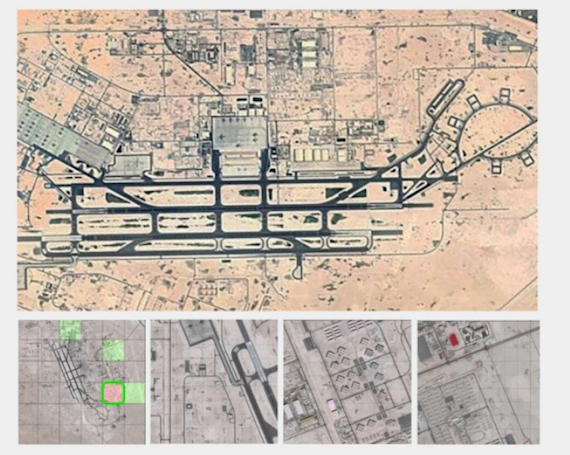 The whole exercise was obviously aimed at letting the US know not to try to interfere with Iranian petroleum exports, and launching an implicit threat against US service personnel in the Gulf region. The threat is not very serious, however, since Iran has good relations with Qatar and would not want to spoil them. Moreover, Iran wants the US to continue to mop up ISIL remnants in Iraq, which are a threat to Iran, as well.

Iran is a nothing as a military power, with a military budget on par with Norway or Singapore, so the entire affair is mere theater. Moreover, the US does not have to block Iranian oil shipments physically, since it is using its position in international bank exchanges to prevent the sales in the first place.

The United States is attempting to keep Iran under a UNSC ban on new weapons purchases that is set to expire on October 18, but Russia and China seem determined to let the ban expire. The US will attempt to sanction officials and firms involved in such sales, and it remains to be seen if Russia and China will really be willing to, and be able to find safe mechanisms, to defy Washington on this issue. China and Iran have tentatively inked a 25-year agreement on oil sales and hundreds of billions of dollars in investments in Iranian infrastructure that will incorporate Iran into Beijing’s One Belt, One Road initiative.

The Trump administration appears to think that its economic strangulation of Iran, whereby it is preventing countries from buying Iranian oil, using threats of third party sanctions, is risk free. It has, however, a real potential to spiral out of control into a hot war.