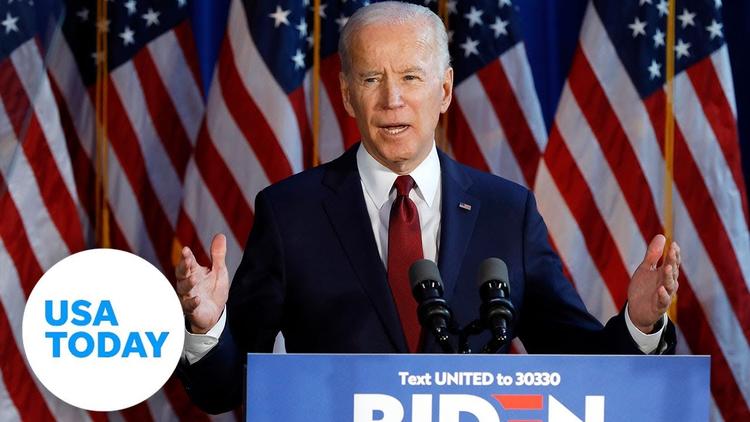 By Brett Sudetic and Giorgio Cafiero | –

( Middle East Monitor ) – The upcoming US presidential election’s outcome is bound to significantly impact Iran’s future. President Donald Trump securing another term could leave Tehran continuing to face Washington’s “maximum pressure” campaign—a policy of harsh and sweeping sanctions crippling the country’s already faltering economy, and a continued brinkmanship that always risks escalating into a military confrontation—for another four years. Alternatively, if former Vice President (VP) Joseph Biden wins, Tehran-Washington relations could become less hostile, with both the US and Iran taking advantage of offramps to avoid a continued escalation that could spiral out of control.

With a likely embrace of more pragmatic policies toward Tehran, a Biden presidency could ease US-Iran tensions by moving bilateral relations in a more stable direction with a reduction, albeit not a total elimination, in Washington’s pressure on the Islamic Republic. Although impossible to predict how Biden would conduct foreign policy if elected, his record as Barack Obama’s VP and as a US Senator since the 1970s can help inform observers of what style of leadership Biden might bring to the international stage.

Like Obama, Biden has favoured a “liberal internationalist” agenda on the world stage. Although no dove, he has on many occasions favoured diplomacy and strong US support for international engagement and multilateral institutions—a contrast to Trump’s foreign policy defined by bold unilateral moves such as withdrawing the US from the Joint Comprehensive Plan of Action (JCPOA), the World Health Organisation, and the Paris Climate Agreement. In his Iran policy, Biden may be more sensitive to the interests of NATO members such as France, Germany, and Turkey, which supported the JCPOA and regretted the US’ decision to withdraw from the agreement in May 2018. Some analysts maintain that a Biden win in November could even put a US return to the JCPOA on the table.

A Biden presidency’s Iran policy would likely be more predictable and coherent than the current administration. Shortly after the Trump administration’s brazen killing of Iranian General Qassem Soleimani in January, Biden presented a statement where he lambasted Trump’s reckless policies vis-à-vis Iran as well as the greater Middle East, blaming them for an “utterly predictable cycle of escalating conflict with Iran”. He went on to bash the Trump administration’s lack of planning and an inability to respond effectively to, for example, Iran’s downing of a US military RQ-4A Global Hawk drone. While condemning Iran’s sponsorship of terrorism, human rights abuses, and imprisonment of US citizens, Biden also called for a “smarter way to counter Iran”, likely consisting of a reduction in unilateral sanctions and an attempt at diplomatic engagement.

A President Biden may also be less susceptible to Saudi and Emirati lobbying for greater pressure on Iran, something Tehran would gladly welcome. Trump has gone to great lengths to give Crown Prince Mohammed Bin Salman the benefit of the doubt in many instances (Jamal Khashoggi murder, war in Yemen, the Lebanese prime minister’s “kidnapping”, etc.) while also lending his ear to Saudi narratives about regional issues such as Yemen’s Houthi rebellion, the Muslim Brotherhood and the perceived Iranian threat. A Biden presidency, however, could create additional space between Washington and Riyadh on matters that directly impact the Iranians, as the former VP’s rhetoric suggests. At a Democratic debate held in November 2019, the former VP declared that he “would make it very clear [the Americans] were not going to in fact sell [Saudi Arabia] more weapons” while also vowing to make the Saudis “the pariah that they are”.

Biden, however, could also present potential challenges to Iran. For one, he is a close friend and strong supporter of Israel. While difficult to imagine any US president actively supporting Prime Minister Benjamin Netanyahu’s policies to the same extent as Trump, a Biden administration would likely not place significant US pressure on Israel related to issues like Israeli covert actions against Iran (“proxy” wars, cyber warfare, etc.). He may also be more willing to use US military force to keep Syria’s northwestern province of Idlib in the hands of anti-Assad fighters, representing a direct challenge to Tehran, Moscow and Hezbollah’s plans for helping Syria’s government achieve a total military victory in the war-ravaged country’s “final battle”.

Next door in Lebanon, anti-government protests have swept the country, with some criticising Iran’s support for Hezbollah and interference in Lebanese affairs. Biden has long been critical of Hezbollah, even threatening to cut aid to the country in the event of the party winning in Lebanese general elections. In Iraq, Biden would likely continue US support for Prime Minister Mustafa Al-Kadhimi’s recent efforts of confronting and disarming Iranian-backed Shia militias such as Kataib Hezbollah. This, in addition to recent protests in the country partially targeted against Iranian interference in Iraq, could undermine Iran’s interests in its western neighbour.

Ultimately, it would be an oversimplification to assume a Biden victory would mean a return to Obama-era policies. Nearly four years of Trump’s presidency have unquestionably changed the Iranian regime’s approaches to regional and global challenges in ways that favour the thinking of the Islamic Republic’s so-called “hardliners” whose power in Iran has increased largely due to the reality of Trump’s presidency. If Biden becomes president in January, the Iran which he’ll be dealing with will not be the Iran that existed during his eight years as America’s VP.

Brett Sudetic is an advisor with Gulf State Analytics, a Washington DC-based geopolitical risk consultancy. As a management consultant, he has advised government organisations and state-owned enterprises throughout the Middle East.

The International Institute for Strategic Studies: “Will the Iran nuclear deal survive?”