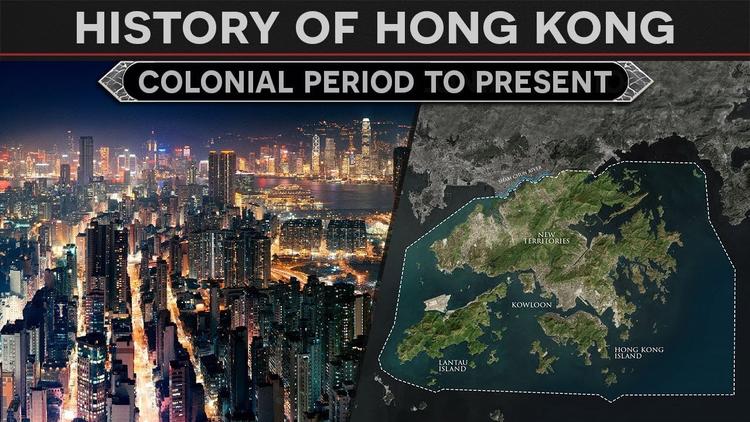 Ann Arbor (Special to Informed Comment) – When Hong Kong returned to Chinese sovereignty in1997, the Western press loudly bemoaned the death of Democracy, but those of us who had lived there knew better. In times of stress colonial rule more closely resembled Trump’s Portland than a citadel of law, with the use of militarized police and extra-judicial abductions as common tools of racialist state policies. The resemblance is not fortuitous.

In the year of the handover, Richard Klein published a heavily-documented article in the Boston University International Law Journal detailing the systematic suppression of dissent in Hong Kong throughout the previous century. Americans reading that record will find the tactics and rhetoric reminiscent of Trump’s dystopian America (if you don’t, I’ve provided helpful links). The reason for the resemblance is that both are informed by an archaic political ideology founded on sharp class divisions between white and non-white, rich and poor, or privileged and punished social groups.

Let’s begin with some little-known facts:

• Democracy? The Chinese in Hong Kong were not permitted to vote under British rule.

• Justice? Criminal cases for Chinese were tried in the District courts, without jury or legal representation.

• Fair trials? Translators were not provided for Chinese defendants. Drawing on a Hegelian stereotype, the British were convinced that Chinese testimony is not credible (they’re sneaky!).

• Rule of law? For much of the British century in Hong Kong, almost any gathering of Chinese people could be construed as criminal and punished at the whim of the authorities.

What we now call austerity policies were standard in colonial Hong Kong. By mid-century, hundreds of thousands of homeless were living in makeshift shanties. For those lucky enough to work, the normal working week was 60 hours, including for women and children, and the pay was low. Under America’s austerity regime, almost half the workers have low-wage jobs, and many have to work

In Hong Kong, this notion of “prosperity” was the product of low taxes and minimal social services. Klein noted that the “shockingly-low tax rate . . . did not provide funds for social welfare.” Even after admitting that rank poverty was stoking social protest, the British declined to enact any minimum wage law, social security plan, unemployment benefits, or guaranteed medical insurance for the working poor. This was de-regulation of Trumpian ambition.

It should come as no surprise that, from the late 19th century through to the 1990’s, protests and strikes repeatedly broke out due to systemic inequality. Many of the protests were peaceful, but increased military presence often provoked violence.

In response, the colonial government passed sedition laws permitting mass arrests, random, warrantless searches, censorship of newspapers and schools, police surveillance, the use of military weapons, flogging, and arrest for expressions of discontent with the government. Early on such practices were justified as a necessary response to attacks by “anarchists.” Police brutality was not uncommon but routinely dismissed by British courts.

Laws against free speech were draconian. The “Emergency Prevention of Inflammatory Speeches Ordinance,” 1967, could get a Chinese man ten years for saying anything offensive to the sensibilities of British policemen or officials. Anyone who owned a building in which “inflammatory speech” had been uttered was equally culpable, and ignorance of what others were saying was no excuse.

Journalists were subject to arrest along with demonstrators. Nor were children safe from violence. Police and military raids on schools could occur at the government’s pleasure, arresting and sometimes beating both teachers and students.

Most of these actions violated the 1948 Universal Declaration of Human Rights. Inexplicably, during all that time, no serious objections were raised by Western Democracies. No one imposed sanctions on Hong Kong’s colonial government, and no one accused it formally of human rights violations, though there were many.

Some of these actions and the laws informing them hark back to 18th century British practice. William Pitt the Younger (1759-1806), in an attempt to suppress political opposition, invoked the archaic English statute of treasons of 1351, which cleverly criminalized thought itself: “When a man doth compass or imagine the death of our lord the king,” he commits treason. Clearly, palpable evidence was not required under that statute.

Likewise, the colonial government invoked the English Justices of the Peace Act (1361), enabling authorities to criminalize just about anything, even school children cutting Chinese characters out of cardboard.

What links British colonial rule to Trumpian tactics is that both follow a common strategy of social organization and control common in Western history:

1. society is imagined as naturally divided into hereditary groups ranked according to race, religion, language, and wealth. Privileges or punishments are doled out according to rank.

Hereditary social ranking describes traditional English society as well as White Nationalist fantasies for the future. As for the courts, Klein’s history of colonial Hong Kong is rife with relevant examples of a legal double-standard, as is the history of Great Britain itself.

Propaganda was a crucial feature of colonial rule. The Kotewell report on workers’ strikes (1925) recommended instilling “the conservative ideas of the Chinese race in the minds of the young.” In other words, Western stereotypes of compliant Orientals were to be force-fed to students. Chinese children would not learn about the 2,000-year history of student demonstrations in China, institutionalized channels for criticizing or impeaching officials, the right of everyone–including women–to sue, or the fact that China’s most admired poets were among the most outspoken critics of government.

Instead, England and the West would be portrayed as, basically, Democratic from ancient times onward. Yet when workers or students petitioned for equal treatment in court, or the right to demonstrate or petition—all of these rights normative in imperial China—they often as not ended up in jail, victims of the logic of racial ranking.

For Trump, the White Nationalist myth of “Western Civilization” and the “Clash of Cultures” serve the same end. As soon as we accept these narratives, it becomes impossible to apply a common standard, to recognize that both China and the U.S. have skeletons in their closets, and that some of them bear an eerie resemblance to one another.

Instead, following the stereotype that only Chinese are sneaky, the orthodox view recognizes just one side of the story, presuming that America’s obscene polarization of wealth, Trump’s negligence leading to some 80,000 deaths, and the use of military tactics on civilians do nothing to tarnish American claims for freedom and Democracy.

Recently several, cogent essays have proposed that we will not get China or America right until we adopt a more rational, fact-based approach to U.S.-China relations. Needless to say, this will require us to set aside old habits, like the black and white polarity between Blacks and Whites, or East and West.

Richard Klein, “The empire stikes back: Britain’s use of the law to suppress

Martin Powers, China and England: the preindustrial struggle for justice in word and image. London: Routledge, 2019.