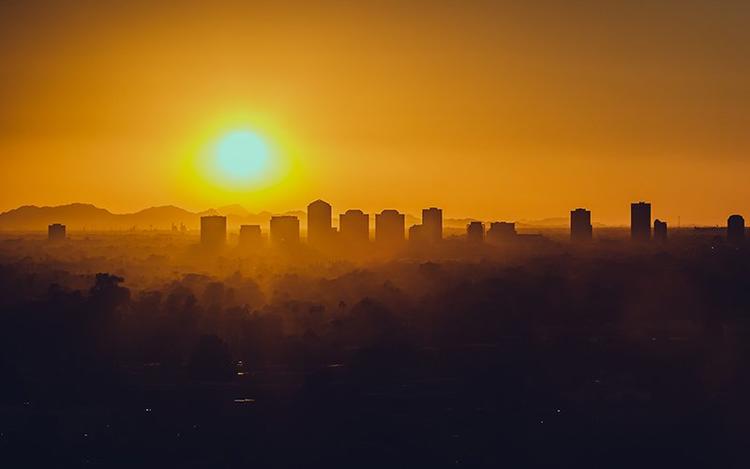 WASHINGTON – In the South Phoenix neighborhood of Lindo Park-Roesley Park, temperatures can be up to 13 degrees higher than locations just 2 miles away, according to the Nature Conservancy.

Communities that are predominantly Hispanic and Black, like Lindo Park-Roesley Park, are part of the focus in a new plan outlined June 30 by Democrats in Congress. Their 547-page climate change action plan focuses on reducing greenhouse gas emissions – but it also recommends environmental justice as a critical way to address climate change.

The plan comes after the U.S. House Select Committee on the Climate Crisis spent 17 months consulting with “hundreds of stakeholders and scientists,” gathering written input, and holding “hearings to develop a robust set of legislative policy recommendations for ambitious climate action,” according to its executive summary.

In a statement, Rep. Raúl Grijalva, D-Tucson, said the plan is one step toward significant change, but there’s still much more to do.

“Addressing climate change can’t be done with just one bill because the problem is caused by so many connected policy failures,” Grijalva said. “The public rightly demands that Congress stop paying lip service to climate policy and start saving lives by making fundamental reforms.”

Tucson is the fourth-fastest warming city in America, according to Climate Central, while Phoenix is the third-fastest.

As Politico reported, the Democrats’ plan recommends reaching net-zero emissions on public lands and waters by 2040, a strategy outlined in a bill Grijalva introduced in December 2019.

Other goals would help vulnerable communities around the U.S. by finding strategies to create clean water supplies designed to withstand extreme conditions; doubling government spending on affordable, zero-carbon modes of public transportation; and establishing a tribal government task force to work with the federal government to overcome barriers to assistance, technology and funding.

Democrats did not seek input from Republicans, according to Politico.

In a joint statement, GOP members of the select committee on climate crisis said bipartisan recommendations “to increase the resilience of our communities and address global emissions – while strengthening the American economy and getting families back to work – are worth pursuing.”

But it went on to say Republicans on the committee “will be guided by facts, more science, conservative principles, and American interests as (they) assess the Democratic staff’s work,” and it warned that “poorly designed domestic climate policies that increase costs or add burdensome regulations must be avoided.”

In addition to conveying the urgency of climate change, the Democrats’ plan states that its policy recommendations “begin to repair the legacy of environmental pollution that has burdened low-income communities and communities of color for decades. Climate solutions must have justice and equity at their core.”

Robin Morris Collin, a professor of law at Willamette University College of Law in Salem, Oregon, agrees that climate solutions must do just that. She said policy failures are a prime example of the ways structural racism has exacerbated environmental issues.

“We’re in a crisis. And in a crisis, triage is the normal, rational response,” she said. “You’ve got to get to the worst first. Clearly, Black communities, Indigenous communities and other communities of color are the worst hit.”

Collin, who grew up in Tempe, was the first law professor to teach a sustainability course in a U.S. law school. Moving forward, she warns that the state and the nation must also consider what to do once the chaos of COVID-19 settles.

“We need to prioritize the communities that have been scorched by racism,” Collin said. “I’m not saying to let engineers go in there, certainly not the Army Corps, and fix the problem. That’s not what I’m talking about. I’m talking about reparations to the land, air and water of communities.”

Pat Graham, the state director of the Nature Conservancy in Arizona, is among those who are working directly with communities to find out just what issues they feel are most important to fix.

In 2018, the conservancy worked with members of the Lindo Park-Roesley Park neighborhood to identify areas where heat caused problems and create a heat action plan. In May, the conservancy helped residents plant trees, shrubs and succulents to cool a particularly hot part of the neighborhood.

Graham said policies can only go so far, and that environmentalists must work at a more fundamental level to affect change in the long run.

“It’s not a matter of just knowing what to do, or even providing funding,” Graham said. “It’s a matter of providing the knowledge and the skills so that the communities can effectively represent themselves.”

From the local to the national level, Collin maintains that now is the time for America to make sweeping changes.

“This horrible, wonderful time is offering us the chance to make a transition intentionally and deliberately to different outcomes,” Collin said.

Misha Jones is a Virginia native who expects to graduate in August 2020 with a master’s degree in sports journalism. She’s working to become a basketball analyst and commentator.