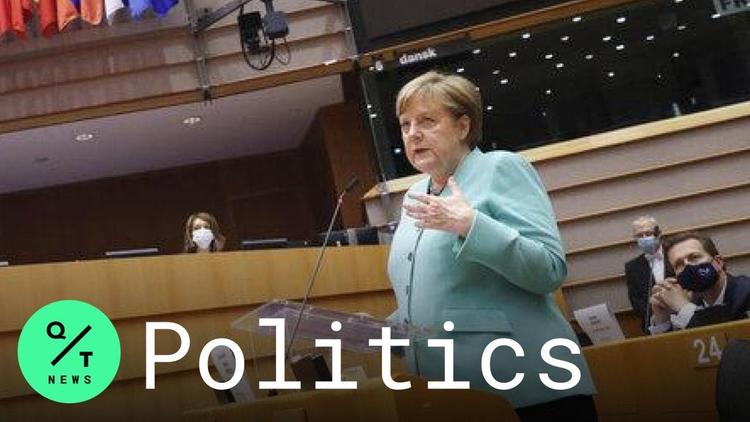 In recent years, far-right political parties in Europe have capitalised on crises to build their support bases. Many have made it to positions of power as a result of these efforts. The financial crisis of 2008, the refugee crisis that began in 2014 and the ongoing debate around climate change have all provided opportunities to harness growing uncertainty and resentment for political purposes.

However, early signs suggest these groups have not had the same success during the coronavirus crisis. For now at least, incumbent European governments seem to be in control.

On the internet, far-right communities have played a role in circulating
conspiracy theories about COVID-19’s origins during the pandemic. They have helped spread the idea that the virus was created in a laboratory rather than coming from nature – and even that it was released intentionally – despite overwhelming evidence to the contrary. They have blamed minorities for the spread of the disease and adopted a racist rhetoric that blames China for the pandemic.

In turn, many far-right political parties have picked up the themes and brought them into mainstream discourse.

Given the massive surge of conspiracy theories that have circulated online in the past few months, there has been concern that another surge in anti-establishment xenophobic politics is on the cards for Europe. The worry has been that the far right will make gains again as a result. But, so far, it seems this crisis has not actually been particularly “profitable” for these groups. In fact, they seem to be floundering.

This initially gained traction among a public trying to adapt to a strange new way of life. But the AfD were quickly seen to have painted themselves into a corner when it became clear that Germany’s lockdown was producing the desired effect and infections were dropping.

The AfD has lost a significant amount of support during the pandemic, sliding from around 15% approval in pre-coronavirus polls to something more like 9% now. This is a blow to German ultranationalists.

Meanwhile, in Italy, Matteo Salvini, leader of the League party, has found it very hard to hold the attention of the national media – which is a new experience for him. The League’s messaging has been confusing. In late February, the party initially called for the partially locked down region of Lombardy to be re-opened but then later demanded a full lockdown. The news website Politico’s analysis of opinion polling in Italy shows that the League’s popularity is down 11% from last summer.

The National Rally in France has also seen better days. Party leader Marine Le Pen asserted that it makes sense to ask if COVID-19 was made in a lab. A recent poll found that 40% of National Rally voters believe that the virus was intentionally designed in a laboratory. Support for Le Pen’s party appears to have flatlined during the pandemic.

In Greece, the leader of a new far-right group called Greek Solution is under investigation by the Supreme Court for producing TV commercials advertising balms that “effectively protect people from coronavirus”. Vox in Spain has also failed to advance in polls, while mainstream parties in the country have enjoyed a significant boost.

In spite of the far right’s continuous attempts to cause further instability during the pandemic, most European countries have rallied around their governments. Even mainstream opposition parties have struggled to make an impact.

Germans have been supportive of Merkel’s evidence based approach , while both France’s Emmanuel Macron and Italy’s Giuseppe Conte have seen their approval ratings climb.

Greece’s success at controlling the virus so far has not gone unnoticed either. It’s hard for opposition parties of any kind to gain traction when the current government has managed to keep total infections to fewer than 4,000 by taking swift action to restrict movement.

The predicament facing Europe’s far-right and nationalist parties represents a very interesting break with the past. In the last decade, most crises in the continent played out with a familiar winner. There was significant disunity between European leaders when it came to managing the financial crash and the refugee crisis. This fractured the European Union and opened a space for the far right.

Drawing on old notions of identity and boosted by online conspiracy theories, far-right actors once again openly doubted European policies and attempted to take advantage of the crisis. But compared to the more scientific and realist approaches of most European governments, their response looks insufficient.

The far right has been the significant loser of the pandemic. Not only have these groups lost credibility, but their nationalist agenda looks highly irrelevant in the era of COVID-19. Amid lockdowns and closed borders, the issue of immigration has lost its significance in 2020 and the failure to come up with viable solutions to the biggest issue of the day has hurt the popularity of far-right actors.

However, now the focus has shifted towards the need to return to “normality” things might change. Impatience is growing among populations that have been living in lockdown for months.

A recession looms – and it looks set to dwarf the last. That presents opportunities to governments and fringe groups alike – opportunities that the far right will be actively looking into, to further weaken liberal democracies.