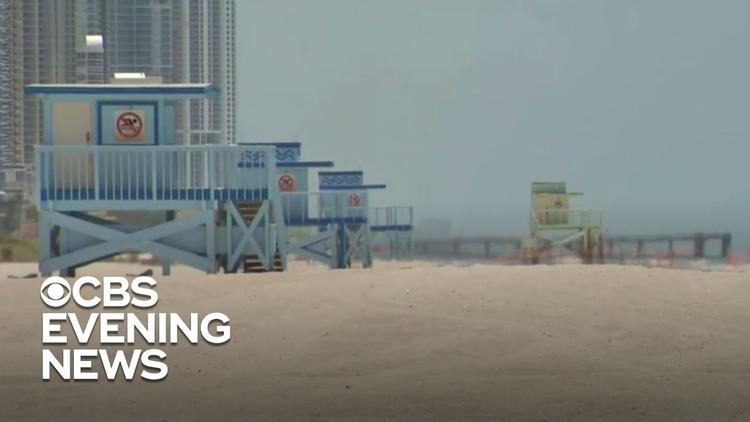 The founding generation of Americans was deeply concerned with well-being. The Declaration of Independence says that if a government won’t provide it, it is time

“to institute new Government, laying its foundation on such principles and organizing its powers in such form, as to them shall seem most likely to effect their Safety and Happiness.”

Safety and happiness. It is worthwhile considering that in the midst of a pandemic, we are not being provided with “life” or “safety.”

On Friday, Trump gathered his minions at Mt Rushmore maskless and with no social distancing to set off fireworks in the midst of a dry forest, all on American Indian land stolen and yet again desecrated. Sioux, Lakota and other Indian Americans in the area feared that the influx of 7500 people, many of them from other states, would spread the coronavirus among their populations, who are particularly vulnerable because of poorly funded health systems.

At the same time, according to CNN Johns Hopkins announced that new coronavirus cases reached over 50,000 for the third day running in the United States. There have been over 132,000 deaths.

Does that sound like “happiness” and “safety” to you?

Our government is not providing us with life, liberty and the pursuit of happiness, which the Declaration called “inalienable rights.” That does not mean they cannot be taken away, since the document accuses King George III of taking them away. It means that they are rights that inhere in human beings and the assertion of which cannot be prevented.

The opposite of the life, safety, happiness, and liberty of the people in the Declaration is tyranny. Tyranny is the root of all evil in this document. Tyranny forestalls life, liberty, safety and the pursuit of happiness. One aspect of George III’s tyranny is that

“He has refused his Assent to Laws, the most wholesome and necessary for the public good.”

So when the coronavirus struck in February, the United States needed a firm Federal response that could coordinate among the 50 states. It needed personal protective equipment to be acquired and given out to essential health care workers. Instead, Trump made the states compete for PPE, driving up the cost. He even confiscated PPE acquired by the states so that he could give it back out to his cronies. Trump needed to have locked down the country by the end of February. His two weeks of angry denial and delay is responsible for 40% of coronavirus deaths, i.e. 52,800 people.

Federal Centers for Disease Control guidelines discouraged the reopening of economies until there was a firm downward trend in new cases. Trump pressured states to reopen early. He got compliance from Gov. Abbot of Texas, Gov. DeSantis of Florida, and Gov. Ducey of Arizona, along with other GOP sycophants.

Where he couldn’t bully governors into reopening too soon, as with Gov. Whitmer in Michigan, he sicced his white supremacist minions on her. “Liberate Michigan”, he tweeted. Some showed up with guns. They actually took over the state house at one point.

The Declaration had complained of King George,

“He has forbidden his Governors to pass Laws of immediate and pressing importance, unless suspended in their operation till his Assent should be obtained.”

The early openings pushed for by Trump, for Memorial Day weekend, produced our daily spike of over 50,000 new cases the past few days.

Mask wearing vastly reduces new cases. Trump discouraged it, even claimed that advocates were pushing masks because they hated him, Trump, personally.

Densely packed Hong Kong, with a population of 7.5 million, has had 6 deaths. The only logical explanation is that 98% of the population wears masks, which has been shown to impede the coronavirus. At Trump’s urging, Gov. Greg Abbott of Texas had actually forbidden municipalities and counties to require the wearing of masks outside. Now he has been constrained to require masks himself.

Trump thought it was perfectly all right for the white supremacists to paralyze the Michigan legislature in a bid to make the governor prematurely end the economic lockdown.

But when the George Floyd protests broke out in places like Michigan, and the governor declined to crack down hard on them, Trump threatened to send the US military out to the states to do so over the objections of governors.

“He has affected to render the Military independent of and superior to the Civil power.”

We need a new administration even worse now than the Founding generation needed a new government in 1776. In both instances, life, liberty, safety and the pursuit of happiness were in question, and tyranny was confidently advancing.

Today, we have the ballot box. If we don’t exercise it in November to throw the scoundrel out, we will be betraying the all the aspirations that we honor on the Fourth of July.