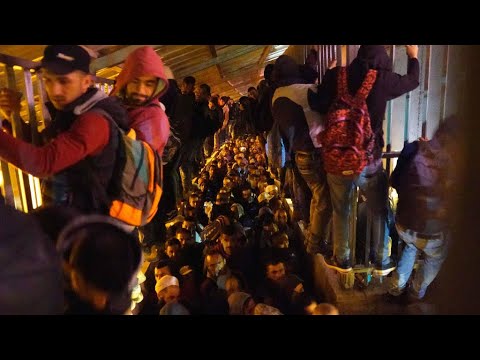 Ann Arbor (Informed Comment) – Americans’ commemoration of the Fourth of July in 2020 was often a bit subdued, depending on where in the country you were, given the pandemic and its economic consequences. The subject of the celebration, however, was the foundation of a democratic republic that aspired to be made up of free citizens equal under the law, an extremely rare creature in the eighteenth century. The reality of slavery, racism, and class inequalities remained, but so to did the aspiration to legal equality and democracy, some of which (not enough) was gradually achieved over the past nearly two and a half centuries. At the time the revolution was launched, the French monarch could put people in jail because he did not like them, and he ran Haiti as a slave sugar plantation without regard for “rights.”

Citizenship in a state and popular sovereignty over the land, air and water of that state were started as an ideal by Americans. That ideal is denied to the Palestinians, one of the few peoples in the world to lack citizenship or basic human rights.

Nowadays, the world is full of republics and monarchies are few or tend to be weak. Saudi Arabia is perhaps the last absolute monarchy. The new way of organizing the world, where a people are constituted as citizens of a republic and gain rights by virtue of their membership in a nation-state — begun by Americans in 1776 as a wild and unlikely experiment — has become the majority.

In the eighteenth century, the predominant forms of political organization were the monarchy and the empire, i.e. forms of autocracy that now make up only 13% of the world’s countries (though most of them are republican autocracies rather than monarchies). It was easy to make a monarchy into an empire, as Portugal did when it took over parts of India and Africa or France did in the Caribbean and then North Africa. The reason for this ease is that kings have subjects, and subjects can be diverse. Monarchies and empires are not based on popular sovereignty, and so peoples per se are not an organizing principle. The only question for a subject is who rules you.

The Americas became a new laboratory for republics and democracy (more for republics than democracies until the past four decades), just as ancient Athens and the Italian city-states of early modernity had been. There are no monarchies in the Americas, though a few small polities are still somehow under a crown. Sint Maartin is one of the four “countries” of the Kingdom of Holland, but it is a rarity. Even in the Old World, one by one over the succeeding centuries, the monarchies and empires fell, or the monarchies were reduced to constitutional monarchies, surrendering their power to elected parliaments, and were stripped of their imperial possessions. France zigzagged among political forms for decades, but settled on republicanism in the 1870s. Germany became a republic after WW I, as did Russia.

The new paradigm of popular sovereignty had more than one form. Civic republics such as the United States and France were technically not tied to any ethnicity. The people were constituted by loyalty to the constitution. Others were ethnic republics, as with Nazi Germany, where Germanness was key to enjoying the rights of citizenship and where those coded as non-Germans had their rights and even their lives taken away.

The Palestinians do not have a state that controls the land, air and water of Palestine. They have an “authority” which is under Israeli military control. They do not exercise popular sovereignty. They do not have citizenship in a state. They have to travel on laissez-passez, which are often not accepted. Their missions abroad do not have full embassy status.

In essence, Palestinians are in the odd position of being subjects not to a king but to another sovereign state, Israel. Since the passage last year of Binyamin Netanyahu’s sovereignty law, only Jew exercise popular sovereignty in Israel itself, excluding over 20% of the population. So technically, Palestinians are the subjects of Israeli Jews, who are constituted as a narrow ethnic republic at home and as a collective monarchy in the Palestinian West Bank.

If you read the grievances of the founding generation of Americans in the Declaration of Independence, many of them mirror the grievances of Palestinians today. Israeli Occupation authorities decide on the framework of Palestinian lives and make the important decisions for them. But Palestinians cannot vote in Israeli elections and have no say in those decisions. There isn’t any doubt that at least free American colonists had far more rights from the British crown than Palestinians have from Israel.

As Americans commemorate the Fourth of July, they should have a thought for those in the world who still lack the rights guaranteed in the US constitution. Some of those are African-Americans, who de facto are denied what they should have de jure. Others are like the Palestinians, who do not even have a de jure claim on basic human rights.

Many Americans are now saying they do not want to be part of the oppressive white power structure that denies African Americans their rights. Too few are saying that they can no longer be part of an international policy that keeps Palestinians stateless for geopolitical aims or the propitiation of domestic constituencies.

France 24 English from 2 years ago: ” Stateless in Palestine”