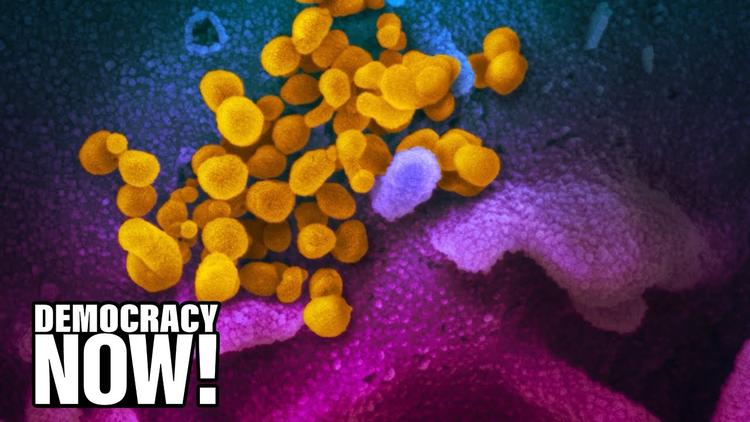 President Trump’s misinformation campaign regarding Covid–19 serves only to highlight his gross incompetence and callous disregard for human life. It also has the unfortunate consequence of obscuring some of the deeper causes of pandemics, perspectives that will require much more attention if future pandemics are to be quashed or at least mitigated.

Though our most immediate challenge is surviving the Covid–19, the problem of animal/human transmissions is much more extensive. Some 60% of the illnesses humans face have their origin in human/animal transfer.

From the early stages of the epidemic it was widely known that the disease’s origin lay in viral interactions between humans and animals living in proximity to them. Less attention was given to the conditions under which such jumps occurred. Just which human beings are responsible for initiating the toxic process and which ones have benefited from it.

Not surprisingly although Trump may enjoy and thinks he profits from rhetorical trashing of China the hands of western US corporate agriculture and global capitalism are all over t many pandemics and likely to be many more. A recent report authored by veterinary epidemiologist Delia Grace addresses these issues. She is describing conditions in the global South, but she could just as easily be discussing contemporary meat processing in South Dakota.

Grace and her team members have just produced an important new United Nations study, Preventing the Next Pandemic: Zoonotic diseases and how to break the chain of transmission.

The combination of being “highly dependent on animals, degraded environments and poor health services is a lethal cocktail for these zoonotic diseases, diseases which jump between people — animals and people, and the other way around, people and animals.”

Randolph goes on to add that “most emerging infectious diseases—whether in wildlife, domestic animals, plants or people—are driven by human activities such as agricultural intensification, wildlife use and misuse, and human-induced landscape changes, interacting in unpredictable ways that can have negative outcomes.”

Against this backdropp, it is important to recognize that disease emergence is not only about the relationship between domestic animals or wildlife and people, but also about the complexity of the system as a whole and the interactions between biotic and abiotic components. Biodiversity, and the complexity of our landscapes and seascapes, is integral to social and ecological resilience.”

Grace cites seven specific human drivers of this process, including increasing demands for meat, unsustainable exploitation of natural resources, , disruption of long-standing supply chain s, intensified industrialization. Though each is separate these practices interact with each other and thereby becomes more firmly established.

Increased demand for animal protein encourages reliance on and expansion of industrial models of animal husbandry. Animals are bread for higher productivity or, more recently, for disease resistance. In order to maximize productivity they are kept in close proximity. However positive the short term results, the longer term consequence, a decline in genetic diversity, reduces the capacity to resist many pathogens.

Wildlife utilization has various sides, including its consumption as a source of protein by the poor and as status symbol by the wealthy. City life is redefined by rapid and unplanned urban expansion, often with inadequate infrastructure

How to respond to and limit future emerging zoonoses? These know no geographic or political border, but the academic world observes fierce disciplinary restraints. Instead the author advocates an approach she labels One Health, an approach that emphasize “multidisciplinary collaboration for holistic interventions that attain not only human health goals but also animal and environment health targets, the latter two of which are central to improving the control of neglected and emerging infectious diseases, many of which are zoonoses”. .

Given the speed and unpredictability of zoonosic emergence she advocates spending substantial funds on ecosystem surveillance. Another major imperative is safe and sustainable food. This is a function of more than just regulations regarding pollutants but also require attention to biodiversity and climate.

The author also recognizes that implementation of these recommendations requires a well functioning and well financed state, There is no quarrel with this assertion, especially in light of the US government and its states’ inability even to get timely relief checks to its desperate citizens. But one cannot simply wish for such a state. In this context I would like more discussion of the broader political economy Part of discussions of biodiversity should include examination of socio-economic diversity and. indigenous peoples relation to their land

As for modern capitalist societies unplanned urban expansion and industrial intensification are likely children or companions of the neoliberal or so called Washington consensus faith in unregulated markets. One off shoot of that consensus is acceptance or encouragement of levels of inequality that reduce animals to a refuge for the desperately poor and a status symbol for the wealthy. May One Health embrace, encourage, and build upon efforts to redress this blatant injustice.