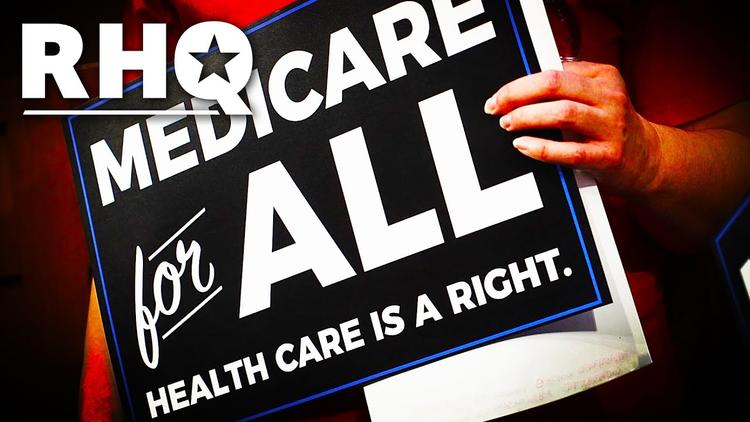 Gainesville, Florida: The COVID-19 pandemic and its economic consequences have caused the greatest losses in health insurance enrollment in U.S. history: 5.4 million laid-off workers have become uninsured. However, it is important to understand that all was not well before the pandemic. Nearly 28 million people were already uninsured and tens of millions more were underinsured – unable to afford the out-of-pocket costs that were not covered by insurance. Of major significance, these are nonelderly adults. Medicare – for those over 65 – continued to provide stable coverage after the onset of the pandemic. There would be no uninsured now had we had in place a single payer Medicare for All program.

These resistant, self-serving industries have the most to lose if their huge profits are redirected to direct patient care for all. Individual and corporate predators regard democracy, government and community as obstacles to their greed and avarice, always placing profits over individual patients, families and public health. It’s no wonder so many beholden members of Congress want to protect the interests of big insurance and big pharma, industries that spent $371 million on lobbying in 2017 alone.

1. Because of job losses between February and May of this year, 5.4 million laid-off workers became uninsured.

2. These recent increases in the number of uninsured adults are 39% higher than any annual increase ever recorded. The highest previous increase took place over the one-year period from 2008 to 2009, when 3.9 million nonelderly adults became uninsured.

3. Nearly half (46%) of the increases in the uninsured resulting from the COVID-19 pandemic and economic crash have occurred in five states: California, Texas, Florida, New York, and North Carolina.

6. No federal COVID-19 legislation signed into law has attempted to restore or preserve comprehensive health insurance, which improves health outcomes, limits financial insecurity, and promotes economic recovery. Federal lawmakers can fill that gap in the next COVID-19 bill

As Families USA notes, we have tens of millions of individuals without insurance, many more who are underinsured, many who have impaired access to their physicians because of insurer network restrictions, many who face financial hardship when health needs arise, and an outrageously expensive system due to the profound administrative waste of the insurers and the burden they place on the health care delivery system when immense profit is required. With millions losing their jobs due to Covid-19, the dangers of connecting health insurance to employment are painfully clear. Health insurance must be tied to citizenship, not employment.

Universal, improved Medicare for All is a solid investment in our country and all of its citizens. This investment simply promotes a social service for universal access to affordable health care insurance for all. Aren’t we a society that cares enough to see that everyone receive the health care they need? That’s the basic point of Medicare for All, and it’s certainly the right thing to do now with the Covid-19 pandemic.