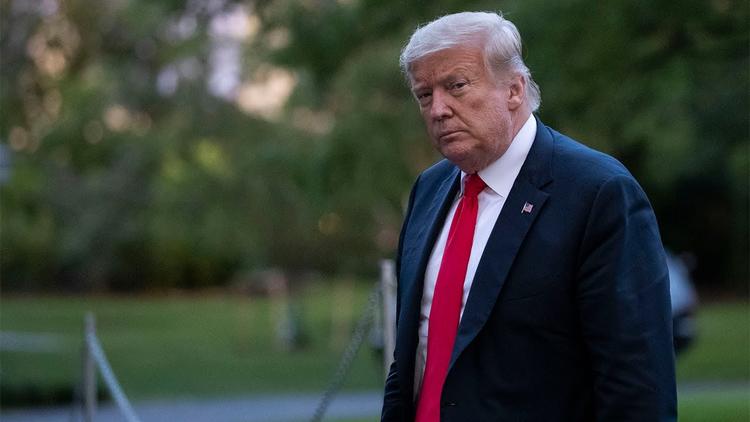 Ann Arbor (Informed Comment) – Agnes Callamard, the United Nations special rapporteur on extrajudicial, summary or arbitrary executions, has concluded in a new report that the Trump administration’s killing of Iranian Gen. Qasem Soleimani at Baghdad International Airport on January 3 was unlawful. Callamard has the responsibility to report on killings by drone.

Anna Germoni of the Italian TPI.it site interviewed Callamard about her findings.

Callamard noted that her own particular remit is arbitrary murders, and that Trump’s whacking of Soleimani was a first:

“The targeted killing of General Qasem Soleimani is the first case of a drone attack against the representative of the armed forces of a state. Until now, all drone kills that I am aware of have targeted non-state targets, particularly individuals associated with acts of terror.”

That is worth underlining. Trump did something that had never before been done, and which is very dangerous. He used a drone on a high-ranking general in a foreign army of a state– a state with which the United States is not formally at war.

Callamard admitted that there could be circumstances when such killings were justified, if it really was a matter of self defense:

“Killing in self-defense is allowed as a last resort, to protect one’s own life or that of others. The United States would have to demonstrate that it encountered an imminent threat to lives and that, in order to protect those lives, there was no other choice than to use lethal force. So far, no such justification has been demonstrated.”

President Trump initially announced that Soleimani had been coming to Iraq to kill Americans. But the then Iraqi prime minister, Adil Abdulmahdi, said it was he who invited Soleimani to Baghdad, since he was trying to mediate between Iran and Saudi Arabia. Soleimani came on a commercial flight and checked through security with his diplomatic passport.

Trump never provided a shred of evidence for his allegation. When the Pentagon did up its own report on the incident, it did not include the charge that Soleimani had intended to kill Americans.

Germoni pressed Callamard on this issue, and she answered:

“As for the legality of the U.S. strike against General Soleimani, the information made available by the U.S. authorities does not, in my view, allow us to say that the murder was legal under international law . . . For a drone attack to be legal, it must meet the legal requirements of all applicable international legal regimes, namely: the law governing the use of force between states (ius ad bellum), international humanitarian law (ius in bello) and international human rights law (Ihrl). I believe that, in itself, the ius ad bellum is not sufficient to guide the use of extra-territorial force but that other legal principles apply.

This is an interesting point. Although the strike on Soleimani has tended to be viewed in the light of the law of war, which focuses on proportionality and questions of self-defense, Callamard is saying that human rights law is also relevant to the taking of life and should be entered into the calculation.

In particular, she says that the criterion of imminent threat is crucial. You can’t kill a convicted murderer who served his time, because of past deeds. That would be vigilanteism. Only if the murderer is trying to choke you out and you feel he is trying to kill you or someone else can you blow him away. Callamard says,

“The justifications put forward by the United States have largely focused on Soleimani’s past activities and the serious crimes for which he is held responsible. And there is much evidence linking Soleimani to serious human rights violations in Iran, Syria, Iraq and other countries. But under international law his past involvement in human rights violations or acts of terror is not enough to make his murder lawful . . . Do we have to accept that any country with adequate power and advanced tools to carry out drone or targeted kills can proceed at any time, at its discretion, to strike anyone considered a threat to their interests?”

Callamard concludes that not only was Soleimani’s killing unlawful, it set a very bad precedent. Trump was acting as judge, jury and executioner and arbitrarily killing someone he didn’t like the looks of. But what if that became standard practice? Wouldn’t US officers be in danger of being droned? This consideration had given previous presidents pause when they considered such a course of action. Not Trump.

Read more of the Germoni interview with Callamard in Italian here.