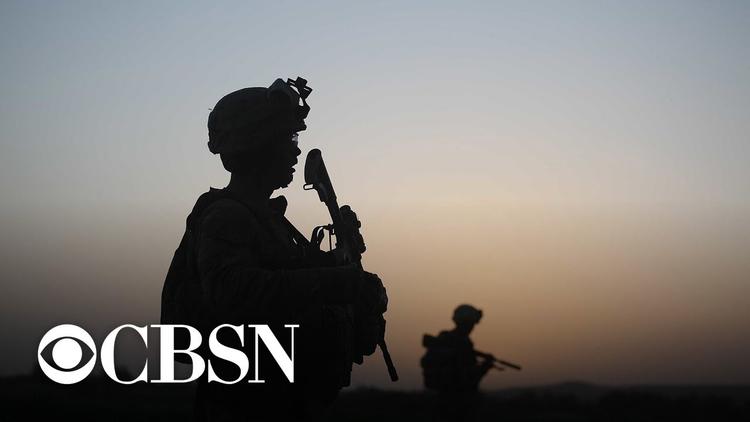 Russian officials deny the New York times claims that Moscow offered bounties to members of the Taliban movement for killing US soldiers, while the Kremlin-friendly analysts believe that the such “fake news” were fabricated in order to weaken the US President Donald Trump, as well as to serve as a pretext for more anti-Russia sanctions. From the Russian perspective, the US media are accusing Moscow of what the United States did during the Afghan war against the USSR.

Was the Taliban really funded and instructed by the Kremlin to kill the US troops? According to both, Moscow and the Taliban leaders, such claims are “ridiculous”.

The US establishment funded the Afghan Mujahideen who fought against Soviet invasion of the central Asian country in 1979. Some 14,000 – 15,000 Soviet soldiers were killed during the 10-years long war which aimed to prop up pro-Soviet Communist government. The conflict ravaged the country, killing an estimated one million Afghans and destroying the Afghanistan’s infrastructure.

After the Taliban movement took over the country in 1996, however, Russia established contacts with its leadership. Ever since, the Kremlin took a very pragmatic position. Moscow has never rejected any talks with representatives of the Taliban, as the radical movement is the reality of today’s Afghanistan. Even though in 2003 the Russian Supreme Court declared the Taliban a terrorist organization, a delegation of the Afghan movement held talks with Russian officials in Moscow after the US negotiations with the Afghan insurgents collapsed.

“These kinds of deals with the Russian intelligence agency are baseless — our target killings and assassinations were ongoing in years before, and we did it on our own resources,” Zabihullah Mujahid, a spokesman for the Taliban, told the New York Times.

The Kremlin, traditionally, denies its involvement in any subversive activities aboard, while some Russian pro-government media indirectly tend to portray the whole story in the context of the Trump’s alleged fight against the so called deep state. In an article published by state-controlled RIA Novosti, author Ivan Danilov accuses The New York Times and other American media of demonizing and dehumanizing American police, as well as conservatives and Trump supporters.

“Apparently, the years of the “Russiagate” and absolutely fake accusations and fake files with anti-Russian compromising materials did their job: a significant segment of American society no longer believes its own media and its own power structures, and politicians can afford not only to directly blame the most authoritative media and their sources of lies, but also to act accordingly”, wrote Danilov, noting how President Trump accused The New York Times of being fake news, and how Richard Grenell, former diplomat and an ex-Director of National Intelligence, wrote on Twitter that “leaks of partial information to reporters from anonymous sources is dangerous”.

Some Russian authors suggest that the US media accusations against Moscow are based on an internal political struggle in Washington. According to Komsomolskaya Pravda daily newspaper, Donald Trump, who promised “a hundred times” to withdraw the US troops from Afghanistan, recently nearly fired Defense Secretary Mark Esper and the DIA director Robert Ashley as they “spent millions of dollars to resolve the situation in the Central Asian country, but there were no results”.

“This greatly affected the authority of Trump, who aims to be reelected in November. And who is to blame? The Russians, of course! They fuel the Taliban’s fighting activity with money”, sarcastically wrote Russian military expert Viktor Baranets.

Even though the Kremlin denies any involvement in this particular case, Russia is actively seeking to become an important player in conflict resolution in Afghanistan, where the interests of various regional and world powers come together. Besides Russia, China has also been stepping up its involvement in Afghanistan both militarily and economically. Beijing constantly voices worries that militants from Afghanistan could sneak into its restive Muslim-majority Xinjiang region.

Russia has similar concerns. Neutralizing potential threats from the side of terrorist groups from the south has been Moscow’s main interest for a long time. According to the Kremlin officials, Russia is worried about the increased terrorism activity in Afghanistan’s northern provinces, close to the borders of former Soviet republics such as Tajikistan and Uzbekistan. On the other hand, some Western analysts argue that Moscow is actually using this threat in order to increase its military presence in Central Asia.

In any case, Russia certainly has its own interests in and around Afghanistan, but whether the Russian military intelligence agency GRU offered bounties to the Taliban for killing American soldiers or not, the US will likely use this accusation as an additional instrument against Moscow. In the coming months, certainly before the US election, Russia – which many influential circles in Washington traditionally try to portray as a boogeyman – is expected to get another portion of sanctions.

CBSN: “Trump sticks by denial of intelligence on alleged Russian bounties, calling it a “hoax””