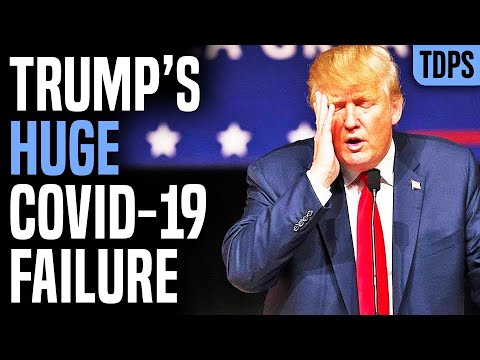 Politics can divide even friends and families. When this happens, we like to tell ourselves that the explanation lies in honest differences in values and preferences. From this standpoint, friends from different political parties won’t really disagree, for example, about the number of workers displaced in the pandemic, but they might differ on who should bear the costs. It’s another matter, however, if political conflict results from differences in information or attachments to alternative realities.

It’s possible to disagree – but still engage – with friends or fellow citizens who evaluate the benefits of test and tracing policies for COVID-19 differently, but how do we communicate with someone who – armed with the same public information – concludes that there is no pandemic?

We are behavioral economists who use controlled experiments in human decision-making to study political behavior. One of our current research programs finds that Americans who identify with a political party – that is, partisans – don’t always vote for what they believe to be correct. Rather, assuming their vote won’t matter much, they use it to express their partisan affiliation, even when their vote is anonymous.

COVID-19 may be the exception to this rule.

In our 2018 paper, “Partisan Bias and Expressive Voting,” we found that differences arise along party lines even when people vote on the answers to factual questions about politics. Rather than reflecting sincere differences in belief, we found these responses were largely “expressive,” or a way of affirming political identity.

We conducted an online experiment in which we asked Democrats and Republicans a series of multiple choice questions about climate change, immigration and police shootings, among other topics.

Each question had an objectively correct answer. For example, participants were not invited to evaluate the importance of climate change, about which honest differences exist. Rather, they were asked how much mean global temperature had changed. By asking respondents to identify verifiable facts, we left no role for partisan interpretation. Instead, we focused on their willingness to acknowledge facts that may conflict with their party’s preferred views.

Participants answered multiple choice questions as “individuals” or as members of small groups of “voters.” Individuals received a cash bonus when their own answers were right. Voters got the bonus when a majority of their group was correct.

We speculated that someone affiliated with climate skeptical politicians or parties might choose one answer to the question about temperature change as a voter, but another, less partisan, answer as an individual. The reason is that voters who anticipate that their own response is unlikely to be decisive in determining the group’s answer may prefer to express opinions that are more favorable to their own party, while individuals know that their own answer will definitely determine whether they get the bonus.

We found that, despite the financial rewards for correct responses, a partisan gap did indeed emerge among voters. On most of the questions we asked, there were substantial differences between the choices of Democrats and Republicans, with voters tending to give answers more favorable to their own party’s position.

Additionally, individuals were far more likely than voters to correctly answer questions that challenged their party’s preferred views. This suggests that the partisan differences were primarily due to expression, or the desire to affirm party affiliation, rather than sincere differences in belief. On balance, we found that Republicans were more expressive than Democrats.

Cheering for your team

Our findings provide fresh perspective on a longstanding theory of how and why people vote. Citizens who recognize that their vote is rarely decisive may prefer to cast their votes, not to influence the outcome of an election, but to express themselves or reaffirm their political identities. In this light, voting has been compared to cheering for a favorite sports team. In most cases, we don’t actually believe we will influence the outcome by going to a game or screaming at our televisions, but we do it because it brings us joy and helps us feel connected to fellow fans.

The consequences of such expressive voting behavior can be serious. Polls indicated that the number of Leave voters who regretted their vote immediately after the learning the outcome of the June 2016 Brexit vote was similar to the margin of victory. This suggests that if voters had been less expressive, and had voted for the option they truly wanted, the course of European history might have been different.

Still, our initial research indicated that citizens shared a common set of facts about the world, and so provide some reason for optimism.

Unfortunately, our most recent research suggests that this isn’t the case for the COVID-19 crisis, and that at least some partisans seem to live in alternative realities.

This spring, we returned to the field with questions for more than 600 survey respondents in the U.S. about the COVID-19 pandemic. We expected to find that, despite sometimes heated rhetoric, Americans understood, or at least didn’t disagree about, the facts concerning estimates of the mortality rate and U.S. testing capacity.

What we found surprised us. We asked, for example, about the number of completed tests per million residents in the U.S. relative to Italy, one week after the White House announced its “historic public-private testing partnership” on April 13. At the time, Italy had conducted about 3,000 tests per million. Our participants were offered five options for how many tests had been completed in the U.S. per million residents. The correct answer, at the time, was between 100 and 2,000.

The participants who answered as part of a group were told that they would be rewarded if five or more in a random group of nine voted for the correct answer. Consistent with our previous work, voter responses varied with their political affiliation. More than 1 in 3 (34.2%) Republicans chose the answers most favorable to the Trump administration, and claimed that the U.S. performed as many or more tests than Italy. Fewer than 1 in 7 (14.2%) Democrats did. Overall, we found a large gap in the average response provided by Democrats and Republicans who voted.

The surprise was that these percentages did not change much, if at all, for individuals, who were rewarded when their own answer was correct. One in 3 Republicans (33.7%) still chose the incorrect options that were most favorable to President Trump, while the number of Democrats who did likewise fell a little, from 14.2% to 12.6%. Thus, unlike the patterns we observed for non-COVID-19-related questions, we found that little of the difference can be attributed to partisan expression.

We saw a similar pattern with our question regarding the COVID-19 mortality rate. Our research found that Democrats and Republicans held genuine but different beliefs, not just about values or policies, but about basic facts. To the extent that members of different parties evaluate differently the seriousness of COVID-19 and our government’s response to it in their voting decisions, our results indicate that this assessment is due to differences in beliefs rather than partisan expression.

While it is tempting to attribute these results to the polarization of television and radio audiences and the influence of social media – that is, to characterize the choices of our participants as somehow uninformed – it’s worth repeating that we did not see the same partisan gaps in 2016, when we asked questions that were no less salient to partisans.

We can only speculate as to the source of these differences. It may be that the COVID-19 threat overwhelmed our usual impulse for partisan expression, and that conflicting information in the earliest stages of the pandemic allowed separate narratives to take root. It also remains to be seen whether Democrats and Republicans will continue to live in these alternative realities, whether this division will extend to other issues, or what the consequences for the 2020 election will be. Until then, however, we may have to accept that some arguments among family and friends reflect the different worlds we now live in.

David Pankmin: “Why Has Trump Failed SO HARD on Coronavirus?”