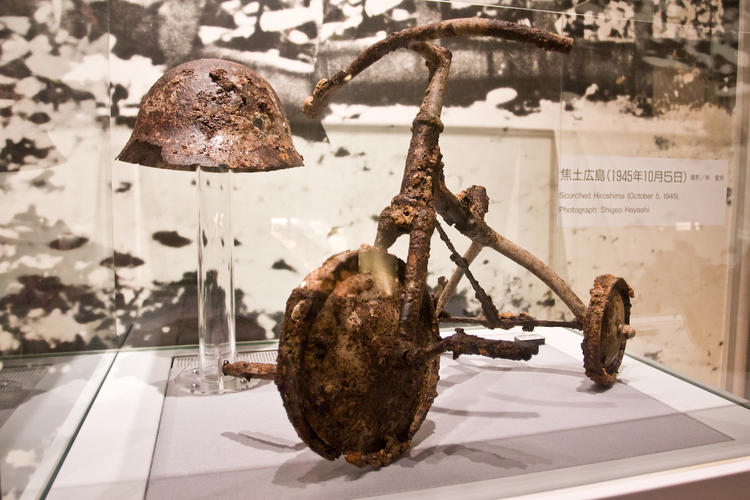 It was 24 August 1945. I was ten years old, living with my mother, brother and sister in a Japanese internment camp on the Dutch East Indian island of Java. That evening we and all the other internees had been summoned to the large covered area by the main gate. The camp commander was to give an important speech, and that was never a good sign. We waited there, anxiously crowded together in the muggy air – women, mothers and children, barefoot and scrawny in our ragged clothes. Finally the commander arrived in his khaki uniform, and climbed onto a box so that we could all see him properly. He spoke Indonesian, which I only half understood, but my mother kept leaning down quietly to translate for us. He said the Japanese emperor had been so magnanimous as to end the war in order to prevent further bloodshed. And he himself – as the officer in charge of this camp – would have very much liked us to live in better conditions, but unfortunately that had not been possible. After repeating himself a few times he got back down off the box and left, followed by the other members of the camp command.

He had not said we could go, and in those years we had been so well trained that we stayed put, unsure what to do. But then somewhere in the crowd a few women began singing the Dutch national anthem, and everyone else joined in. I knew the tune, not the words, but I knew very well what this meant. I had a strange feeling – crying and laughing all mixed up together. I thought of my father, and wondered if he had already heard the news in his own distant camp. Not that we knew where it was, and in fact we didn’t even know if he was still alive.

We quietly walked back to our huts. Some embraced each other, others began talking agitatedly. The commander had said that the emperor had ended the war on 15 August, which was nine days earlier, and everyone started frantically counting back. Meanwhile there had been all kinds of rumours, but that was nothing new. What was new was that we had suddenly been issued double rations. This miracle had led to a flood of fresh predictions that the end of our captivity was imminent. In the past few months we had suffered terrible hunger, and we had thought of nothing else all day: would the food arrive on time, would there be enough for everybody, and would anyone, God forbid, do something they shouldn’t so that we would all be punished by getting no food at all? I remember sometimes walking through the camp, my stomach aching with hunger.

Two days before the commander’s speech, morning roll-call had been abolished and we no longer had to bow to the Japanese – not even if they unexpectedly turned up among our huts to check that no-one was doing anything they shouldn’t. This was incredible, and set us all thinking. Our camp was in the midst of the city of Batavia, as Jakarta was then still known, but we could not see out, for it was enclosed by a double barbed-wire fence covered with bamboo matting. At the corners were tall bamboo watchtowers with guards who kept their guns trained on you day and night. In the middle of the camp was a large open space where we had to assemble for morning and evening roll-call, to be counted. Once the camp commander had counted your row, you had to bow deeply to him.

Once we knew it would not be long till we could leave the camp, we felt very different. We were no longer starving, and nor were the rats, the mosquitoes, the head lice and the bed bugs – they made themselves heard (and smelt, and felt) more than ever. But there was cheerful talk and laughter in the air, and everyone began wondering how their relatives and friends were doing in the other camps, and how things were back in Holland – who was still alive, and who was not? Luckily, news soon came that my father had survived the war; but a girlfriend heard that her father had died, and it was painful for me to witness her grief. 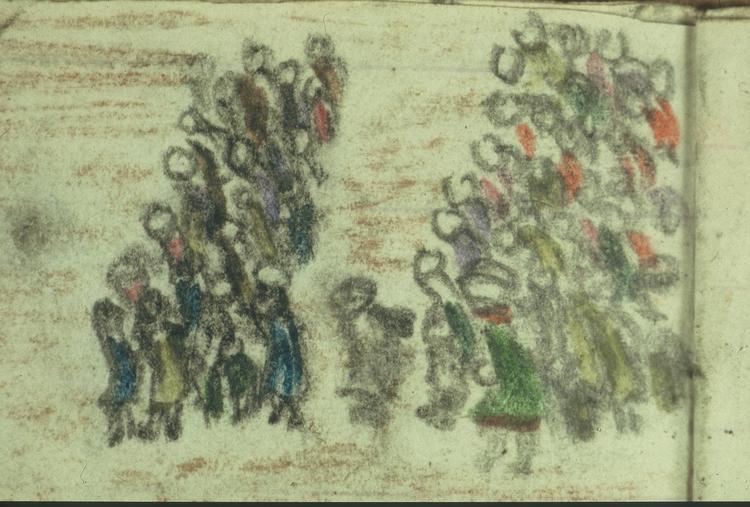 You had to bow deeply to the camp commander, drawing made in the camp by the Wertheim children, see: Anne-Ruth Wertheim, The goose snatches the bread from the ducks,my childhood in a Japanese internment camp on the isle of Java.

More and more reports were trickling into the camp. One of them was that a very special bomb had been dropped on a Japanese city, so destructive in its force that hundreds of thousands of people had been killed. The bomb – called an ‘atomic bomb’ – had been dropped from a plane by the Americans, and was no bigger than a pencil. What it had done was indescribable – most of the city was in ruins, and no-one had survived. It was a miracle of ingenuity that something so small could have had such a tremendous effect. When my mother told us about it, she made a sweeping gesture with her arms and said, with fear in her eyes, ‘So don’t you forget, if you see something on the ground that looks like a pencil, don’t pick it up whatever you do – it might explode, and then we’ll all be gone!’ We nodded earnestly that we had got the message.

The other adults also spoke of the atomic bomb with awe in their voices. I imagined all those men, women and children falling to the ground in the Japanese city and dying in agony, and hated the idea that such a thing had seemingly been necessary for us to be released. Had those people really had to suffer so terribly to give me this wonderful feeling? Of course it was Japanese people that had been killed in this way, and they had held us captive for all those years, and yet…. I heard the grown-ups saying it had been necessary to do this, and that it was a good thing. If the Americans had not shown their strength, the Japanese would never have surrendered – they were far too proud.

But if it was only to show their strength, I asked my mother, why couldn’t the Americans have dropped their bomb on an uninhabited island? Why had they dropped it on a city with all those living people in it? Surely those people hadn’t been in the army? My mother had no answer to this. But it had had to be done quickly, she said – for our situation and probably that of many people in the other camps had recently become unbearable, because of the hunger, disease and lack of medicines. There were also rumours that the Japanese had been planning to evacuate us to the island of Borneo, present-day Kalimantan; and then of course they would not have bothered to paint a red cross on the ship, for it was only carrying prisoners. So we might have been torpedoed by the Allies, on top of everything else.

For a long time I also thought that dropping the atomic bombs – a second one was dropped three days later, again on a city – had been unavoidable. But then I began hearing stories that made me wonder. One of the pilots had supposedly gone insane with remorse. I could well imagine that you would not want to have such a thing on your conscience, let alone that you had given the order. And I heard that the first city, Hiroshima, had been chosen as a target with cruel precision, for the surrounding mountains would enhance the destructive effect…. I even couldn’t help wondering if the fact that the lives of non-white people were involved might have played a part in this decision.

My doubts as to whether I should feel happy about freedom gained at the cost of so much misery increased further when more and more became known about the effects of the radiation on people many miles away from where the bombs fell. There were people who had died of it soon after the explosion, but thousands survived for years and developed cancer, leukaemia and other diseases – not forgetting all the babies born with defects. And those who were known to have been exposed to radiation were shunned, and could not find partners; so they tried to keep it secret, which in turn led to immense mental suffering.

My doubts gave way to certainty when I discovered that the Americans’ motives had not been so pure as they had claimed. After Nazi Germany had surrendered on 8 May 1945, the Japanese were clearly starting to realise they were also losing the war. This in itself would have been a terrible humiliation to them, but they would have found it unbearable if their emperor were to lose what they believed was his divine status.

They therefore began negotiating the conditions of their surrender with two of the three Allies, the Americans and the British, while the Russians were still recovering from their efforts to defeat the Germans. After the victory over Nazi Germany on 8 May 1945 it had been agreed that the Russians would join the battle against the Japanese three months later – on 8 August 1945. And this now seems to have played a part in the Americans’ hasty decision to bomb Japanese people on 6 and 9 August 1945.

They wanted to beat the Russians to it, and make sure they would have no say in what happened to Japan after the war. They had reluctantly had to accept that they had needed communist Russia to beat Hitler’s Germany, and now they saw an opportunity to sideline them. It was the start of the Cold War. Hostility between the capitalist West and communist Russia would last for decades, and would lead to the development of even more weaponry than had been used during the war – and, worse, create sufficient stocks of atomic bombs to destroy the whole of humanity.

We were told that dropping those atomic bombs was the only way to save our lives – right then, and not one day later. To be sure, swift action was needed; but no-one can claim it was just a matter of days. The three Allies should have used those days to jointly achieve a humane peace. My illusion that we owed our freedom to the technological ingenuity of selfless liberators evaporated. We had been pawns in a sinister power play in which the suffering of vast numbers of Japanese men, women and children had counted for nothing.