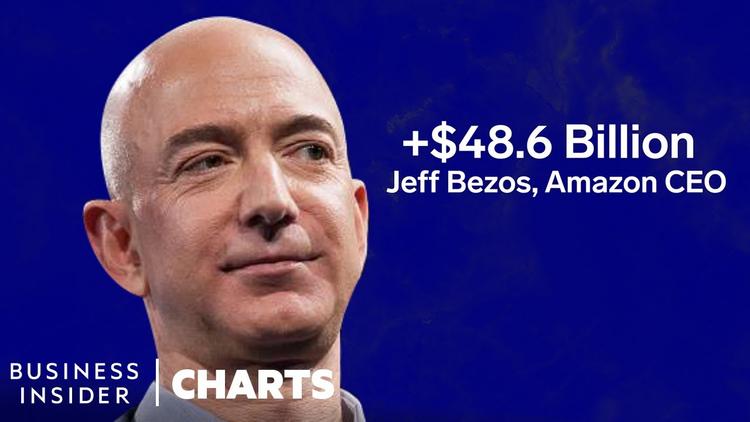 A disturbing milestone in the concentration of US wealth.

By Chuck Collins and Omar Ocampo | –

For the first time in U.S. history, the top twelve U.S. billionaires surpassed a combined wealth of $1 trillion. On Thursday August 13, these 12 held a combined $1.015 trillion.

This is a disturbing milestone in the U.S. history of concentrated wealth and power. This is simply too much economic and political power in the hands of twelve people. From the point of view of a democratic self-governing society, this represents an Oligarchic Twelve or a Despotic Dozen.

Since March 18, the beginning of the pandemic, this Oligarchic Dozen have seen their combined wealth increase $283 billion, an increase of almost 40 percent.

Elon Musk has been the biggest pandemic profiteer, seeing his wealth triple from $24.6 billion on March 18th to $73 billion on August 13, an increase of $48.5 billion or 197 percent.

During the first stage of the pandemic, between January 1st and March 18th, the collective wealth of the Oligarchic Dozen declined by $96 billion. But their wealth quickly rebounded and surpassed their March 2019 Forbes Global Billionaire wealth level. The only exception is Warren Buffett, who is still $2 billion below his March 2019 wealth, but is currently worth $80 billion.

March 18th, 2020 marked the beginning of the Covid-19 lockdown and historic filings for unemployment — and also the intervention of the Federal Reserve with monetary actions to stabilize markets.

Philanthropy is not the answer but is becoming another extension of private power and interests. A number of the Oligarchic Dozen are members of the Giving Pledge, a group of billionaires who promised to give away at least half their wealth before their death. But as an Inequality Brief “Giving Pledge at 10,” by the Institute for Policy Studies reveals, ten years after beginning the Pledge, their combined wealth has doubled. Among the Oligarchic Dozen, five of the top seven billionaires — Gates, Buffett, Zuckerberg, Ellison, and Musk — have taken the Giving Pledge.

Business Insider: “How Billionaires Got $637 Billion Richer During The Pandemic”