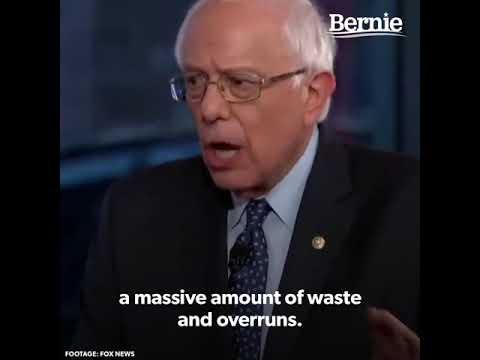 To reduce our reliance on policing and prisons, racial justice leaders are urging that resources devoted to law enforcement be used instead to address the root causes of violence.

( The Progressive) – The bold call by Black Lives Matter activists to defund police has profoundly reshaped the national conversation, but it is only the start of the movement’s sweeping vision for public safety.

To reduce our reliance on policing and prisons, racial justice leaders are urging that resources devoted to law enforcement be used instead to address the root causes of violence, such as the lack of affordable housing, health care, education and jobs.

Cutting military spending would be a boon for the environment as well, since the Pentagon is the single largest consumer of oil, and the largest source of greenhouse gases, on the planet.

Making the necessary investments in our basic social safety net, however, will require redirecting far more than the $115 billion spent annually on policing.

The Pentagon, which was granted a whopping $740.5 billion by the Senate on July 23, should be next on the chopping block.

At the same time, the Senate rejected an amendment put forward by Sen. Bernie Sanders, I-Vermont, to cut 10% of the military’s budget, despite being supported by a majority of American voters.

This would have been a small but needed step in the right direction. However, it would not even have rolled back the increase in military spending since President Donald Trump took office.

While many would dismiss the idea of defunding the armed forces as beyond the pale, some perspective is needed. The Pentagon’s bloated budget could, in fact,

These legislative proposals are following the lead of the Poor People’s Campaign, which has identified $350 billion in cuts to the Pentagon, and the Movement for Black Lives, which for years has called for an even larger, 50% reduction in military spending.

Organizers have the Pentagon in their sights for good reason. Though police officers kill roughly 1,000 people each year, the death toll of the so-called War on Terror is exponentially higher.

According to Brown University’s Costs of War Project, at least 800,000 people have died directly from violence in the U.S.-led wars since 9/11, and tens of millions have been displaced — virtually all of whom are people of color.

The Pentagon also plays a critical role in fueling the militarization of police. Thanks to the Defense Department’s 1033 program, which the Senate

Defunding the Pentagon would also provide a much-needed boost to our economy, which is reeling from the COVID-19 pandemic. Take our historic unemployment crisis, for example. With nearly 50 million Americans newly out of work, studies have shown that government spending on education, health care and clean energy create far more jobs than the Pentagon.

Cutting military spending would be a boon for the environment as well, since the Pentagon is the single largest consumer of oil, and the largest source of greenhouse gases, on the planet.

If we learn anything from these unprecedented and interconnected crises, it should be that war, police and our cruel carceral system do not make us safe. What makes people safe is having a stable climate, a decent place to live, access to medical care and meaningful work.

Now is the time to fundamentally rethink what security means, and to follow the inspiring vision that Black Lives Matter has given us.

This column was produced for the Progressive Media Project, which is run by The Progressive magazine, and distributed by Tribune News Service.

Eric Stoner is a co-founder and editor of Waging Nonviolence, and an adjunct professor at St. Joseph’s College.

Reprinted with the permission of the author.